The theory was simple and compelling: Children are less vulnerable to the new coronavirus because they carry antibodies to other common coronaviruses that cause the common cold. The idea might also explain why some people infected with the new virus have mild symptoms while others — presumably without antibodies to common cold coronaviruses — are much more severely affected.

The notion gained traction particularly among people who claimed that this existing protection would swiftly bring human populations to herd immunity, the point at which a pathogen’s spread slows to a halt as it runs out of hosts to infect. A study in the journal Science, published in December, gave the hypothesis a strong boost.

But for all its appeal, the theory does not hold up, according to a new study published on Tuesday in the journal Cell. Based on carefully conducted experiments with live virus and with hundreds of blood samples drawn before and after the pandemic, the new research refutes the idea that antibodies to seasonal coronaviruses have any impact on the new coronavirus, called SARS-CoV-2.

“Going into this study, we thought we would learn that individuals that had pre-existing, pre-pandemic antibodies against SARS-CoV-2 would be less susceptible to infection and have less severe Covid-19 disease,” said Scott Hensley, an immunologist at the University of Pennsylvania. “That’s not what we found.”

He and his colleagues concluded that most people are exposed to seasonal coronaviruses by age 5. As a result, about one in five people carries antibodies that recognize the new coronavirus.

But these antibodies are not neutralizing — they cannot disarm the virus, nor do they mitigate the severity of symptoms following infection, the team found.

The researchers also compared antibodies to common cold coronaviruses in children and adults and found no difference in the amounts. By contrast, the study in Science had reported that about 5 percent of adults carried those antibodies, compared with 43 percent of children.

That study “reported very high levels of pre-pandemic cross-reactive neutralizing antibodies in kids, something that we did not find,” Dr. Hensley said. (“Cross-reactive” refers to antibodies able to attack similar sites on more than one type of virus.)

“I don’t have an explanation for the difference from the Science study, honestly,” he added.

Perhaps the difference in locations — Pennsylvania, in his study, versus Britain in the previous research — may explain some of the discrepancy, he said.

Other experts said they found Dr. Hensley’s study to be more convincing of the two and more consistent with circumstances in which large groups of people become infected with the new coronavirus. 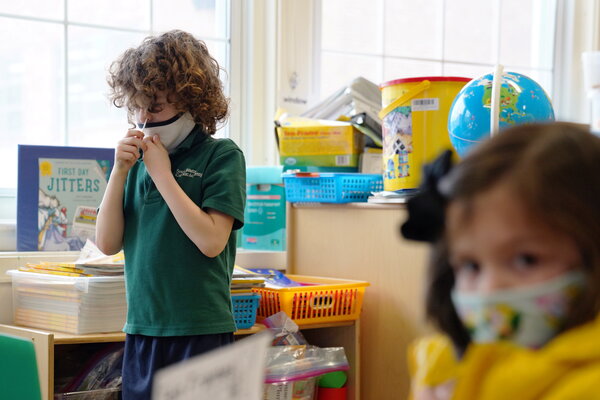 For example, a single person infected with the new coronavirus at a Wisconsin summer camp set off an outbreak that affected 76 percent of the other attendees, noted John Moore, a virologist at Weill Cornell Medicine in New York.

Similarly, on a fishing trawler that left for sea from Seattle, only three sailors who had antibodies to the new coronavirus before the trip stayed virus-free. Those are not the infection rates you would see if protective antibodies were widely distributed in the population, Dr. Moore said.

“The idea that having the snuffles a while back somehow protects you from SARS-CoV-2 infection has always left me cold, but it’s been a persistent urban legend throughout the pandemic,” he said. “Hopefully, this new paper will finally cool everyone down and put such thoughts into the freezer.”

“It’s really nice to have a study that’s this well done,” said Shane Crotty, a virologist at the La Jolla Institute of Immunology in San Diego.

The theory that existing antibodies can protect people from the new virus “has definitely got a strong appeal because at first blush, it can explain a lot of the pandemic,” Dr. Crotty said. “But a beautiful idea doesn’t make it true.”

Dr. Hensley and his colleagues examined samples from 251 people who had donated blood to the University of Pennsylvania before the pandemic and then went on to develop Covid-19.

Those people carried levels of antibodies able to recognize the new coronavirus that were no different from those seen in blood samples drawn from 251 people who remained uninfected. And the levels showed no relationship to the clinical outcome in any of the patients.