In a small study in San Francisco, Abbott’s BinaxNOW identified infectious people nearly as accurately as a P.C.R. test. 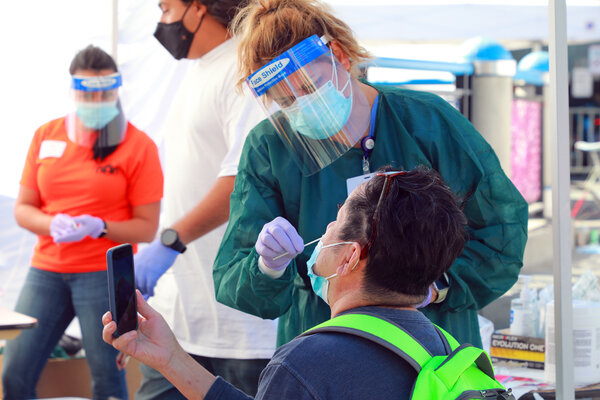 A $5 rapid test for the coronavirus may be nearly as effective as the slower, more complex polymerase chain reaction test for identifying people who may spread the coronavirus, a novel experiment has found.

The study, conducted by scientists at the University of California, San Francisco, is among the first head-to-head comparisons of a rapid test and the P.C.R. diagnostic tool under real-world conditions.

But the number of participants was comparatively small, and the data have not been peer-reviewed or published. A rapid test still cannot conclusively determine that an individual is not infected; the tests are intended primarily to detect the presence of high levels of the virus, rather than its absence, and are authorized only to evaluate symptomatic people.

At the moment, anyone who has been exposed to the virus should be tested by P.C.R., said Joseph DeRisi, an infectious disease expert at U.C.S.F. and a co-leader of the project.

Still, the finding offers hope that rapid tests can be used even more widely to help contain a pandemic that is resurging in the United States. Some epidemiologists have argued that the country relies too heavily on cumbersome P.C.R. tests for screening even as the coronavirus flies through communities. 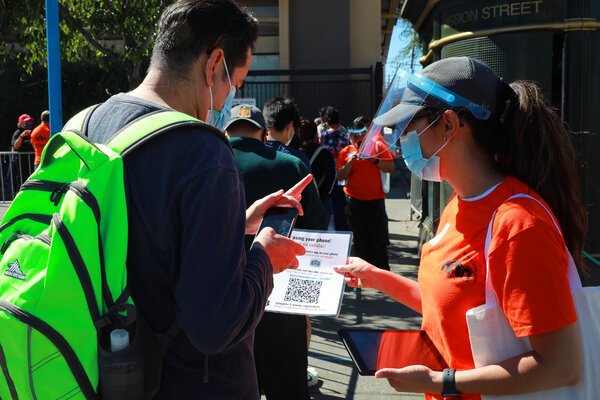 The new test, Abbott’s BinaxNOW, offers results in 15 minutes, compared with the days or weeks people may have to wait for a P.C.R. result.

The Trump administration already has purchased 150 million BinaxNOW tests and plans to ship them to states for use in schools, nursing homes and meatpacking plants. The tests could also be used to screen people in communities where time, trust and resources are in short supply.

The study assessed the BinaxNOW in one such community, a largely Latino neighborhood in San Francisco. On three mornings in late September, as commuters emerged from a BART train station in the Mission District, they were offered two nasal swabs: one for a P.C.R. test, the other for the rapid test with a simple readout.

The commuters received only the P.C.R. result, by text, but the researchers compared both tests.

Of the 878 people who took the tests at the train station, only 26 tested positive on the researchers’ P.C.R. BinaxNOW identified only 15 of them.