Home » Business » When the U.S. sneezes, the world catches a cold. What happens when it has severe COVID-19?

WASHINGTON (Reuters) – During a blue-sky moment in 2018 near the end of a decade-long economic expansion, it was the United States that helped pull the world along as the extra cash from tax cuts and government spending flowed through domestic and global markets. Officials from Mexico to Japan are already on edge. Exports have taken a hit in Germany, and Canada looks south warily knowing that any further hit to U.S. growth will undoubtedly spill over.

“Globally there will be difficult months and years ahead and it is of particular concern that the number of COVID-19 cases is still rising,” the International Monetary Fund said in a review of the U.S. economy that cited “social unrest” due to rising poverty as one of the risks to economic growth.

“The risk ahead is that a large share of the U.S. population will have to contend with an important deterioration of living standards and significant economic hardship for several years. This, in turn, can further weaken demand and exacerbate longer-term headwinds to growth.”

It was a clinical description of a grim set of facts: After the U.S. government committed roughly $3 trillion to support the economy through a round of restrictions on activity imposed to curb the virus in April and May, the disease is surging in the United States to record levels just as those support programs are due to expire. More than 3.6 million people have been infected and 140,000 killed. Daily growth in cases has tripled to more than 70,000 since mid-May, and the 7-day moving average of deaths, after falling steadily from April to July, has turned higher.

Meanwhile the country has fractured over issues like mask-wearing that in other parts of the world were adopted readily as a matter of common courtesy. With some key states like Texas and California now reimposing restrictions, analysts have already noted a possible plateau to the U.S. recovery with the country still 13.3 million jobs shy of the number in February.

For other major economic powers, that is a weight added to their own struggles with the virus and the economic fallout.

The U.S. economy accounts for about a quarter of world gross domestic product. Though much of that is service-related, and much of the direct impact of the virus is tied up in industries like restaurants with weak links to the global economy, the connections are still there. A lost job leads to lower consumer spending leads to fewer imports; weak business conditions lead to less investment in the equipment or supplies that are often produced elsewhere.

In Germany, whose measures to contain the pandemic are considered to have been among the most effective, exports to the United States plunged 36% year-over-year in May. Analysts see little prospect for improvement, with year-to-date U.S. auto sales through June down nearly 24% from a year earlier.

“That is really a disappointment,” said Gabriel Felbermayr, president of the Kiel Institute for the World Economy, in a recent interview with radio network Deutschlandfunk. The spike in U.S. infections, he said, could not have been expected.

In Japan, the speed of the recovery is seen tied directly to U.S. success in stemming the virus.

“Japan’s recovery will be really delayed if the spreading of the coronavirus in the United States isn’t stopped and U.S.-bound exports from various Asian countries don’t grow,” said Hideo Kumano, a former Bank of Japan official who is now chief economist at Dai-ichi Life Research Institute.

PESSIMISM AT BOTH BORDERS

The IMF projected U.S. GDP will shrink this year by 6.6%, in line with many analysts’ projections.

The Bank of Canada is more pessimistic, forecasting U.S. GDP to fall 8.1% on the year. That has already been lowered once as the health situation decayed.

A further leg down would hit Canada directly, with perhaps three-fourths of the country’s exports headed over the U.S. border.

“We did take down our U.S. projection … I would underline that there’s a lot of uncertainty, and the principle source of the uncertainty is the evolution of the coronavirus itself,” said BOC governor Tiff Macklem.

At the southern border, Mexico is also posting record daily numbers of new cases, but President Andres Manuel Lopez Obrador has at times deflected criticism of his government’s efforts by pointing to the U.S. numbers.

Lopez Obrador undertook a risky visit with President Donald Trump earlier in July, couching his journey to Washington as a matter of economic necessity as Mexico attempts to revive an economy that could shrink by 10% or more this year, according to forecasts. 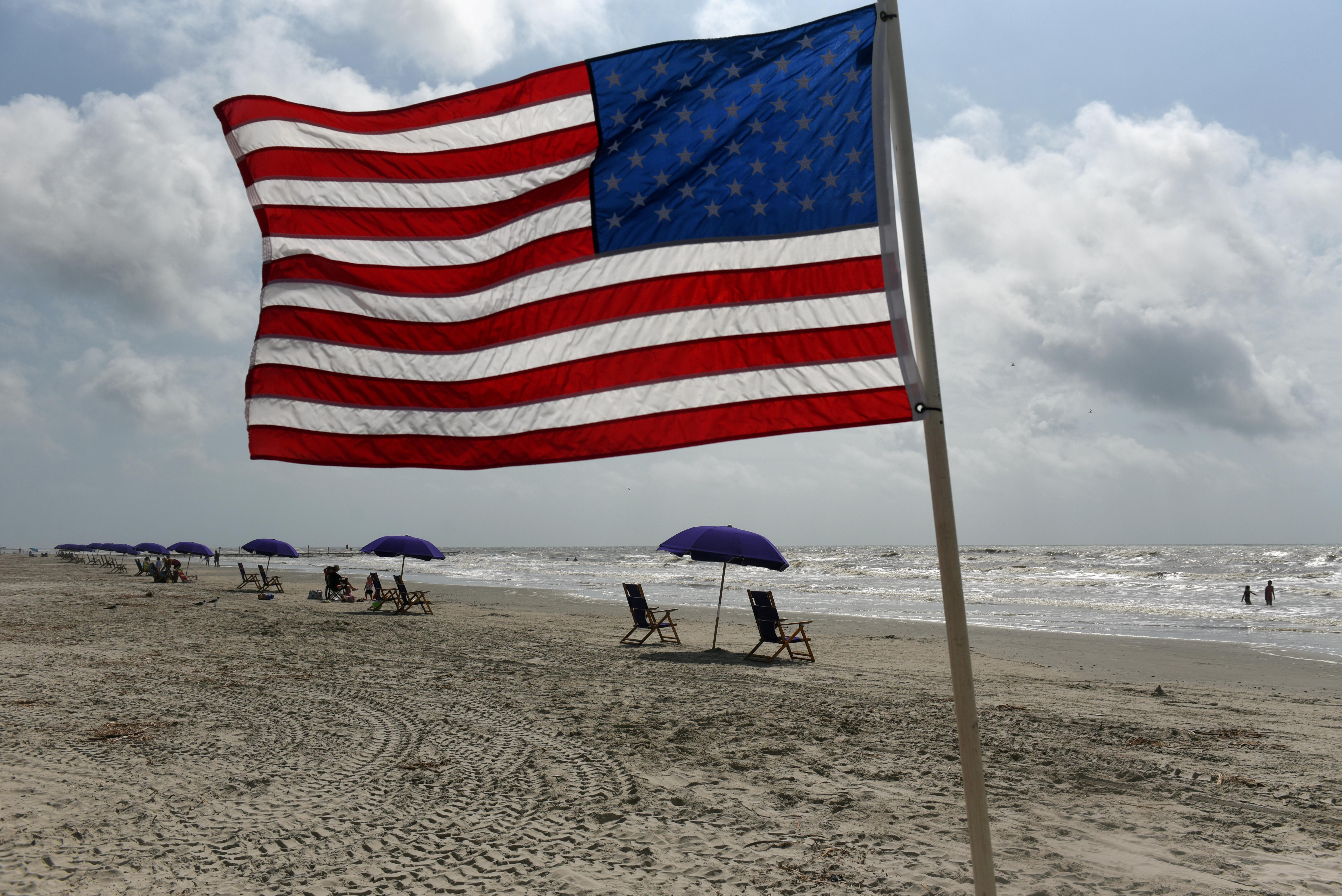 The Mexican president hopes the new United States-Mexico-Canada Agreement (USMCA) trade deal, which took effect on July 1, will spur business and investment, but pessimism about the outlook has been growing.

“To the point that people in the U.S. are losing jobs or incomes it is a downward weight … and it will have ramifications on the ability to consume globally,” said Elizabeth Crofoot, senior economist at the Conference Board, which documented a record drop in global consumer confidence in a recent survey.

“We take one step forward and two steps back.”

‘Every Day Is Frightening’: Working for the Top U.S. Employer Amid Covid

LATAM's bankruptcy filing to delay its Brazil bailout to at least July: sources