Home » Time for a Tantrum? 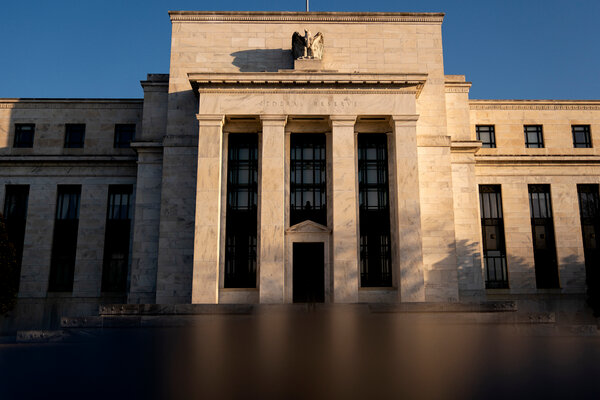 The bond market gets fussy

The S&P 500 suffered its worst single-day drop in a month yesterday, with tech stocks hard hit. But the big story is in bonds, where yields surged (and prices fell) as investors worried that the Fed wasn’t, well, worried enough.

Is this another “taper tantrum”? The sharp rise in government bond yields in recent days, particularly in the longer-dated maturities used as benchmarks for consumer loans and mortgages, reminded many of the 2013 “taper tantrum.” Then, a jump in yields followed comments from Ben Bernanke, the Fed chairman at the time, that he would taper off the central bank’s emergency bond-buying program, which was propping up markets after the financial crisis.

This time, the Fed isn’t suggesting anything like that. Instead, it’s the central bank’s calm despite a potential surge in post-pandemic economic growth that seemingly spooks investors. They fear that keeping rates low and stimulus flowing freely will stoke inflation, which would require raising rates and withdrawing stimulus sooner than expected.

Cue the toddler metaphors. As every parent knows, there are several stages that a child goes through before hitting a full-blown tantrum:

“As long as the Fed is far away from tapering, it is too early to throw a serious taper tantrum,” Holger Schmieding of Berenberg wrote.

This is a “tantrum without the taper,” noted analysts at TD Securities (and others).

The financial adviser Richard Bernstein, in a Financial Times op-ed, wrote that the Fed should ignore the bond selling, likening it to teaching “babies to self-soothe and fall asleep on their own.”

But what if the tantrum is for real? A truly serious bond sell-off often leads to “contagion, illiquidity, busts, bankruptcies” and other ills, across all assets, analysts at Bank of America noted. That said, the 2013 tantrum faded relatively quickly and markets regained their footing. Now, the “only reason to be bearish is there is no reason to be bearish,” the analysts wrote (as good a reason as any for most tantrums).

Stocks are still mostly up on the year, and futures this morning suggest that equities and bonds are set for modest gains as cranky investors calm down — or take a breather before resuming their protest.

A minimum wage lift is blocked from the stimulus bill. The Senate’s parliamentarian ruled that the proposal to raise the federal minimum rate to $15 an hour couldn’t be included in President Biden’s $1.9 trillion plan. Democratic senators are studying ways to raise taxes on companies that don’t pay that rate as a workaround. (Costco won’t be one of them: It plans to raise its minimum wage to $16 an hour.)

The White House enlists corporate America in the pandemic fight. Major trade groups like the Chamber of Commerce and companies like Ford, the Gap and Uber will announce measures to join Mr. Biden’s call for a “wartime” mobilization, The Morning newsletter’s David Leonhardt reports. Steps will include donating face masks and giving people free rides and paid time off to get vaccinated.

The finance firm TIAA hires a top JPMorgan Chase executive as its next C.E.O. Thasunda Brown Duckett, the head of Chase Consumer Banking, will become one of only a few Black C.E.O.s in the Fortune 500 when she succeeds Roger Ferguson. (TIAA is also the first Fortune 500 company to have two Black C.E.O.s in a row.)

States are beginning to ease pandemic lockdowns. Governors across the U.S. are relaxing restrictions as infection rates decline and vaccinations increase. But Republicans are moving more quickly than Democratic counterparts.

Coinbase draws back the curtain as it prepares to go public. The cryptocurrency exchange disclosed its finances in its public filing for a direct listing yesterday, revealing that it made a $322 million profit, on $1.3 billion in revenue, last year. It warned that its fortunes were tied to the volatile nature of the crypto market.

AT&T is spinning off its television businesses — DirecTV, AT&T TV and U-verse — into a unit that will have the private equity group TPG as a minority shareholder. The deal values the brands at $16.25 billion, or about a quarter of the $67 billion value AT&T placed on DirecTV when it bought it in 2015.

“We certainly didn’t expect this outcome when we closed the DirecTV transaction in 2015, but it’s the right decision to move the business forward,” John Stankey, AT&T’s chief, told analysts. Streaming businesses have eaten into the earnings of broadcast companies like DirecTV: Over the past year, the unit lost more than three million subscribers. But despite falling sales and profits, it generates more than $4 billion in annual cash flow.

AT&T wants to focus on telecom and streaming. The company’s biggest forays beyond its wireless business — the DirecTV deal and the $85 billion purchase of Time Warner in 2018 — contributed to its $157 billion in debt. (It also bid $23 billion this week on 5G spectrum licenses.) The company will continue to consider selling noncore assets to pay down that debt, sources told DealBook.

They did not specify which units could be on the block, but AT&T executives suggested in a call with analysts that it would evaluate the company’s DirecTV Latin America business, which is not part of yesterday’s deal. There has also been speculation that it might consider selling CNN.

Some of the academic research that caught our eye this week, summarized in one sentence:

Tech start-ups that stay private for extended periods “allow for a buildup of bad choices and testy behaviors,” not unlike a prolonged adolescence. (Donald Langevoort and Hillary Sale)

This week, the regulator announced that it would “enhance its focus on climate-related disclosure in public company filings,” eventually updating guidelines issued in 2010. The timing of the announcement comes just days before the Senate confirmation hearings for Gary Gensler, President Biden’s pick to lead the commission. It puts the issue “front and center,” said the securities law partner Joseph Hall of Davis Polk.

The S.E.C. “is setting the stage, sending a signal that we are no longer in an administration where ‘climate change’ is a forbidden term,” Mr. Hall said. “It’s a warning flare to let people know new disclosure rules are coming down the pike.” He said he expected Democrats to push Mr. Gensler on adopting specific disclosure requirements, while Republicans will probably lobby for a more vague, principles-based system that gives companies extra leeway.

“It’s a significant statement and one companies can see as an opportunity,” according to Wes Bricker of PwC, a former chief accountant at the S.E.C. Mr. Bricker said he thought that many companies had already moved beyond what’s required under the old framework, responding to the market’s increasing demands for transparency on their environmental impact. For companies that are not there yet, the S.E.C.’s announcement is a reminder of the direction things are heading.

The business of pain

In “Crisis,” a new movie about the opioid-addiction disaster by the writer and director Nicholas Jarecki, three interwoven stories offer radically different perspectives. Together, they show how fundamentally decent people — doctors, police officers, academics, government scientists, parents, children, people in pain and pharma executives — can make bad decisions in a subtly corrupting system. DealBook spoke with Mr. Jarecki about the film, out in theaters today and streaming next Friday. (The interview was edited and condensed for clarity).

I had a friend who got involved with opioids many years ago and died. It was perplexing. No one understood. How did this happen? It turns out that opioids affect people very differently and that pills were far more addictive than drug makers admitted. Meanwhile, doctors were overprescribing, encouraged by pharmaceutical companies. We’re used to demonizing addicts, though in the last 10 years awareness of these problems has increased. Still, people are dying as we speak.

Gary Oldman plays a professor who accidentally discovers the truth. Is he a good guy?

He is compromised. I like characters who are conflicted because life is really more in the gray areas. Gary’s character is almost a rubber-stamp guy for a pharmaceutical company because I found in my research that doing routine lab work for corporations can bring a lot of money into schools, which suggests an inherent conflict. The professor gets caught in that. His boss is saying, “Do we really want to rock the boat?” He’s not sure. But his actions, his dealings with the university and government and drug company, have ramifications for other characters.

Do you blame corporations?

There’s no villain in this film sitting in a corporate boardroom thinking of how to kill people. But I do like to look at institutional dysfunction and systemic corruption. I’m fascinated by the role of money in American society, how well-meaning people can be perverted by financial incentives. The question then is whether there are adequate safeguards and regulations and how much responsibility we have to change things.

Can you talk about professionalism, how the concept shifts for characters?

There’s a scene where an undercover officer is seething over police bureaucracy and his boss warns him to be professional. She can sense he wants to break the rules. She’s telling him, “We’re here to serve a specific role, a certain function.” She wants him to stay in his lane, but maybe to do the right thing you have to do the wrong thing sometimes. Maybe we shouldn’t always stay in our lanes.

The investment firm L Catterton agreed to buy control of the footwear maker Birkenstock, reportedly at a valuation of around 4 billion euros, or $4.9 billion. (FT)

Demand for shares of Robinhood in private secondary markets is soaring, despite criticism of the online brokerage’s actions during the meme-stock frenzy. (CNBC)

Soho House, the private members’ club chain, reportedly plans to go public next month at a valuation of $3 billion. (FT)

The House passed a bill providing sweeping protections against discrimination on the basis of sexual orientation or gender identity, though it faces long odds in the Senate. (NYT)

Both Airbnb and DoorDash disclosed huge losses in their first earnings reports since going public. (NYT)

Best of the rest

U.S. billionaires have added $1.3 trillion to their collective net worth during the pandemic, up 44 percent from last March. (Business Insider)

Hasbro is dropping the “Mr.” from its Mr. Potato Head brand line “to promote gender equality and inclusion” — though Mr. and Mrs. Potato Head will keep their courtesy titles. (NYT)

Jay-Z’s deal with LVMH shows he’s a businessman as well as a business, man. (FT)

We’d like your feedback! Please email thoughts and suggestions to [email protected]

Duncan Bridgeman: Could Westpac juice up the New Zealand sharemarket?