LONDON (Reuters) – The coronavirus panic is jolting stock markets, with steep drops in major indexes grabbing the public’s attention. But behind the scenes, there is less understood and potentially more worrying evidence that stress is building to dangerous levels in crucial arteries of the financial system. 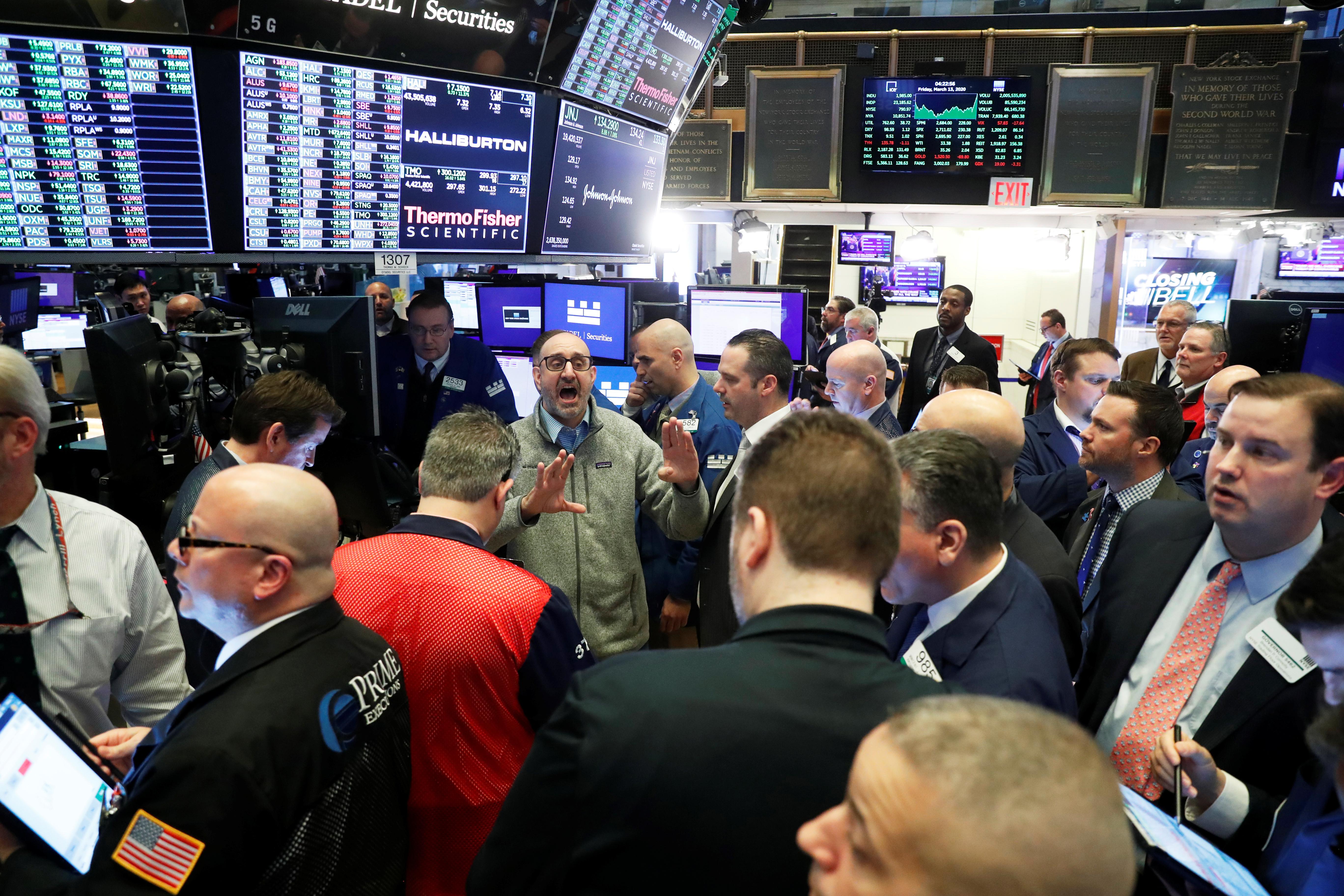 Bankers, companies and individual investors are dashing to stock up on cash and other assets considered safe in a downturn to ride out the chaos. This sudden flight to safety is causing havoc in markets for bonds, currency and loans to a degree that hasn’t been seen since the financial crisis of a dozen years ago.

The key concern now, as in 2008, is liquidity: the ready availability of cash and other easily traded financial instruments – and of buyers and sellers who feel secure enough to do deals.

Investors are having trouble buying and selling U.S. Treasuries, considered the safest of all assets. It’s a highly unusual occurrence for one of the world’s most readily tradable financial instruments. Funding in U.S. dollars, the world’s most traded currency, is getting harder to obtain outside the United States.

The cost of funding for money that companies use to make payrolls and other essential short-term needs is rising for weaker-rated firms in the United States. The premium investors pay to buy insurance on junk bonds is increasing. Banks are charging each other more for overnight loans, and companies are drawing down their lines of credit, in case they dry up later.

Taken together, warn some bankers, regulators and investors, these red flags are starting to paint a troubling picture for markets and the global economy: If banks, companies and consumers panic, they can set off a chain of retrenchment that spirals into a bigger funding crunch – and ultimately a deep recession.

Francesco Papadia, who oversaw the European Central Bank’s market operations during the region’s debt crisis a decade ago, said his biggest fear is that the “illiquidity of markets, generated by extreme uncertainty and panic reaction” could “lead to markets freezing, which is an economic life-threatening event.”

“It does not seem to me we are there already, but we could get there quickly,” Papadia said.

A sign of the times is a hashtag now trending on Twitter: #GFC2 – a reference to the possibility of a second global financial crisis.

The warning signals so far are nowhere near as loud as they were in the 2008-2009 financial crisis, or the 2011-2012 euro zone debt crisis, to be sure. And policymakers are acutely aware of the weaknesses in the financial-market plumbing. In recent days, they have ramped up their response.

Central banks have cut interest rates and pumped trillions of dollars of liquidity into the banking system. This week, the New York Federal Reserve, which spearheads market-stabilization efforts for the U.S. central bank, offered $1.5 trillion in short-term loans and said it would start purchasing a broader range of U.S. Treasury securities. It cited “highly unusual disruptions in the market for Treasury securities associated with the coronavirus outbreak.”

“The one thing central banks know how to do following the experience of 2008 is to prevent a funding crisis from happening,” said Ajay Rajadhyaksha, head of macro research at Barclays Plc and member of a committee that advises the U.S. Treasury on debt management and the economy.

While the panic sweeping markets is reminiscent of the 2008 financial crisis, comparisons only go so far. Central bankers have last decade’s shocks fresh in their memories. Another key difference: Banks are in better shape today.

Instead, investors and analysts said, the risk this time comes from the pandemic’s impact on the real economy: shuttered shops, travel bans and sections of the labor force sick or quarantined. The freeze means a severe blow for corporate revenues and earnings and overall economic growth, and for now, there is no end in sight.

Countrywide quarantines to block the virus, such as Italy’s, mean “businesses are going to be hit really hard when it comes to receipts, to revenue,” said Stuart Oakley, who oversees forex trading for clients at Nomura Holdings Inc. “However, liabilities are still the same: If you own a restaurant and you borrow money for the rent, you’ve still got to make that monthly payment.”

JPMorgan Chase & Co economists expect first-half contractions in growth across the globe. And this is as the U.S. response to the coronavirus is only getting started.

Investors and regulators have been alarmed, in particular, by liquidity problems in the $17 trillion U.S. Treasuries market.

There are several signs that something is off. Interest rates, or yields, on Treasuries and other bonds move in inverse relation to their prices: If prices fall, the yields rise. Changes are measured in basis points, or hundredths of a percent.

Typically, yields move a few basis points a day. Now, large and unusually quick swings in yields are making it hard for investors to execute orders. Traders said dealers on Wednesday and Thursday significantly widened the spread in price at which they were willing to buy and sell Treasury bonds – a sign of reduced liquidity.

“The tremors in the Treasury market are the most ominous sign,” said Papadia, the ex-ECB official.

Another alarming signal is the premium non-U.S. borrowers are willing to pay to access dollars, a widely watched gauge of a potential cash crunch. The three-month euro-dollar EURCBS3M=ICAP and dollar-yen JPYCBS3M=ICAP swap spreads surged to their widest since 2017, before dropping on Friday after central banks pumped in more cash.

A measure of the health of the banking system is flashing yellow. The Libor-OIS spread USDL-O0X3=R, which indicates the risk banks are attaching to lending money to one another, has jumped. The spread is now 76 basis points, up from about 13 basis point on Feb. 21, before the coronavirus crunch began in the West. In 2008, it peaked at around 365 basis points.

Credit ratings firm Moody’s warns that defaults on lower-rated corporate bonds could spike to 9.7% of outstanding debt in a “pessimistic scenario,” compared with a historical average of 4.1%. The default rate reached 13.4% during the financial crisis.

The cost of insuring against junk debt defaults jumped on Thursday to its highest level in the United States since 2011 and the loftiest in Europe since 2012.

Some companies are now paying more for short-term borrowing. The premium that investors demand to hold riskier commercial paper versus the safer equivalent rose to its highest level this week since March 2009.

Several companies are drawing down on their credit lines with banks or increasing the size of their facilities to ensure they have liquidity when they need it. Bankers said companies fear lenders may not fund agreed credit lines should the market turmoil intensify.

An official at a major central bank said the situation is “pretty bad, as all stars are aligned in a negative way.””Cracks will start to emerge soon,” the official said, “but whether they will develop into something systemic is still hard to say.”