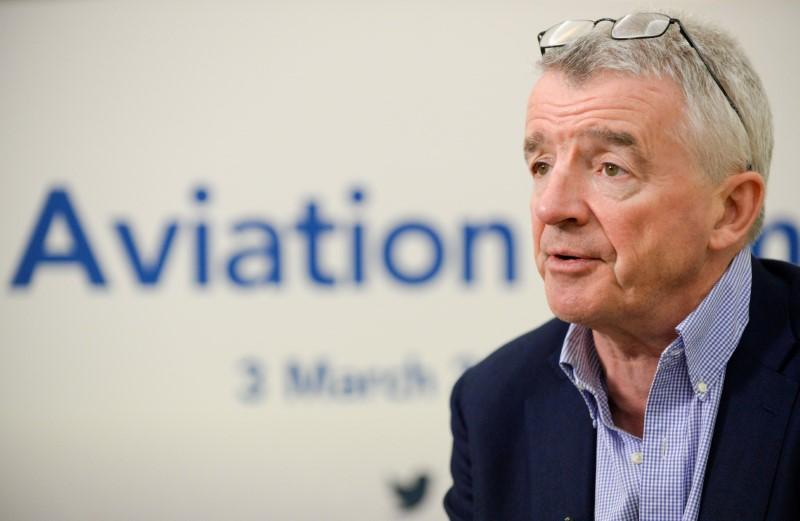 DUBLIN (Reuters) – Ryanair (RYA.I) has the cash to survive for “maybe even 12 months” with no flights or revenue as the coronavirus shuts the air travel industry down, CEO Michael O’Leary said in an interview with the Financial Times on Friday.

O’Leary said that he and the rest of the airline’s employees will take a 50% pay cut for the months of April and May, the newspaper reported.

He said he was working on a best-case scenario of two-three months in which flights would be grounded and revenues would vanish, but said “honestly none of us have any idea.”

“The priority here for us as a company is how do we preserve as much cash so that if we have to operate for three, six, nine, maybe even 12 months, with no flights and no revenues how do we survive that, do we have the cash to survive that and we believe we do,” O’Leary was quoted as saying.

Ryanair had cash and cash equivalents of over 4 billion euros as of March 12, the newspaper quoted O’Leary as saying.

In addition, the group has undrawn credit lines and nearly 300 aircraft that it owns with a current value of about $8-$10 billion, Mr O’Leary was quoted as saying, adding that he did not expect the airline to have to draw on the credit lines for the moment.

Hand-sanitisers popped into inflation basket as white chocolate melts away