Home » Business » Retailers drop MyPillow amid fallout from comments by its pro-Trump founder. 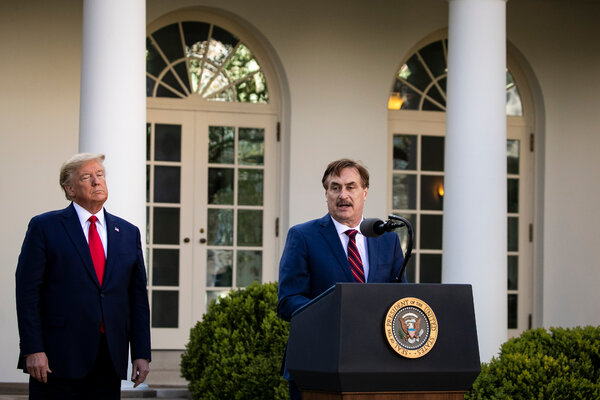 Bed Bath & Beyond and Kohl’s said they were dropping products from MyPillow amid a backlash to comments made by Mike Lindell, the bedding company’s chief executive, who has been promoting debunked conspiracy theories involving the election on social media.

Mr. Lindell said that Kohl’s and Bed Bath & Beyond acted after people on social media started pressuring them, according to an interview posted Monday on a pro-Trump site called Right Side Broadcasting Network. Mr. Lindell, who said that he had spoken with Bed Bath & Beyond minutes before the interview, claimed without citing evidence that the criticism was coming from fake accounts.

Bed Bath & Beyond said on Tuesday that its decision was rooted in MyPillow’s performance. “We have been rationalizing our assortment to discontinue a number of underperforming items and brands,” a representative said in a statement. A spokeswoman for Kohl’s said that “there has been decreased customer demand for MyPillow,” and that the chain did not plan to buy future inventory after clearing out its supply.

Mr. Lindell, whose company is a major advertiser on Fox News, has become a prominent supporter of President Trump. He drew a wave of attention last week after a photograph of partially visible notes he was carrying into the White House showed a mention of the Insurrection Act. MyPillow also offered a “FightforTrump” discount code on the day of the Capitol riots. On social media, groups like Sleeping Giants, which was created to choke off advertising dollars to Breitbart News, have been asking vendors about their support for MyPillow products.

Mr. Lindell railed against Sleeping Giants in the interview.

“These guys don’t understand, they’re scared,” Mr. Lindell said of Bed Bath & Beyond and Kohl’s. “They were good partners. In fact, I told them, you guys come back any time you want.”