The fight is on for the future of Kohl’s Corp.

While Michelle Gass, chief executive officer and a director at Kohl’s, has been pushing to reinvigorate the off-mall mainstay — linking with Amazon for returns, cutting brands to sharpen the women’s offering and partnering with Sephora for a big push in beauty — the activists have been eyeing the company’s real estate, operations and market share.

Shortly after the Sephora deal was cut in December — potentially Gass’ biggest move to date — the activists pounced and started to pressure the retailer with some behind-the-scenes needling.

Those quiet talks ultimately exploded into public view Monday, with the investors proposing a complete change out in the Kohl’s board of directors, setting up a potential showdown at the firm’s annual shareholder meeting. Kohl’s has yet to set a date for its annual meeting, which last year was held in May.

The activists — Macellum Advisors, Ancora Holdings Inc., Legion Partners Asset Management and 4010 Capital — sent an open letter to shareholders on Monday, exhaustively detailing all the ways they say the company has failed to gain market share over the past decade, even as a host of competitors succumbed to bankruptcy or lost sales. While activists often take small stakes in companies and make a lot of noise hoping to spur change, the investors have made a sizable investment in Kohl’s, beneficially owning 9.5 percent of the company or 15 million shares, including 3.5 million call options that are currently exercisable.

Investors in general tend to react positively at first when activists start pushing for companies to boost profitability and Kohl’s stock jumped 6.2 percent to $55.99, giving the firm a market capitalization of $8.8 billion.

Jonathan Duskin, CEO of Macellum, told WWD that Kohl’s offered to make small changes to the board (and it did name a new director last week), but that the company needs a complete board overhaul.

“Things just kind of came to an end,” Duskin said of the talks with the company. “I think they were being unrealistic and I think they have their heads in the sand about how severe the situation is….We’re just here to help, this could be a great company, it’s just been poorly managed.”

Duskin said it was possible the campaign could be settled in some way — often times such cases are worked out before they get to costly shareholder vote. But Duskin, who is one of the proposed directors, is keen to help boost the company. 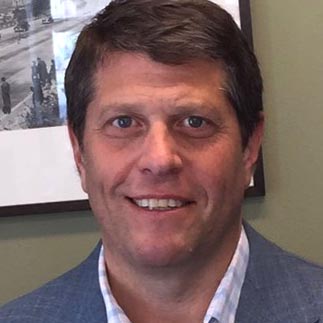 The case against Kohl’s includes many of the hallmarks of activist campaigns, including complaints about excessive executive pay (noting that compensation for the company’s top five executives grew to $30 million in 2019 from $20 million in 2010) and cost controls epitomized by private jets (the letter notes that Kohl’s maintains a full-time flight crew and two jets).

“The investor group believes Kohl’s stock price has chronically underperformed against its peers and relevant indices because the board has failed to help develop and oversee a strategic plan to respond to a rapidly changing retail landscape,” the activist group said in its letter. “Over the past decade, the company has lost market share to other retailers and suffered declining gross margins, despite increasing [selling, general and administrative] spend, capital investments and executive compensation. These persistent failures have been led by several different senior executive teams but overseen by substantially the same board.”

The retailer responded to the activist campaign with a long defense of its own, while also acknowledging talks with the investors and maintaining its interest in new ideas to improve operations.

“We reject the investor group’s attempt to seize control of our board and disrupt our momentum, especially considering that we are well underway in implementing a strong growth strategy and accelerating our performance, and we have refreshed half our board with six new independent directors since 2016,” Kohl’s said. “Today is the first time the investor group has shared any details about their plans to create value. Our new strategic plan already includes several initiatives they propose and we have also determined that other ideas they propose would not be accretive to shareholder value. The company’s board and management will continue to engage with the investor group with the goal of identifying new ideas that could enhance shareholder value.”

The retailer also noted that seven equity analysts and debt analysts have upgraded the company since it laid out its latest strategic plan in October. Since then, Kohl’s noted its stock price is up more than 170 percent, outperforming the S&P 500 by more than 150 percent.

Kohl’s also pointed out that it is “building a transformational beauty business with Sephora” that “illustrates the bold moves that we are making to accelerate our growth and expand our scale in-store and online.” The company has also been working on its women’s business, appointing new leadership over the area while also exiting 10 down-trending brands, such as Dana Buchman.

Activists have a mixed record in retail, but have helped spur some companies to action.

John Ruth, CEO and founder of Build Asset Management, said activists have a place in the market and, while the process is sometimes confrontational, some pressure and a strong argument can help bring about important change.

“Today, the most important thing probably is to establish a healthy dialogue,” Ruth said. “If I were running a retail business today, it’s probably frustrating at first blush to have someone show up and say, ‘Hey, this could be done better,’ and that’s a nice way to put it. If it were running a traditional brick-and-mortar retail business, I would want everybody to be challenging the concepts of old.

“Our society has to get back to a state of embracing debate, whether you agree or disagree, embrace the opportunity for someone to intellectually convince you that their idea is better than yours,” he said.

Aside from proposing a new slate of directors, the activists most immediate push at Kohl’s is for the company to tap into the $7 billion to $8 billion in “non-core, non-earning real estate assets,” including $6.2 billion in stores as well as the company’s Menomonee Falls, Wis., headquarters and various distribution centers.

“This value is trapped on the balance sheet, creating no shareholder value and forcing the company to pursue an asset-intensive, inflexible model that obscures its operational underperformance,” the activists said. “The investor group believes that the company could unlock at least $3 billion through sale-leaseback transactions with a high degree of certainty in 60 to 90 days. Such transactions would enable Kohl’s to effectively sell non-core, non-earning assets for approximately 14 to 15-times [earnings before interest, taxes, depreciation and amortization] representing a substantial premium to the company’s current enterprise value to 2019 EBITDA multiple of 4.8-times.

“The investor group estimates that $3 billion in sale-leaseback proceeds, combined with an effectively executed share repurchase program, could increase [earnings per share] by at least 25 percent,” the activists said.

Activists have long been tempted by retailers’ massive and often seen as undervalued real estate portfolios.

Pershing Square’s Bill Ackman made a high-profile and ultimately unsuccessful run at Target Corp. and Starboard Value’s Jeffrey Smith made a push for Macy’s Inc. to spin off its real estate (a deal that never happened although the company did take steps to draw some more value out of its portfolio).

Sale-leaseback deals — where stores stay put, but start paying rent — can transfer value locked up in the stores to shareholders, but it can also strip retailers of key assets that can act as a kind of financial cushion when things get tough. The counter argument is that when company’s operations aren’t growing and stock prices sag, the value locked up in real estate is what is left and due to shareholders.

Specifically on real estate, Kohl’s countered: “We regularly evaluate the opportunity to create value with sale-leaseback transactions. Historically this approach has not offered the optimal cost of capital relative to other alternatives. We recently utilized this tool during the pandemic when it delivered the lowest cost of capital. In addition to the inefficiency of this approach for Kohl’s at this time, our indenture written in 1995 currently restricts further sale-leaseback transactions.”

Besides real estate, the activists have a long list of changes they would like to see in light of the fact that 2019 sales of $18.9 million represented growth of only 0.5 percent or $100 million from 2011. The activists noted that with a new board, Kohl’s could zero in on any number of areas to rev up its business and put forward an “action plan” that prioritizes, among other items:

In Washington, ‘Free Trade’ Is No Longer Gospel