A group campaigning for lower fuel prices has demanded urgent intervention, claiming drivers are being “fleeced” as costs continue to hit record levels.

FairFuelUK (FFUK), which has backing from haulage and logistics lobby groups, told Sky News it was clear that the Competition and Markets Authority should look at how “rip-off” pump prices are calculated after President Biden ordered a similar investigation in the United States.

It also called for the government to establish an independent pricing watchdog, claiming that “faceless businesses” were currently “fleecing drivers to the tune of £5.9m per day more than necessary”. 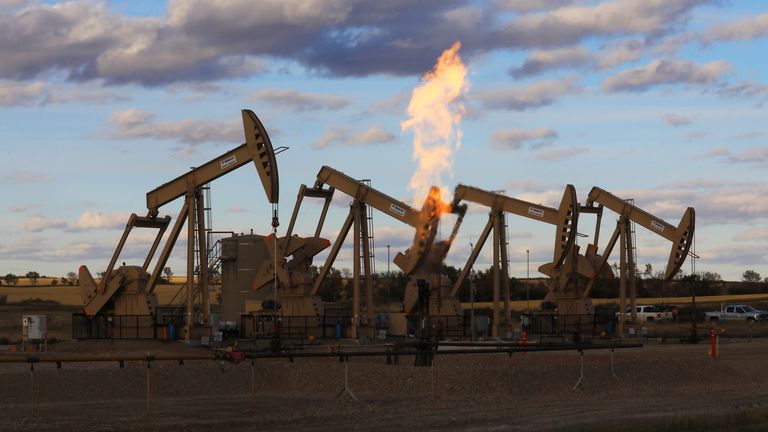 “If gas, electricity, water and telecoms get price protection bodies, why shouldn’t motorists have one too?”, it argued.

Retailers responded by pointing to a multitude of factors behind rising prices, not just wholesale costs.

FairFuelUK spoke up after the AA released data showing that a 5.6p fall in wholesale diesel and unleaded costs last week was yet to filter through and ease record pump prices.

There have been growing suggestions in recent weeks of profiteering by retailers – filling stations which failed to reflect the collapse in oil costs at the start of the pandemic.

Motoring organisations have widely said that the first lockdown should have seen prices tumble below £1 a litre if they were to truly reflect the market.

They argued that margins were being protected at a time of low fuel demand.

Pump prices have been rising steadily this year – hitting record levels in recent weeks – reflecting rising Brent crude oil costs above $80 a barrel compared to $50 at the end of 2020. 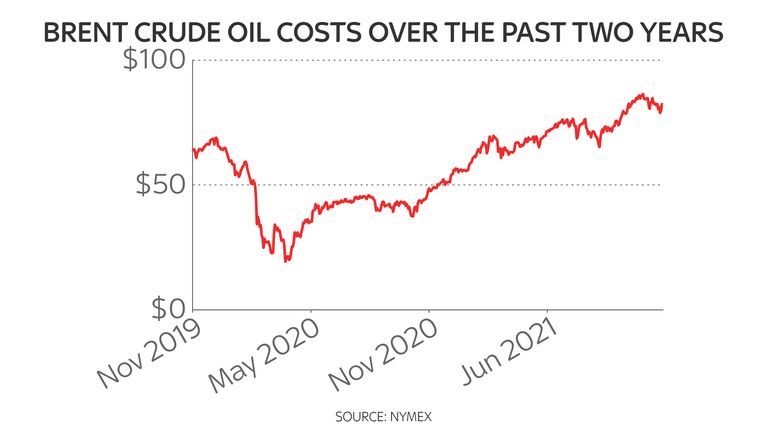 The AA highlighted Experian Catalist data showing that price rises were, at best, slowing in response to the decline in wholesale prices.

The motoring group’s own recent survey showed that 43% of drivers were cutting back on car use because of the record prices.

Luke Bosdet, the AA’s fuel price spokesman, said: “Oil’s resurgence back above $80 a barrel this week, despite yesterday’s decision by the US, UK and other nations to release oil from strategic reserves into the market, has been a blow for drivers and consumers looking for at least some relief from the inflation threatening Christmas spending plans.

“Even so, there was a big drop in wholesale petrol and diesel costs last week and, so far, the fuel trade has shown little sign of passing on the savings.

“A fortnight on, they are down to 49p. Consumers and businesses cannot afford for retailers to hold back potential price cuts of £2 to £3 a tank. 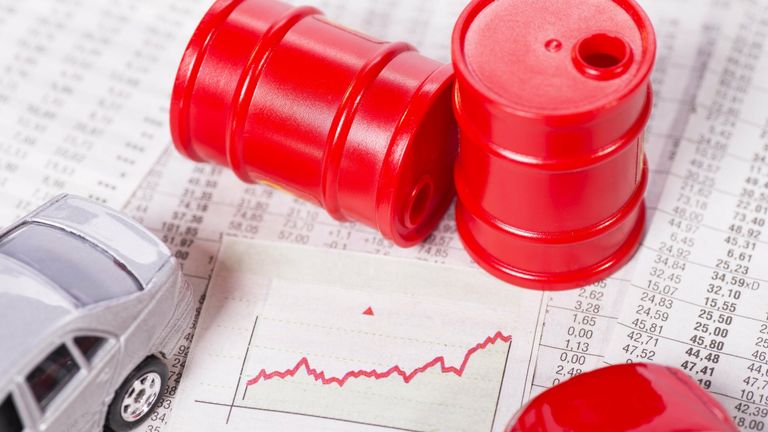 “Hanging on to see if costs will recover and therefore supposedly justify keeping prices high cannot be an option for an essential item of the weekly spend.”

The Petrol Retailers’ Association (PRA), representing two-thirds of all UK forecourts, told Sky News that factors including oil price fluctuations and a weakening of the pound – compared to dollar-priced Brent – were behind continued record prices. 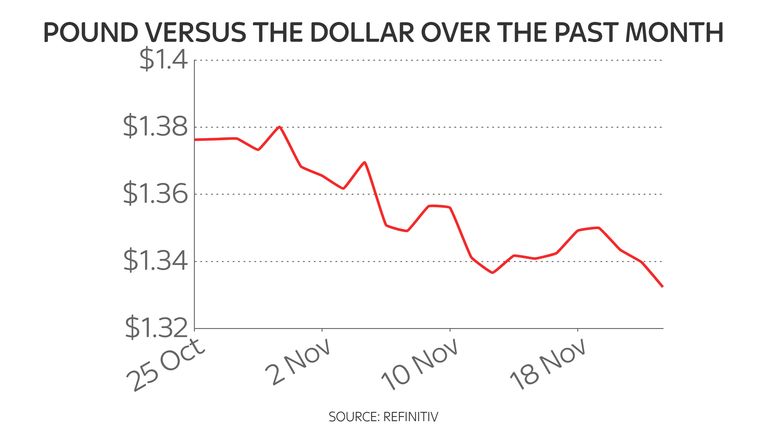 Its executive director, Gordon Balmer, said: “In addition, members are having to suffer acute cost increases with labour going up on the back of the National Minimum wage rises, the prospect of National Insurance increases and in some cases a near trebling of electricity prices compared to 2020.

“It must be remembered that retailers earn only very small margins from significant levels of fuel card transactions and this needs to be accounted for when assessing gross margins.

“It is our very firm opinion that there is no need for a government control regulatory framework for fuel prices as this will reduce future investment into new facilities such as EV charging points and reduce competition.”

Howard Cox, Founder of FairFuelUK, said: “Even President Biden’s administration suspects foul play in the US fuel supply chain may be driving up the price of petrol.

“He has now called on the Federal Trade Commission, something akin to our impotent Competition and Markets Authority, to look into whether illegal conduct is driving up the cost of pump prices.

“Just like here in the UK, Americans are seeing rising costs, from prices at the pump to shopping at grocery stores.”

He added: “”Over 95% of FairFuelUK’s 1.7 million supporters want an independent pump pricing body created, similar to consumer watchdogs Ofgem, Ofcom and Ofwat, in order to protect (the) UK’s 37 million drivers.”

The Department for Business, Energy & Industrial Strategy has been approached for a statement.

Britain is not pinning all hopes on U.S. trade deal, says minister