Pope Francis has told the world’s financial leaders that poor countries hit by the economic impact of the coronavirus should have their debt burden reduced.

In a letter to those participating in the International Monetary Fund and World Bank’s annual spring meeting, the pope said these countries should also have a greater say in global decisions.

He said: “The notion of recovery cannot be content to a return to an unequal and unsustainable model of economic and social life, where a tiny minority of the world’s population owns half of its wealth.”

A spirit of global solidarity “demands at the least a significant reduction in the debt burden of the poorest nations, which has been exacerbated by the pandemic”, he added.

The pandemic has left even wealthy countries struggling to grow economically and the pope said it had forced the world to “confront a series of grave and interrelated socio-economic, ecological, and political crises”.

“It is my hope that your discussions will contribute to a model of ‘recovery’ capable of generating new, more inclusive and sustainable solutions to support the real economy, assisting individuals and communities to achieve their deepest aspirations and the universal common good.

“For all our deeply-held convictions that all men and women are created equal, many of our brothers and sisters in the human family, especially those at the margins of society, are effectively excluded from the financial world.

“The pandemic, however, has reminded us once again that no one is saved alone. 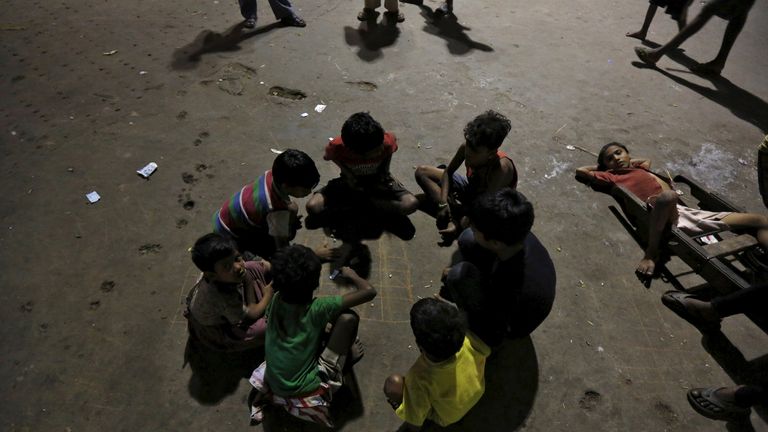 “If we are to come out of this situation as a better, more humane and solidary world, new and creative forms of social, political and economic participation must be devised, sensitive to the voice of the poor and committed to including them in the building of our common future.”

The pope also noted that the world is “in debt to nature itself, as well as the people and countries affected by human-induced ecological degradation and biodiversity loss”.

“I believe that the financial industry, which is distinguished by its great creativity, will prove capable of developing agile mechanisms for calculating this ecological debt, so that developed countries can pay it, not only by significantly limiting their consumption of non-renewable energy or by assisting poorer countries to enact policies and programmes of sustainable development, but also by covering the costs of the innovation required for that purpose.”

In January, the House of Commons international development committee called for the cancellation of billions of dollars of debt owed by poor countries.

The committee warned of a “looming financial tsunami” caused by COVID-19 and the global recession, with the world’s most vulnerable facing skyrocketing rates of hunger and unemployment.

Its paper said that, despite being granted around £3.6bn in debt suspension last year, more than 70 countries were still struggling to pay off the remainder of debt.

Meanwhile, the financial difficulties were affecting work in other areas – such as routine vaccinations, which had ground to a halt in many developing countries; gender-based violence, child marriage and other challenges to girls’ education; crucial social services and treatment for HIV and AIDS, the report found.