Stock markets have gone back into reverse after a short-lived boost provided by governments’ plans to cushion the blow of the coronavirus crisis faded.

The FTSE 100 plunged by nearly 4.5% in early trading on Wednesday, wiping out strong gains seen the day before – despite “unprecedented” measures announced by chancellor Rishi Sunak to help businesses and households weather the storm.

Markets had been lifted on Tuesday by the promise of stimulus measures, with New York’s Dow Jones climbing more than 5% after President Donald Trump unveiled plans for an $850bn stimulus package, including help for airlines.

But it took less than 24 hours for the enthusiasm to fade and Asian markets fell again overnight.

Analysts from London Capital Group said that the “magnitude of the pandemic is outweighing stimulus hopes”.

“As far as short-term investors’ psychology, you know that no government policy can stop the fallout from the coronavirus so you’re not ready to buy, but if the blow can be cushioned a little you’re not in quite such a panic to sell.”

In response to Mr Sunak’s announcement on Tuesday, they said: “We just have our doubts about whether any government can execute complicated measures in time when the support is needed as soon as possible.”

AJ Bell investment director Russ Mould said: “Despite the significant stimulus measures being announced across the globe, markets are failing to build on yesterday’s rally in the US with Asian stocks falling overnight and European markets in the red at the open. The FTSE 100 was at least materially above the 5,000 mark early on, down 3.4%.

“Ultimately no amount of cash or measures to mitigate the economic impact of the crash can tell investors what they want to know right now, which is when daily life will return to normal (or even a new normal).

“Perhaps some comfort can be taken from the fact that shares are seeing slightly smaller declines than have been witnessed earlier in this sell-off with a reduction in volatility probably the first step towards some measure of stabilisation.”

In the oil market, Brent crude has tumbled below $30 a barrel though it inched slightly higher in early trading. 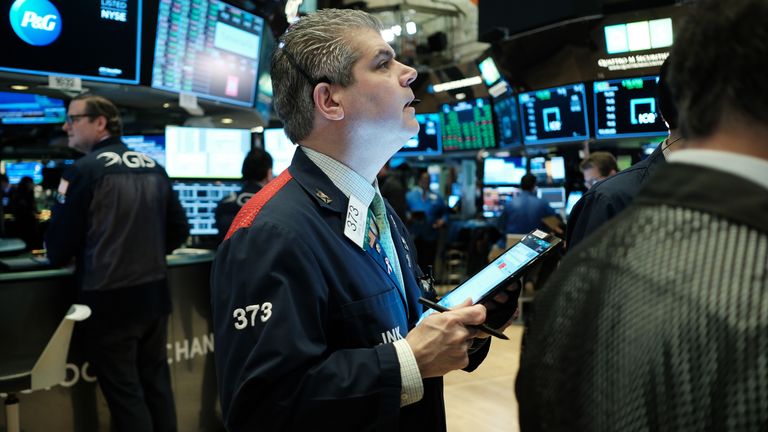 COVID-19, the illness caused by the coronavirus, has infected almost 200,000 people worldwide, killing almost 8,000. Most of the cases have been in China – where the virus originated but where it is now almost under control – as well as Italy, Iran and Spain.