NEW YORK (Reuters) – At the height of the coronavirus pandemic last spring, the heads of U.S. banks including Morgan Stanley (MS.N), Bank of America Corp (BAC.N) and others pledged not to cut any jobs in 2020 because it was the wrong thing to do. 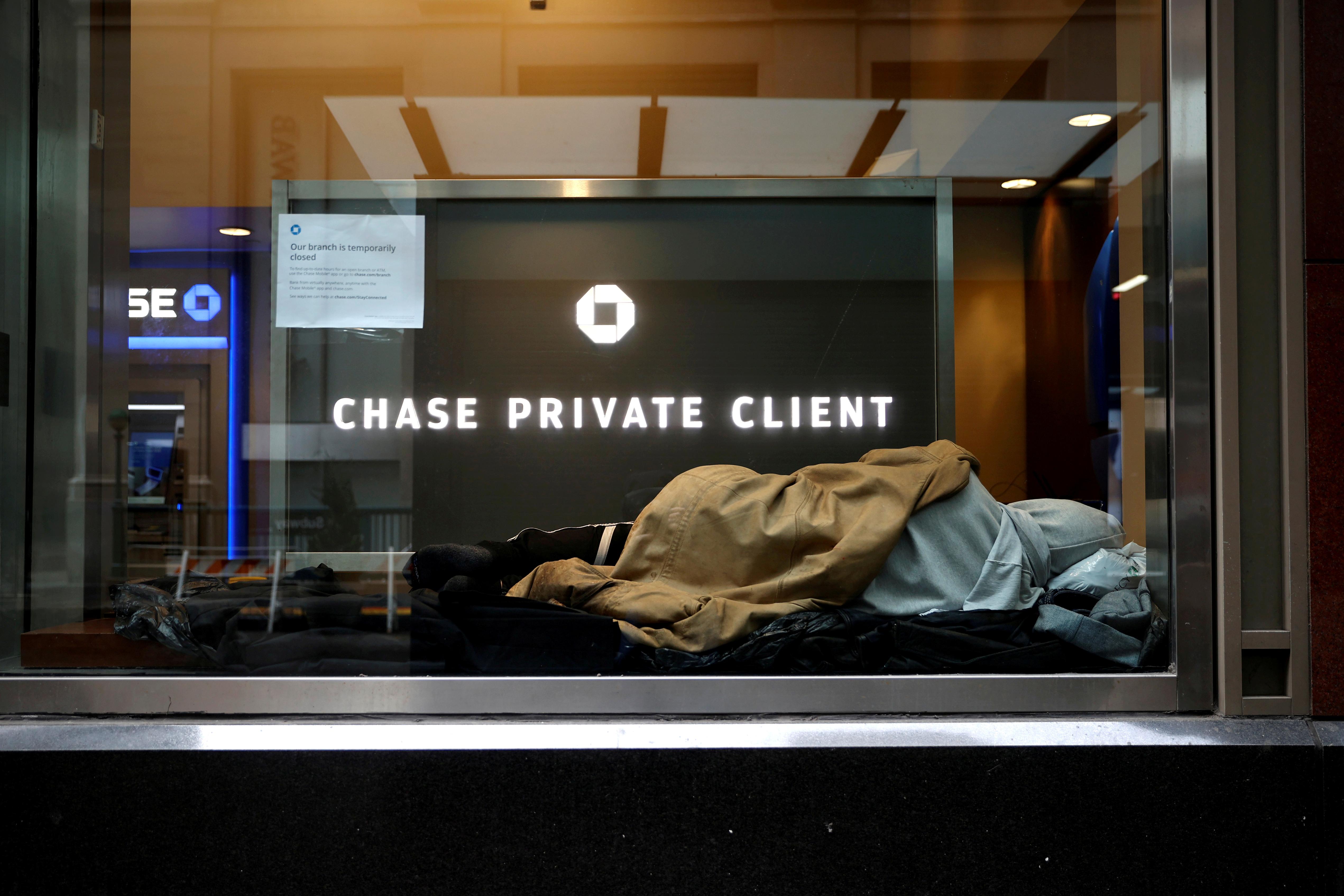 However, as executives prepare for an extended recession and loan losses that come with it, layoffs are back on the table, said consultants, industry insiders and compensation analysts.

Compared with April projections, bank economists and executives expect the U.S. economy to take longer to recover, with high unemployment into 2021 and interest rates staying near zero for the foreseeable future.

On top of that, working from home has shown some managers that they need fewer employees to do the same amount of work.

“No question, layoffs (will) come across the board for all the banks,” said Barry Schwartz, chief investment officer at Toronto-based Baskin Wealth Management, which invests in JPMorgan Chase and other large Canadian banks.

Banks have to cut costs because of expected credit issues, as well as low interest rates and regulatory pressure to trim dividends, he said.

Bank staff could shrink by an average of 5-10%, mainly at mid- and lower levels in technology, human resources and finance departments, according to Alan Johnson, head of the compensation consultancy Johnson Associates, Inc.

JPMorgan Chase & Co (JPM.N) already cut around 100 jobs in mid-July, according to comments on social media. People who said they worked in three divisions – the community and consumer bank, the commercial bank and the corporate and investment bank – said they were let go. JPMorgan representatives declined to comment.

Wells Fargo & Co (WFC.N) resumed cutting jobs after outlining a three-month pause in April, it said. The affected staff have so far been in technology and retail banking, and management is planning thousands more layoffs this year and next, sources said.

“We didn’t see a lot of restructuring or layoffs with the banks (earlier in the pandemic). We’re starting to see it now,” said Dennis Baden, partner-in-charge at executive search firm Heidrick & Struggles.

“Things will get a little bit worse … and we might see an increase in restructuring.”

A Standard Chartered spokesman said the job cuts are not due to the pandemic, but are part of a more than 4-year-old strategic plan. Any Standard Chartered employees let go in 2020 will be paid their salary for the rest of the year and will receive severance pay, according to a bank statement.

HSBC announced this month it was restarting a plan to cut 35,000 jobs.

The Bank of Nova Scotia (BNS.TO) also let go of some U.S. investment bank staff, according to several sources familiar with the development. The bank declined to comment.

Reuters reported in May that large Wall Street banks were widely expected to cut budgets, including areas in technology and operations, like third-party consultants, business analytics, process management and call centers.

FROM RECORD REVENUES TO JOB CUTS

Wall Street’s trading and investment banking businesses generated huge revenue from the market volatility in March and April. But CEOs and analysts have since cautioned that capital-markets revenue will trend downwards for the rest of the year, despite market indexes posting record highs recently.

Analysts still expect banks to report decent profits in coming quarters, and some may continue to invest in core businesses in an opportunistic way. For instance, JPMorgan Chase opened 13 new branches in July, after having closed 22 branches in June on a net basis, according to S&P Global.

Still, banks are planning staff cuts because costs are expected to be high relative to revenue, and management teams have found that remote work setups function better than expected, said Johnson.

“Everyone has been surprised by how much more efficient you can be,” he said. “Later this year or early next year, (managers will) look around and say we just have many more people than we need.”