Home » Beauty & Balance » Underwear on the Rise Amid Pandemic

The lurch toward comfort that set in early on during the coronavirus lockdown is lasting — and promises to shake up the innerwear market with a spin on just what essential means.

While fashion has been one of the hardest-hit sectors amid the shutdown, leaving apparel retailers struggling with excess inventory and a near halt in consumer demand, many intimates brands faced the opposite problem: they were scrambling to keep up.

And many are still scurrying, looking to scale newly surging parts of their businesses.

The desire for comfort might have been the catalyst. With so many women working from home, many opted for wireless bras. Others have decided to go sans bra. In need of ways to capitalize off the market, intimates brands began zeroing in on the underwear category.

With the exception of sports bras, sales of all intimate apparel have been down since January. But Classi-Zummo pointed out that the underwear category has had relatively small declines. Conversely, the entire basics category, which includes intimates and men’s underwear, performed better during the pandemic than general apparel, with sales peaking in June. 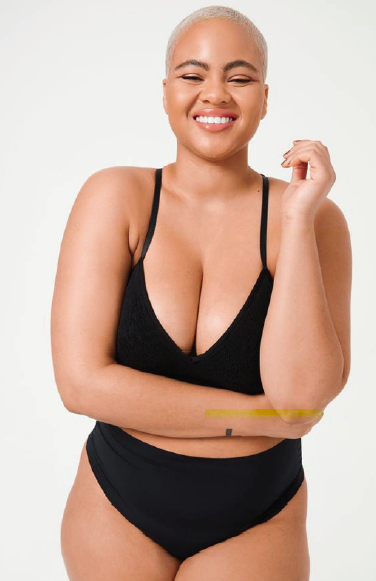 “If you look at the rest of the apparel category, where we saw declines around 50 percent in April, but basics down just 30 percent [in April], climbing up to negative 5 percent [in June] is pretty good,” Classi-Zummo said.

The June sales surge was likely a result of pent-up demand, or shoppers not buying anything for several months, since quarantine began, Classi-Zummo said. (Google searches for underwear went up nearly 28 percent during the last week of June.)

“Whether adults were getting by with what they had for a couple of months, or there could have been inventory issues, people still needed to replenish [their underwear drawers],” Classi-Zummo said. 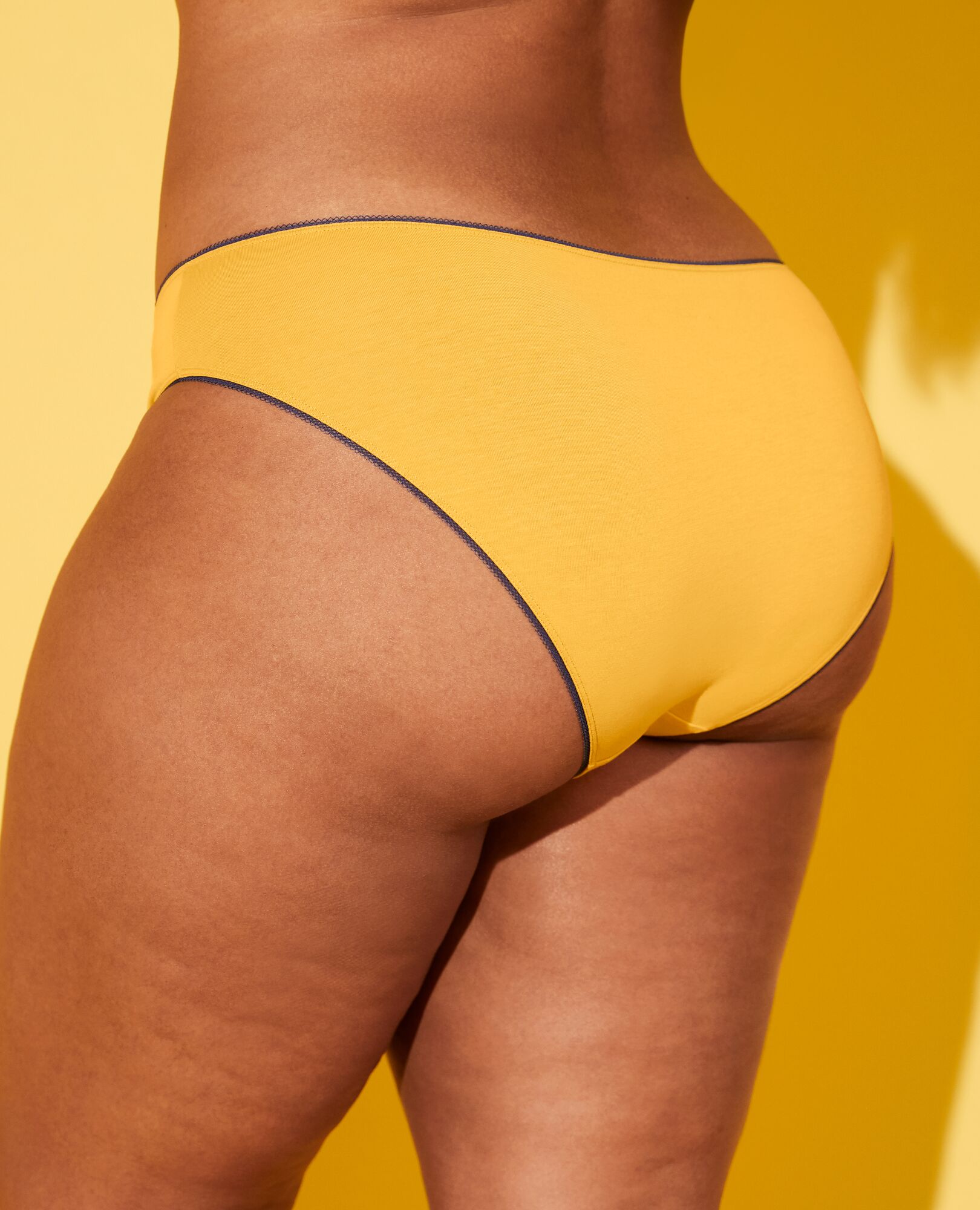 Meanwhile, underwear sellouts, or the number of times an stockkeeping on a particular brand of underwear is out of stock and is unavailable for purchase on an e-commerce platform for five consecutive days, also increased during the pandemic — 56 percent between June and August, year-over-year — according to retail market intelligence firm Edited.

“The increase in underwear sellouts goes hand-in-hand with the huge demand for loungewear, both driven by a shift in consumer preference for a new home wardrobe suitable for lockdown and beyond,” said Katharine Carter, retail analyst at Edited. “As self-care has become a higher priority over the pandemic, customers have been purchasing items to treat themselves, which includes comfy underwear and more statement designs for date nights in.” 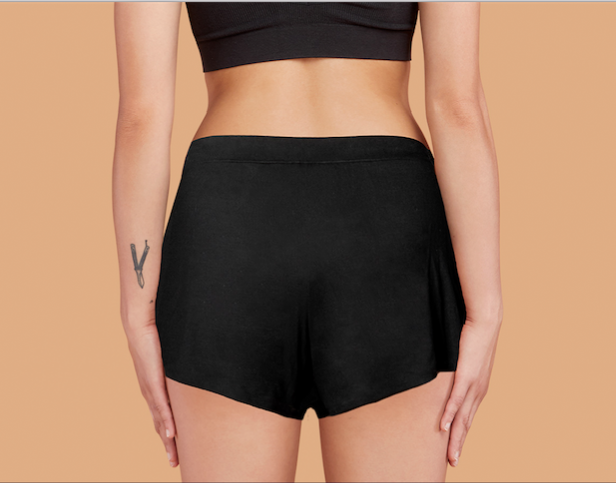 Sales of Boy Smells’ gender-neutral unmentionables category, which includes underwear and wireless bras, were up 700 percent from January to August, compared with the same period a year earlier. Sales of underwear at intimates brand Hanky Panky are on the rise, compared with last year, especially for things like briefs, thongs and multi-packs, said Hanky Panky co-chief executive officer Brenda Berger. Digital bra brand ThirdLove, a favorite among Millennials, has been growing the underwear portion of its business over the last year, according to cofounder and ceo Heidi Zak.

“We’ve seen a really sharp increase in the percent of revenue coming from the underwear category and that’s a big area of focus for us for the rest of the year and into next,” Zak said. “We need to expand the category and add new styles and colors and make sure our customer knows that we’re a go-to place for that category, too.”

As of September, Zak said about 55 percent of ThirdLove’s sales are coming from new customers.

“The pandemic is an opportune time for women to potentially try something new,” she said. “So we’ve definitely seen the benefits of that.”

Zak added that categories focused on comfort, such as wireless bras and all underwear, have fared the best during the pandemic.

“It makes sense that people want to feel more comfortable in their homes,” said Katie Fritts, founder of Underclub, the subscription lingerie firm that delivers new pairs of panties to subscribers each month, allowing shoppers to try out a selection of underwear brands and styles. “For us, when we sell packs [of underwear] that are grouped in our e-comm [business] through our subscription, that’s definitely been a big driver. Our three pack is typically our bestseller with any new subscriber coming on.” 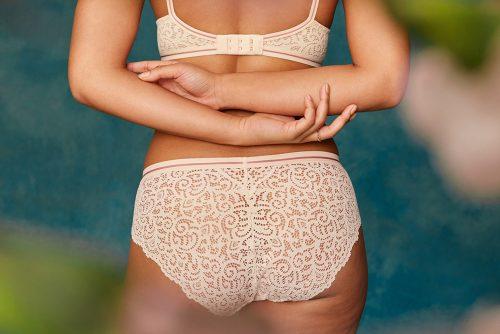 “We already have a male customer for our products,” said Guido Campello, co-ceo and creative director at Cosabella. “But to actually have a transition and cross, where we can actually offer the same fabrics and laces and colors [in men’s as in women’s] that fit a more male body type, that was something that was missing.” He said a number of larger retailers have already begun ordering the products. 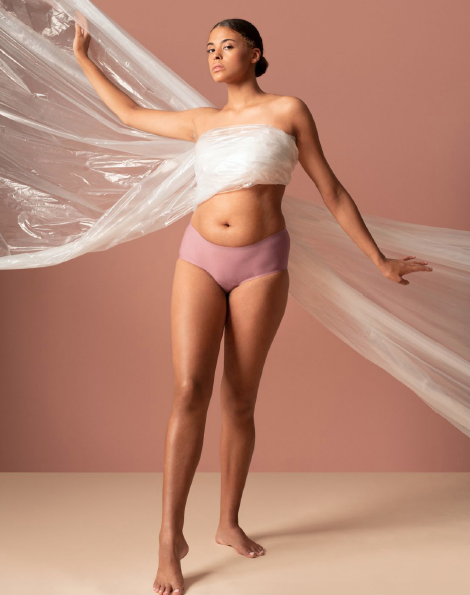 But there were also just more underwear styles in general retailing on the market across both men’s and women’s, according to Edited — about 27 percent more this year, compared with 2019 — and more lingerie brands, including Soma, Free People, American Eagle Outfitters’ Aerie and Rihanna’s Savage x Fenty, have been incorporating high-rise brief silhouettes into their look books.

In addition, the underwear category had fewer markdowns than other apparel sectors, indicating the increased demand for underwear, according to Edited’s Carter. As of August, 36 percent of all underwear was discounted, compared with 55 percent of dresses and 51 percent of bottoms. 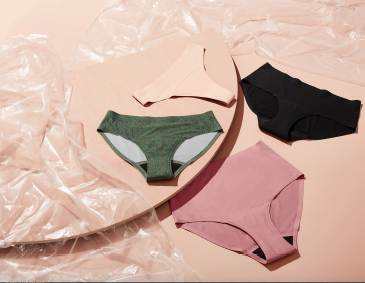 One such company adding new styles and selling through its underwear supply is Toronto-based intimates brand Knix. Founder Joanna Griffiths said the brand’s leak-proof underwear continues to sell out on a regular basis.

“The pace at which we move through our underwear is nine to 10 times a year,” Griffiths said. “Three to four [times a year] is what everyone is driving for, in terms of healthy inventory turns. So our inventory is really coming in and selling out and then we’re getting more in and it sells out. It’s been a really fast mover for us.”

Like others in the industry, Griffiths credits Knix’s success not just to lockdown, but to the overall comfort movement.

“Unfortunately, in the pandemic, there are winners and there are losers and it almost feels arbitrary,” she said. “But for us, we’ve very much always taken a comfort-in-innovation approach to all of our products and Knix as a whole, we’ve been doing really well this year.”

As of August, Griffiths said total company sales — which include such products as wireless bras — were up 65 percent, year-over-year. Even the brand’s April swimwear capsule sold out. In August, Knix launched a new period-panty capsule, with advanced leak-proof technology.

“In spite of it being a recession, we still think there’s never been a better time to bring this product to market,” Griffiths said at the time. “It’s just such a growing, hot category at the moment.”

In fact, the category is so hot that other players are moving in — or expanding their existing collections. In June, sustainable sneaker brand Allbirds launched an underwear collection. In July, HanesBrands introduced its own period underwear collection, “Hanes Fresh & Dry,” which sold out in a week.

“I think it’s really interesting that a major player like Hanes would go after what potentially could be considered a fringe innovation,” said Todd Mick, executive director at The NPD Group. “[Period underwear] is something that has sort of been bubbling up in the industry and no one really understands how big it could actually be. But I think there’s some indication that things are bubbling up.” 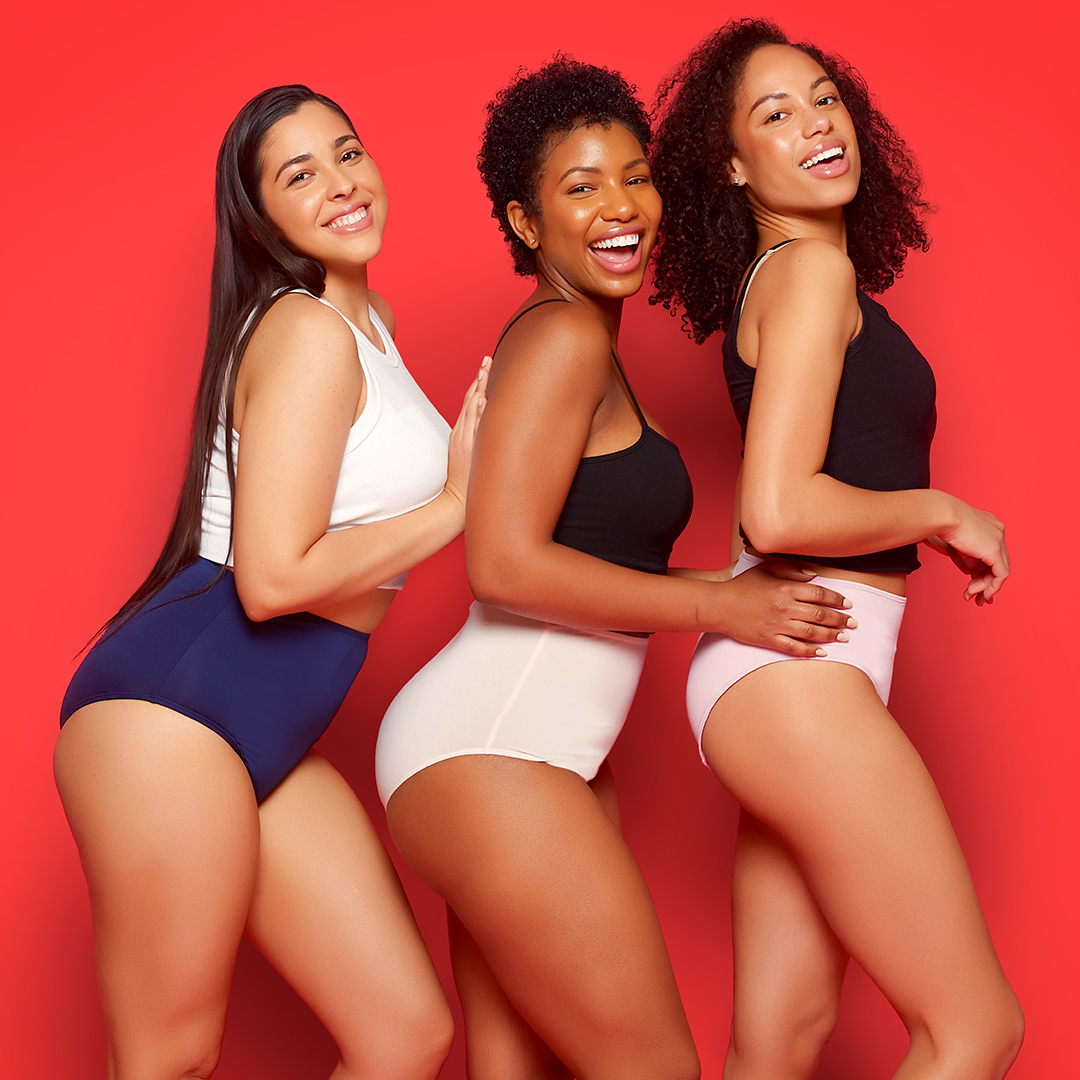 Meanwhile, Mick said a lot of brands are finding creative ways to navigate the new normal, whether that be the use of influencer marketing to reach a wider audience or selling through big box retailers.

“These digital native brands need a little bit more energy to continue to grow and they’re turning to brand influencers,” Mick said. “Skims is using Danielle Bernstein from WeWoreWhat. Kim Kardashian needs an influencer? That’s kind of amazing. But Danielle has 2.5 million followers [on Instagram]. So it’s all about expanding reach and creatively connecting.”

But, Mick added, the ones that are “engineering in comfort are winning during this pandemic.”

Cosabella’s Campello, who also owns boutique lingerie store Journelle with his wife Sapna Palep, agreed. “You do have the freedom to opt to wear more underwear now than bras during quarantine, in terms of frequency,” he said, shedding light on why sales of underwear may be up, compared with bras.

“What’s cool, what I’m seeing in the trends, is that the bottom [products] are diversifying,” Campello said. “It used to always be things like soft thongs and simple hot pants. But now we’re seeing different things coming in, like boy shorts, which is exciting. We’re seeing underwear that you can also sleep in. In the men’s market, you would have these boxer briefs to sleep in with T-shirts. We’re starting to see that also happening on the women’s [side]. Normally, you would see it by brand, but even within brands we’re seeing a variety of products in the bottoms.”

Sneaker Resale Sites: A Hot Category in Midst of Pandemic