A business trying to make money off mansions full of TikTok influencers has gone public on the stock market through an unusual deal. It involves a former Chinese health care company, and if that sounds confusing, well, we can explain.

Social media entrepreneurs have rushed to find ways to make money from stars on popular platforms like TikTok. West of Hudson Group, for one, operates a network of content houses where many prominent young influencers live.

Houses like these function as management companies, taking a percentage of revenue from the creators living in them. The influencers often don’t pay rent, but produce content for brands and promote products as a form of in-kind rent.

Dozens of influencer houses have arrived in the Los Angeles area over the last year, and the companies that run them have been searching for sustainable business models. Going public, though, is a new strategy.

West of Hudson was acquired this week by Tongji Healthcare Group, an entity in Las Vegas that was incorporated by a Chinese hospital in 2006 but had no assets at the end of 2019.

The deal was a reverse takeover, in which a private company (in this case, West of Hudson) is acquired by an already-public one (Tongji Healthcare) but ends up in control. The deal closed on Wednesday.

There were more maneuvers behind the scenes. Before the reverse merger, Tongji itself was acquired by the investors who control West of Hudson, a New Jersey real estate operator named Amir Ben-Yohanan and his business partners.

What it all adds up to is that the combined company, which has applied to be renamed Clubhouse Media Group, is now listed on the so-called pink sheets market, where tiny public and often speculative companies trade. On Friday, Tongji’s stock closed at $2.30, 38 percent below its August high.

Extremely low priced stocks — known as penny stocks — are extremely volatile. While sophisticated investors may dismiss such a risky investment, inexperienced investors, many of whom are active on online trading platforms like Robinhood, have an appetite for them, and for companies in the thick of social media trends.

Influencer content houses often revolve around drama. Many last only a few months before internal conflict or a dispute between talent and management leads to their disintegration. (In July, The New York Times reported that several content houses, including the ones owned by West of Hudson, were shopping around reality shows, using drama as a selling point. None have been sold.)

Clubhouse, the primary influencer house in West of Hudson’s network, was co-founded in March by Mr. Ben-Yohanan, Christian J. Young and Daisy Keech, a social media influencer. Its first location, in Beverly Hills, has expanded into a network of influencer mansions including Clubhouse Next, Clubhouse for the Boys, Clubhouse Malta and Not a Content House.

The primary Clubhouse location in Beverly Hills has seen a revolving door of talent since it opened. Ms. Keech moved out in March, and others soon followed. Several houses have been shut down. Clubhouse Next closed in September, and Clubhouse for the Boys was discontinued last month. Former residents have complained about problems with management and life in the houses. (Over the summer, members of the Clubhouse and Clubhouse for the Boys were also criticized for hosting parties in defiance of coronavirus guidelines.)

West of Hudson also owns Doiyen, a talent management company, and WOH Brands, a brand incubator that has started clothing lines including Rich Wife and websites where fans can purchase behind-the-scenes content from Clubhouse talent.

It may be hard to attract investors in the public markets, however.

In the first six months of the year, West of Hudson had revenue of nearly $96,000 but a loss of $983,000. Mr. Ben-Yohanan, the company’s chief executive who controls 62 percent of the stock, according to a recent securities filing, provided it with a loan of just over $1 million. The company can draw nearly $4 million more from him, according to the filing, which also said Tongji said may need to raise money in the markets to finance operations and grow.

In an interview, Mr. Young said the company was looking at options for raising capital in both the debt and equity markets, but declined to give more details.

A call to West of Hudson Properties seeking comment from Mr. Ben-Yohanan was not returned. In addition to being chief executive, he is listed as Tongji’s principal financial and accounting officer.

Financials aside, companies associated with social media trends are proving attractive among new, young investors. Zach, a 12-year-old investor who has established a following on YouTube and Twitter, is one of many young people who have gotten into stock trading, largely by watching YouTube videos. “There’s a lot more young people in the stock market than people think,” he said.

He trades stocks under his parents’ names (they monitor his usage) using a U.K. investing platform called Trading 212. He said that he’d need to look at the company’s financials before determining if it was a sound investment, but could see others his age being interested.

“For most kids who invest in the stock market, there’s interest in new kinds of social media trends and companies like TikTok and wanting to invest in things like that,” Zach said. A company that’s affiliated with high-profile social media stars, he said, is “100 percent something they’d be interested in.” 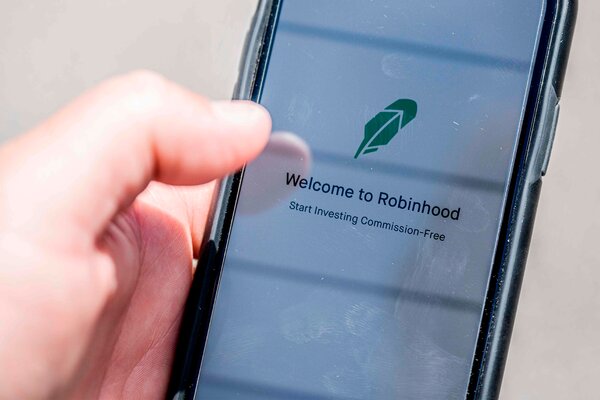 Trading in penny stocks has surged this year. After the Covid pandemic shuttered sports leagues earlier this year, many frustrated sports bettors moved to the stock markets. The shift coincided with a widespread move — initially pioneered by trading app Robinhood — toward cutting trading fees, which further encouraged speculation in lower priced shares.

Such stocks, however, often have bleak business prospects and weak management teams. And with little professional trading activity or analysis, penny stock prices are volatile and driven by rumor and speculation in online message boards, with little concern for the fundamental likelihood of the business making money.

Through October, some 23 percent of shares traded in American stock markets were priced under $5, according to the New York Stock Exchange. In the same period in 2019, they accounted for around 14 percent of trades.

Should I Let My Boyfriend Be a Poll Worker on Election Day?

These Two Were Otherwise Engaged. A Decade Later, They’re Wed.