Home » Marc Jacobs Brings a Bit of Heaven to L.A.

Marc Jacobs is back.

Buoyed by the 2020 success of Perfect Marc Jacobs, Coty’s biggest fragrance launch in 15 years, the LVMH Moët Hennessy Louis Vuitton-owned brand is plotting a return to growth — and the runway — starting with a new retail concept for its streetwear line Heaven.

Now open on buzzy Fairfax Avenue in Los Angeles, Heaven is a pop-culture candy store that makes a convincing case that brick-and-mortar can be fun again.

Customers walk in past a Sonic Youth poster and a selfie-ready balloon chair by Korean furniture designer Seunjin Yang and pick up a copy of a positivity manifesto (“Always be yourself. Never try to hide who you are….”). The cheerfully subversive mix of clothing and lifestyle products are steeped in grunge, anime, rave culture and Marc’s own ’90s fashion history, which is being discovered by a new generation of fans, including “Euphoria” actress Sydney Sweeney, influencers Emma Chamberlain and Benito Skinner, who stopped in opening weekend.

Heaven is the vision of new face of Marc, 30-year-old creative director Ava Nirui, an Australian fashion bootlegger who first attracted the designer’s attention with her viral “Mark Jacobes” hoodie, and was hired as the brand’s special projects director after stints at Helmut Lang, Opening Ceremony and Vans.

“So much of what she is doing is rooted in today but she has an appreciation for the parallels,” said Jacobs, Face Timing in from New York for a virtual store tour. “She is the keeper of that spirit but not nostalgic, seeing it and feeling it as it rolls.”

Everything is priced with accessibility in mind, from $35 to $395, with the exception of a treasure trove of vintage Marc Jacobs runway shoes from the early Aughts, including a pair of rainbow metallic platform boots from Nirui’s favorite runway collection, the raver one from spring 2017. 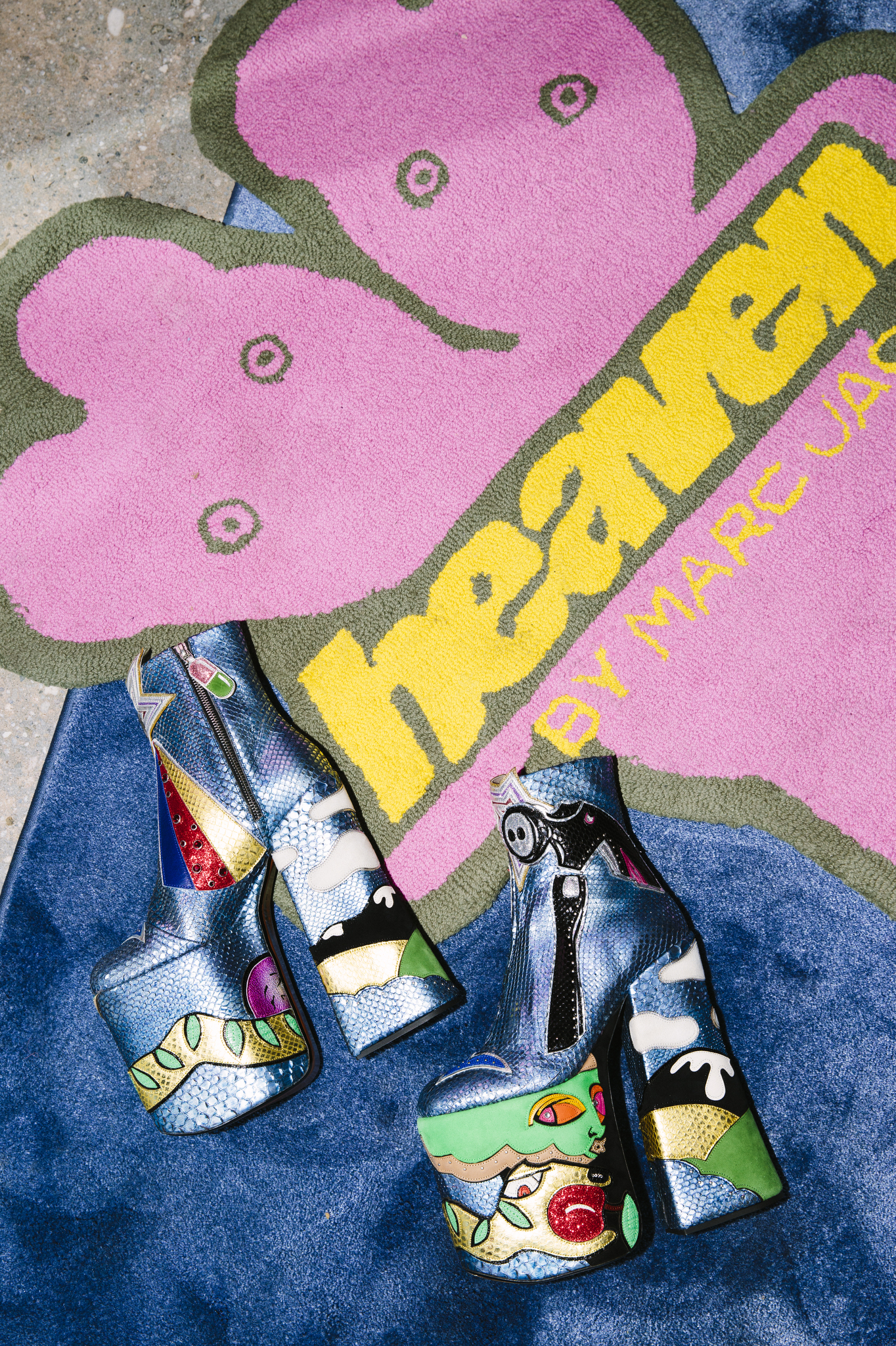 “I like the idea of people coming and touching things even if they don’t buy anything,” said Nirui, pointing out a copy of “My Keanu,” a zine she compiled to document Meredith Nirui’s Keanu Reeves’ obsession. “That’s my mum!”

In addition to beauty and fragrance, the Marc Jacobs universe is now comprised of three labels: the Runway collection, which has been dormant the last two seasons; THE Marc Jacobs collection, which focuses on iconic wardrobe pieces at a contemporary price point, and Heaven, a streetwear range launched in September 2020 to appeal to the gender-fluid next-gen.

Led by Nirui, two other designers, and a rotating cast of guest creatives, Heaven takes inspiration from the DIY spirit of Kim Gordon’s cult X Girl label and Sofia Coppola’s Milkfed at a time when kids are all about ’90s style.

The line taps into Jacobs’ heritage of collaborations, and channels today’s fashion bootlegging impulse, incorporating outsiders like Aussie DJ Elliot Shields, who made the cartoonish “Sweet Girl” intarsia graphic on a mohair sweater; South Korean webcomics artist Ancco, who made the brand’s flower-shaped rugs, and Japanese anime artist Hideyuki Tanaka, whose characters are on the Heaven website and on throw pillows. The store also stocks an assortment of T-shirts and hoodies from likeminded young brands such as Cynthia Lu’s Cactus Plant Flea Market, L.A.-based streetwear line Online Ceramics and Miami-based Stray Rats.

“Everyone has some relationship to Marc or myself,” said Nirui, pointing to a glass case of one-off necklaces created by New York jeweler Beepy Bella using dead stock Marc Jacobs charms and trimmings. “Even the seltzer we are serving in the store was created by B. Thom Stevenson, who was a longtime employee of Marc Jacobs.”

With a planned yearlong residency on Fairfax, the Heaven store is one of 15 retail locations Marc Jacobs plans to open in the U.S. in 2021.

“We are concentrating our focus on U.S. retail this year. Every month, we will be opening a new store, and each time the format will be adapted to the local customer,” said chief executive officer Eric Marechalle, who joined from Kenzo in 2017, noting the new stores, adding to 130 globally, will be different mixes of runway, Heaven, THE Marc Jacobs line, and off-price outlets.

When Jacobs did not design a runway collection in September or February, the industry wondered if it was another sign of distress for a company that’s had several challenging years, with high-profile exits of executives and designers, and a reduction of store count by nearly half from an all-time high of more than 250 worldwide.

But the designer said he feels optimistic. 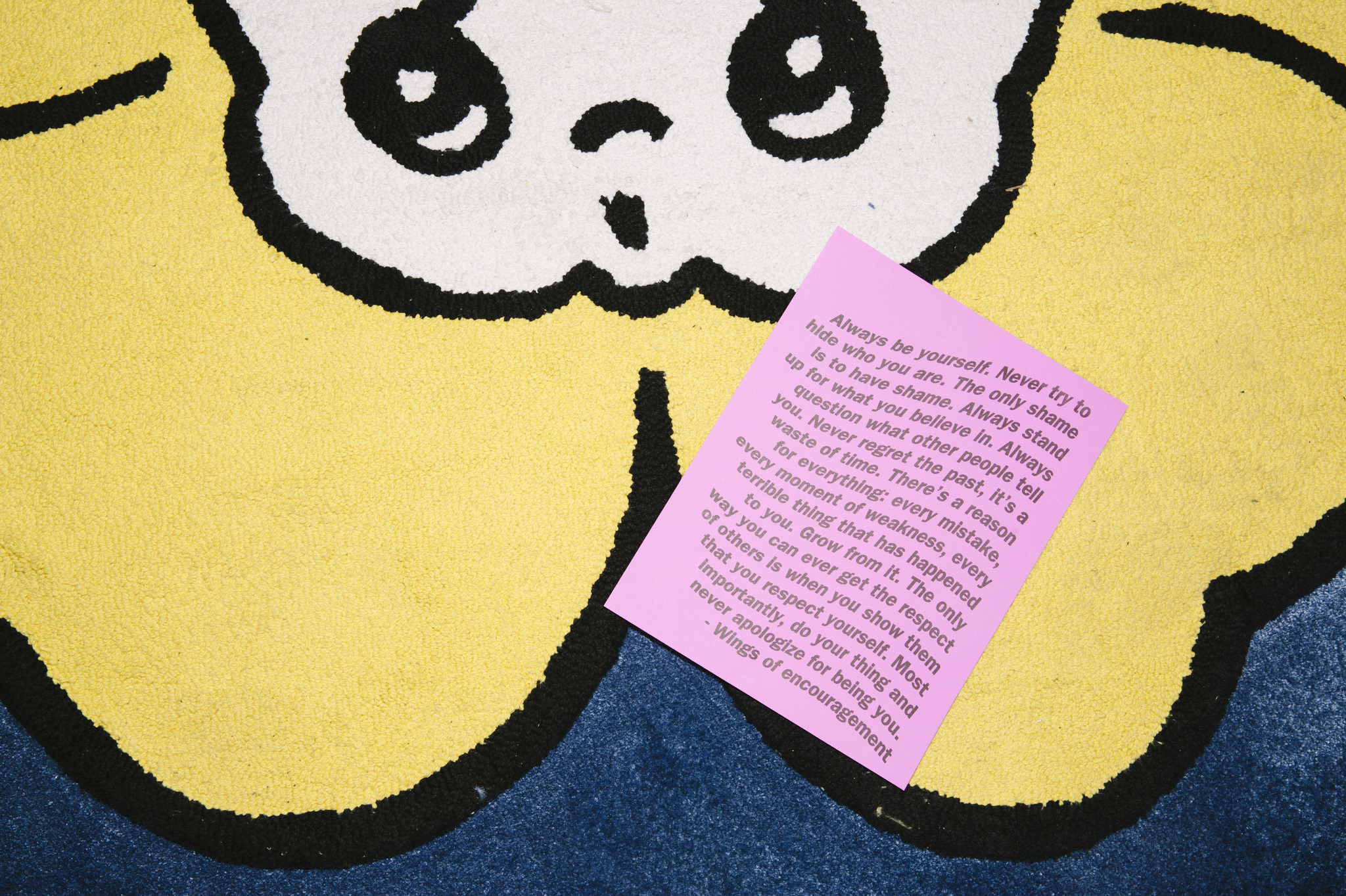 “I feel very secure with Eric. I think he’s doing an incredible job. And even though I wasn’t able to runway, I feel what’s going on is strengthening the company. The changes we’ve made, with online, with creating more accessibility, and from a financial sense, are setting us up to be able to do runway,” said Jacobs, who is currently working on his next collection, which will incorporate learnings from the brand’s new digital savvy and swing to more accessible product.

“Marc will be giving his vision every season; that’s something we will restart soon,” said Marechalle, who in 2020 managed to guide the brand to profitability for the first time in five years.

And not by merely cost-cutting, he said — the results were also due to strong e-commerce sales and successful new products. “We knew the Snapshot bag was already a strong style in the company, and now The Tote Bag and the Jogger sneaker are also stars. The strategy of product was good, and the company was able to communicate in a way that resonated.”

As reported, Marc Jacobs had staff reductions in 2020, but they were a chance to restructure the brand for a digital future, the CEO said. “We are already doing 50 percent of our business in e-commerce, which is something we had forecasted to do by 2024. To do that, you need to have the right resources, people and a managed supply chain. We had to have the agility to adapt,” Marechalle said, adding that the brand continued to pay staff in 2020, and has been hiring in 2021. He declined to share numbers, however.

Jacobs himself has also been more digitally focused. Though he has not designed a runway collection in a year, he has had more visibility than many American designers during COVID-19 thanks to his personal Instagram account @TheMarcJacobs, where he’s gained more than 100,000 followers to reach 1.5 million. On it, he has been flying the flag for self-acceptance, posting his own gender-fluid outfits, makeup tutorials and a vaccine selfie that went, ahem, viral.

The designer’s Instagram dialogues about inclusivity and self-love have resonated with the turbulent times — and are echoed in the brand’s newest fragrance and Heaven projects. Taking cues from Jacobs’ personal mantra, “I am perfect as I am,” Perfect broke the marketing mold by casting not one face but 42 — a mix of consumers from a social media casting, and A-listers like Kate Moss’ daughter Lila Grace Moss.

Jacobs has become his own kind of Instagram fashion influencer. He models looks by Heaven alongside Patou, Gucci, Celine, Gucci, Rick Owens and Balenciaga, usually with his trusty Mikimoto pearls, while also talking about mental health, trans rights and other topical issues.

“Being in quarantine, it’s been a nice outlet for me,” he said of Instagram. “The dialogues I’ve been able to have about being true to oneself, being good to oneself, being successful and recognized, appreciated and valued, that all has to start with self-love.”

My Year of Grief and Cancellation