Oh, to have sycophants of one’s own. 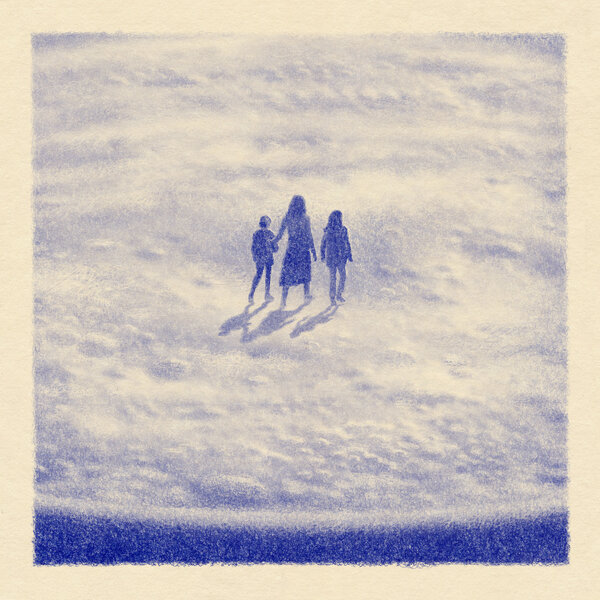 My husband Bill and I were lying around in bed, reviewing the big blunders made by the second richest man in the world, previously heralded as a genius, now suspected of falling far short of that term. Bill was trying to figure out how a thing like this could happen. “It’s like you initially succeed by surrounding yourself with smart people,” he said, “but once you get super rich you surround yourself with sycophants.”

Then we both lay there silently, staring out the one very small window in our bedroom at tall oak trees shivering in the autumn wind, and tried to imagine smart people leaving and sycophants taking their places.

“I want that kind of money,” I said, finally.

“What would you do with it?”

“Surround myself with sycophants.”

I meant it. I would make the world’s best tech bro. I would build an office complex that looks just like that ice castle on the mountaintop in “Frozen,” and I would pack it full of yes men and flatterers and panderers and yes-yes-yes men. I’d wear an ice princess gown to work every morning and I’d glide through the corridors of my ice castle offices, singing Italian opera in my searing ice-princess voice.

And even after my soul-lifting, world-altering technologies flopped and the kitchens in my glass offices were no longer stocked with kombuchas and microgreens and microbrews, and none of my 15 remaining yes men had the energy for micromanaging or microblogging or microwaving the last remaining lunch items in the glass kitchen cupboards, I’d still put on my gown and glide through those glass hallways and sing my morning KEEP YOUR SPIRITS UP! team-building, world-building memo in the form of an Italian opera:

You might not know this, but ball gowns and Italian opera and a castle packed with fawning minions are the only surefire cures for burning out and losing it. If you think about it long enough — if you really meditate on how you, too, deserve to be flanked by a gaggle of sycophants — you might start to wonder how anyone puts their pants on in the morning without them.

This is why people get married and have kids: to create their own thriving microcosms of sycophants. Any spouse worth his weight in microchips doubles as a fawning yes man, a microanalyst dedicated to forecasting the microvariations in the microclimates of his betrothed’s micromoods, micromanaging every microscopic dip and variation in his true love’s micromindsets.

Later that day, at around 5 p.m., I find myself waiting in the very, very, very long drive-thru line at the Starbucks with my two teenagers. We have been sitting in the car for 30 minutes and counting. The line is barely moving. And suddenly I’m having one of those weird out-of-body, Talking Heads experiences where you look at yourself from a distance and you ask:

What bad life choices led a glorious ice princess to this sad fate?

Which brings us to the moral of our story: Anyone who aims to be flanked by sycophants eventually becomes one of them. Because what else explains landing in an eternal drive-thru line just because my teenagers experienced a few microseconds of unpleasantness in their brick fortresses of public education today, so now they’re craving pointless, expensive, frothy comfort? Why else would a former demigoddess willfully subject herself to such indignities, just to send a KEEP YOUR SPIRITS UP! team-building, world-building memo to her moody teens in the form of overpriced sugary foamy decaffeinated multi-flavored froth?

And what is it with froth these days? Why is froth so sought after? What warped values led us to this frothy crossroads in human history?

Well. It’s the emptiness, of course. It’s the bubbles of nothing that turn us on so much. Because even when you know your mommy is just a yes woman, micromanaging your micromoods with microscopic microbubbles, the emptiness of the gesture is what makes it so reassuring. Your mom is doing something deeply stupid and completely worthless for your benefit, kind of like when she lost track of the major plot points of “Attack On Titan” somewhere in the middle of the fourth season, but she still sang the theme song at the top of her lungs, every single time, in order to signal her total allegiance to ultraviolent cartoon sagas about gigantic cannibals.

Loyalty is perhaps best expressed in empty microgestures, bubbles of nothing, inside the volatile microclimate of family life and also inside the microcosm of friendship. “Tell me every pointless detail,” you say to your kid or your spouse or your true friend. “Let’s do something absolutely worthless together,” you murmur over a drink that ideally has froth on top of it.

This is the sweet sound of the sycophant. And everyone craves that kind of reassurance. Everyone wants to know that even when they’ve got absolutely nothing to offer, even when the world feels broken and they’re starting to lose it completely, they’ll still be adored like a gatekeeping gaslighting girl-boss in a sparkling ball gown in an ice castle on a snowy mountaintop. Everyone longs to gate-keep, gaslight, and girl-boss their way into complete isolation, the kind of isolation that can make you super stupid and deluded about your own importance.

Sitting in the Starbucks line for 30 minutes with the rest of the complete idiots in my town is sort of like turning myself into froth for the sake of love. I am saying, “I will take this utterly fruitless and impotent action, an abject waste of time and money and brain cells, to secure foamy inorganic chemical compounds devoid of nutrients, lacking any redeeming value or function, in order to signal my love for you.”

That’s devotion. You can show up empty-handed, feeling less than your full self, and you can trust that I will love you fiercely anyway. Take these empty microbubbles of nothingness and drink them as a symbol of my love for you. Enter my glass house. Put down your stones. Drink in the froth of my love. I’ve got nothing, and it’s all yours.

Heather Havrilesky writes the Ask Polly advice column on Substack and is the author of four books, most recently the memoir “Foreverland.”

Chanel Reveals Date and Location for Next Cruise Show