Dr. Gabriel Chiu, a plastic surgeon in Beverly Hills and star of the Netflix reality series “Bling Empire,” once attended a Chanel couture show in Paris with his wife, Christine — and a men’s coat on the runway caught his eye.

“When I asked about it, I was told only the runway sample was available and otherwise there were no plans to make it in another size,” he lamented.

But in 2016, a year after attending his first Dolce & Gabbana Alta Sartoria men’s couture show, Chiu took the plunge and ordered a three-piece suit in ivory Mikado silk with rose-shaped cutouts whose edges were hand-embroidered in the same color.

“Before I realized it had gotten a hold of me. I started getting more couture items, like a one-off watch made by Louis Vuitton’s La Fabrique du temps that is registered in Geneva as The Dr. Chiu,” he related.

Why this sudden fascination with extremely expensive, painstakingly made men’s wear?

According to Andrew Groves, professor of fashion design at the University of Westminster, the rise of couture for men reflects “the increasing strength of the ultra-luxury experiential fashion market, which is set to grow exponentially” as technology supersedes human intervention in fashion and other industries.

“The importance of craft or hand skills that cannot be replicated by automation will become increasingly valuable. But more significantly, the intimacy of the relationship between designer and client will also become greatly coveted,” he said, describing something of a return to the carriage-trade of yore.

“For the last 100 years, the most celebrated designers have been generally wealthier than their clients, but we are now returning to a period where the clients will be substantially richer. In effect, the designer’s position is being reversed, returning them to their historic role, as an artisan to the court,” he explained.

Couture houses guard client confidentiality ferociously, and won’t give prices. However, it is understood men’s couture items start at about 20,000 euros for a silk robe and quickly climb into six figures for tailored items.

Jean Paul Gaultier is considered the pioneer in male couture, including looks for men with his very first haute couture show for spring 1997, and in his final runway show in January 2020, which had his muse Tanel Bedrossiantz wearing dramatic coats with a spray of cock feathers — and the rest of the bird — attached to one of his shimmying shoulders.

“Men in search of highest quality and craftsmanship were already buying but without the media’s attention, so Jean Paul Gaultier brought them into the limelight by breaking the clichés of very traditional notions,” according to the house.

Groves noted that Gaultier has always “challenged perceived gender norms within the fashion industry. That he was the first to do this, and that it has taken so long for others to catch up is surprising.”

And catch up they have. Domenico Dolce and Stefano Gabbana, who showed their first Alta Sartoria collection in 2015, have parlayed it into a major business that today includes high jewelry and watches, dubbed Alta Gioielleria and Alta Orologeria. According to the Italian designers, their couture business today is evenly split between women and men. 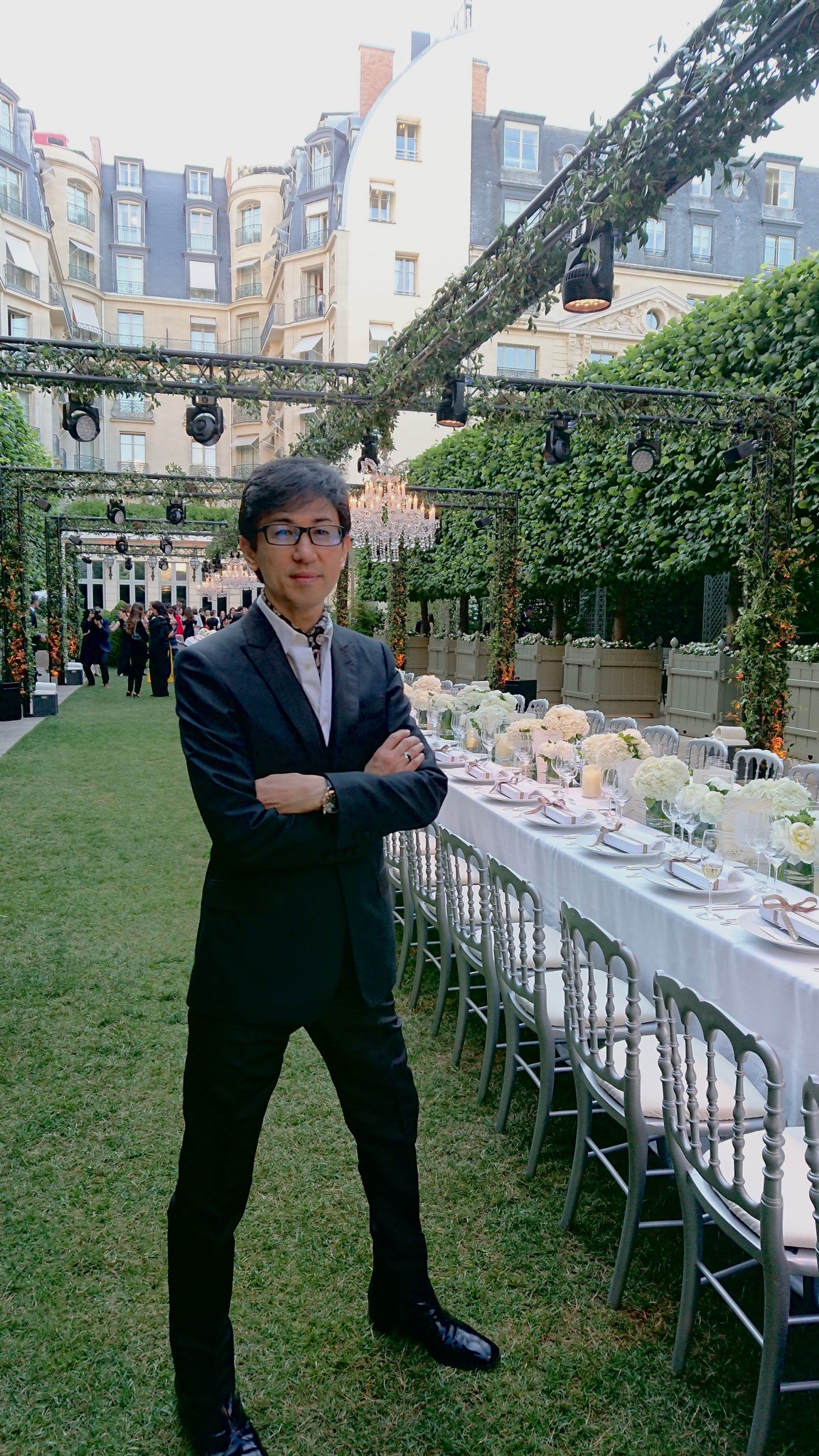 “Exclusivity is the concept behind the Alta Sartoria project. We only make unique and nonreproducible garments,” the designers said in a joint interview. “Unlike the woman who approaches Alta Moda for a special and unique occasion, the man tends to want to build a personal wardrobe, made of clothes that satisfy and tell about his lifestyle, his dream.”

In a telephone interview, Dolce described couture for men as being more about “style of life,” than fashion, mentioning male clients who have requested wardrobes for golfing, for sailing life, or to match a collection of Ferrari sports cars.

Not that special occasions don’t matter.

According to a spokesman for the Gaultier house, it receives many special orders for groom outfits. “Men also want to be part of this unique experience and get the feeling of wearing something that has been made especially and only for them,” he said.

Indeed, shopping for couture has become a shared passion for many couples.

“My wife is an obsessed Chanel haute couture client and loves Dolce & Gabbana Alta Moda, too. So in a way it was finally my turn to enjoy the process,” said Nobu Torii, an investor based in Honolulu. A longtime client of Dolce & Gabbana ready-to-wear for men, he started buying from the Alto Sartoria collections in 2015, describing them as “another level of perfection” and their lavish couture weekends — comprising runway events, dinners and parties — as pleasing to all senses.

“They have turned their couture shows into events that couples can enjoy together. The shows are over the top, the venues spectacular, the clothes are exquisite. Whether you are single or come as a couple, everyone leaves with a memory that will last forever,” he enthused.

Historically, Savile Row can be considered as the equivalent of couture for men, according to the professor Groves, noting that among Gaultier’s first couture creations for men was a boiler suit reminiscent of the bespoke ones Turnbull & Asser made for Winston Churchill.

Any elite tailor can provide their clients with a wide range of other items, Groves said.

“Men have always ordered custom clothes, and I think it’s great that we now have the chance to enjoy haute couture as well,” said Fredrik Robertsson, a creative director and LGBTQ activist based in Stockholm. “I love extreme, I love creativity and I love exploring masculinity and femininity in my style. So for me, Savile Row has nothing for me. I much prefer the likes of Gaultier, Viktor & Rolf or Iris van Herpen.”

He, too, lauded the experience of couture, from sketches to fittings. “Watching craftsmanship by people who are the best in the world so up close is fascinating,” he said, noting the team from Gaultier recently paid him a visit in Sweden to fit a couture jacket incorporating a corset and cone bra. 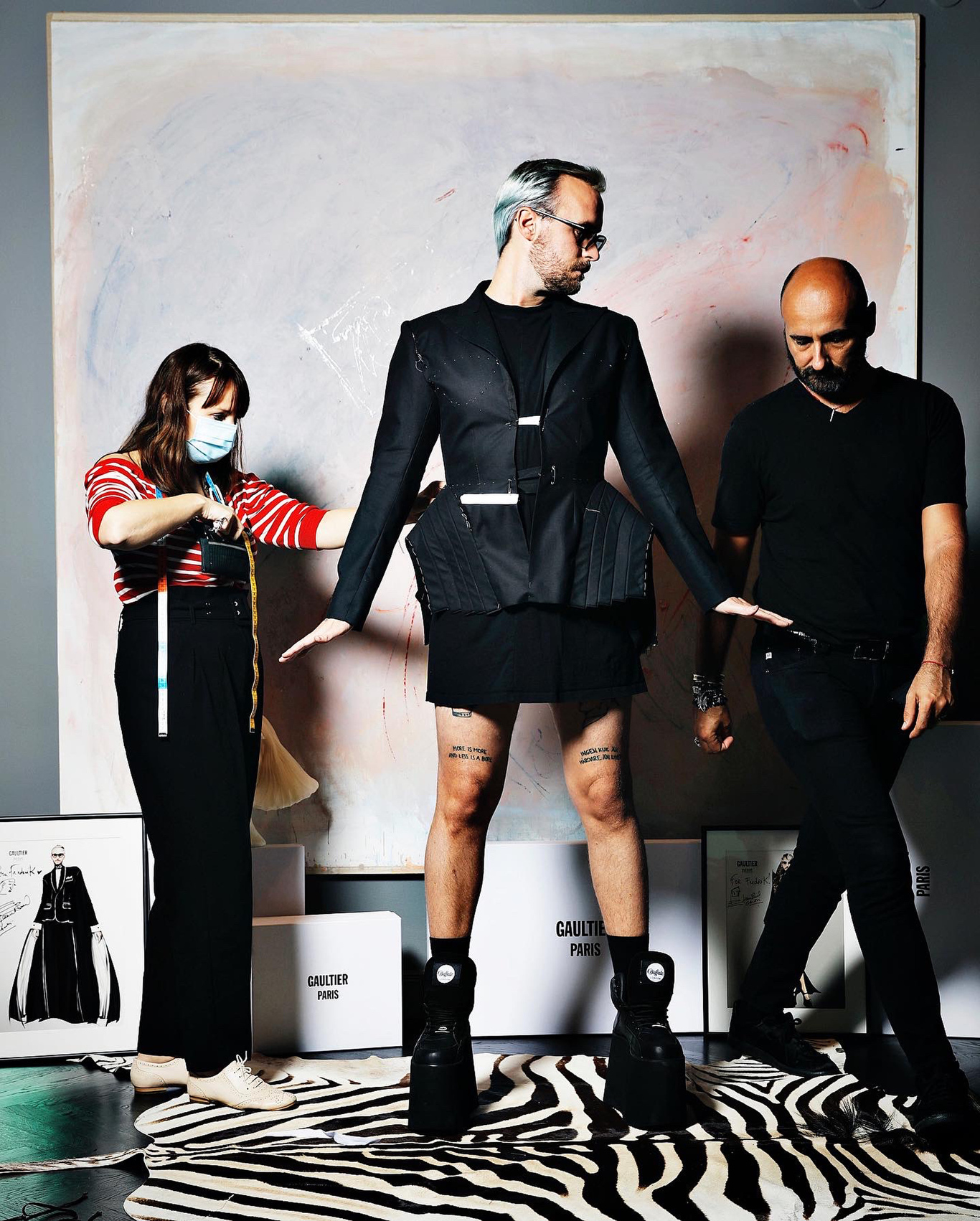 “We drink tea, chat, gossip and it’s a special moment that becomes part of the memory of the garment,” he said. “As soon as traveling is a bit easier, I am going to Rome to find a Valentino men’s couture look that works for me.”

Dolce said many first-time male couture clients order a suit, but this has nothing to do with made-to-measure, which has an industrial component. “It’s completely another approach,” he said, describing “the best vicuna, the best cashmere and the best wools” employed for a completely hand-made garment with details to each man’s specification.

Consider Torii. For his first purchase from Alto Sartoria, he chose a navy silk suit that had his Japanese family crest custom-printed inside.

“It was my bit of East meets West,” he said, explaining that historically in Japan, clients would order elaborate fabrics and embroideries but they were hidden on the inside layer of the kimono, visible only “when you lift your arm to pay” for something, or when socializing with close friends. 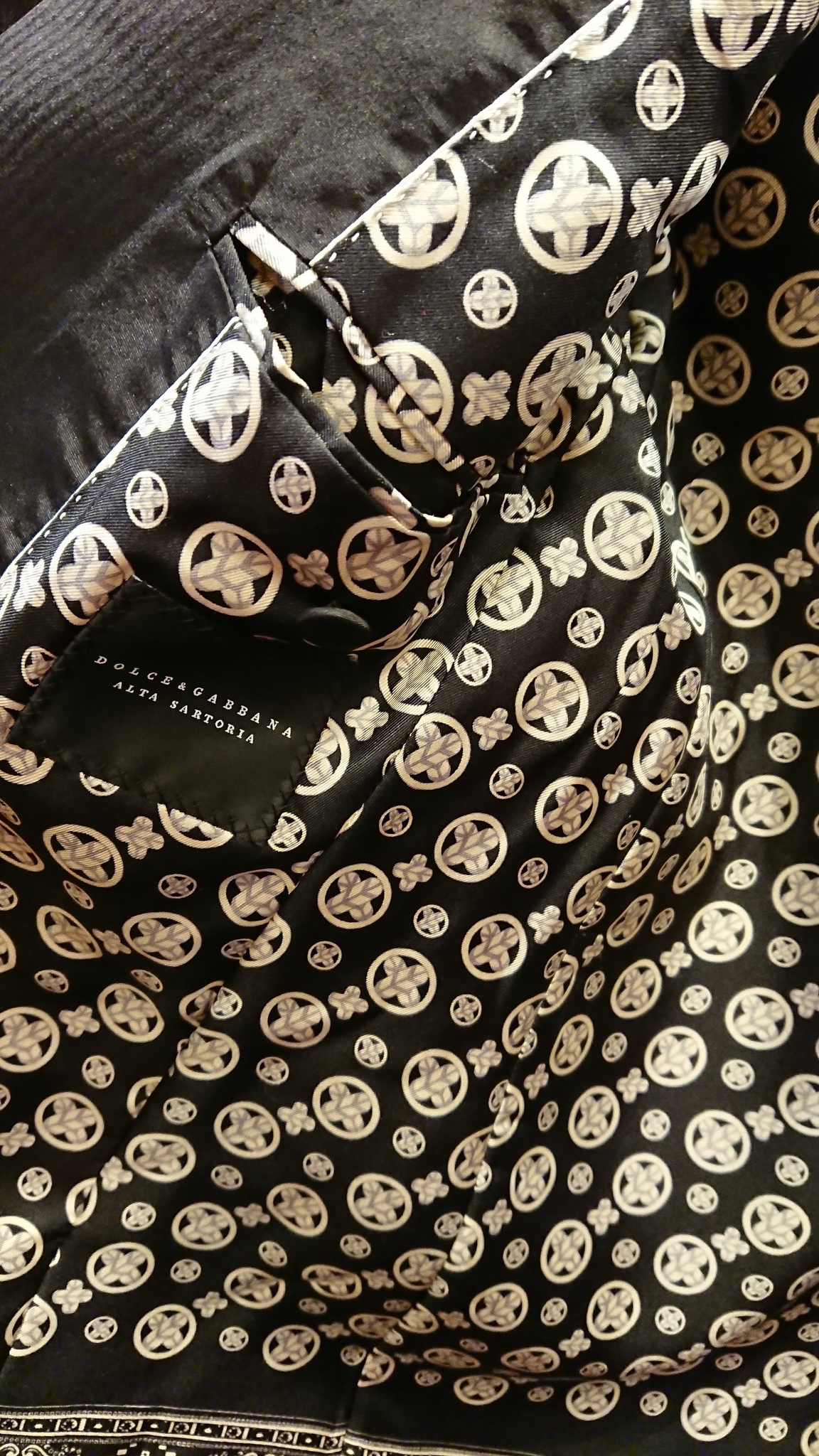 “This is the ultimate chic: ‘Iki’ in Japanese,” he said.

Groves noted that men’s wear offers some of the most luxurious fabrics imaginable. For example, he said Scabal has produced suiting fabrics using yarns embedded with diamond fragments, or impregnated with the smell of orchids.

Chiu said his first brush with couture shows involved “seeing the new trends and applying them to my work as a plastic surgeon” and then he started to appreciate the detail and craftsmanship, in addition to the artistry of the designers.

“The world of haute couture fashion has always orbited around women, with an occasional men’s piece placed as a satellite,” he said. “And as society has increased acceptance of individuality, more men are willing to express themselves and not be boxed into the same conservative styles. Dolce & Gabbana has proven that there is a couture market for men that is full of potential and relatively untapped, so it was only a matter of time when other houses would take notice and focus on this market. Now, I look forward to seeing the new styles and looks from not just Dolce & Gabbana, but also Louis Vuitton, Dior Homme, Armani, Tom Ford, Givenchy and others.”