The outfit, as blue as the ties often worn by her husband, Prime Minister Boris Johnson, was a rental from My Wardrobe HQ, as were the yellow Gucci bag and Prada shoes that Symonds wore Friday night for the G7 kickoff dinner at The Eden Project. As reported her dress, from The Vampire’s Wife, was also a rental, from Hurr Collective. 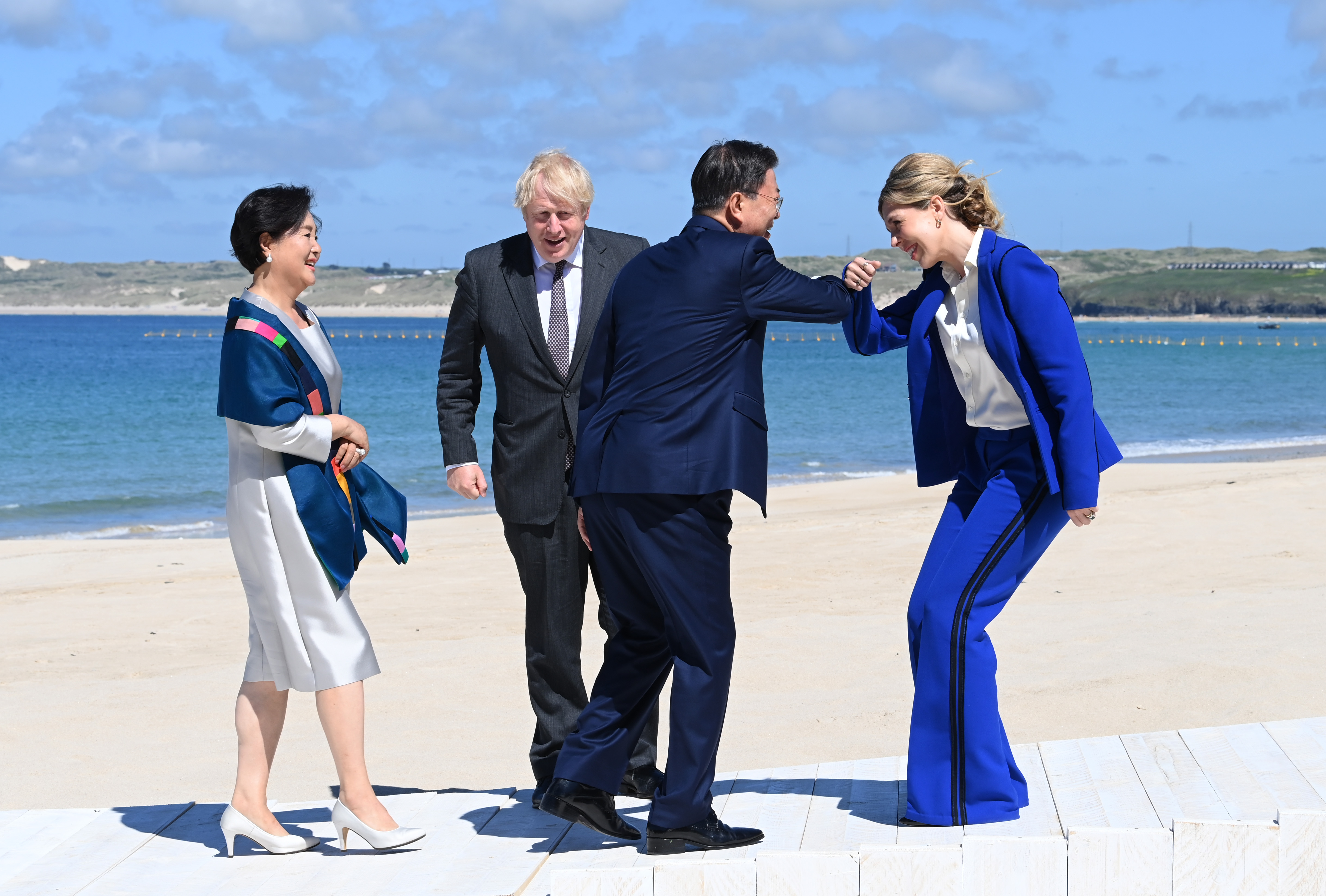 Boris Johnson and Carrie Symonds greet Moon Jae-in, President of the Republic of Korea and his wife Mrs Kim Jung-Sook at The Carbis Bay Hotel at the G7 summit in Cornwall. Image Courtesy of David Fisher/ G7 Cornwall 2021

On Saturday, G7 leaders discussed the 100 Days Mission, an ambitious commitment to have ready safe and effective vaccines, therapeutics and diagnostics within 100 days of a future pandemic threat being identified.

The U.K. Government’s chief scientific adviser, Sir Patrick Vallance, and Melinda French Gates addressed leaders at the Carbis Bay Summit, setting out how governments, industry, international organizations and others should work together to speed up the world’s response to future pandemic threats.

Scott Disick Is Venturing Into Beauty

Mido Is the Latest Trade Show to Go Digital