With the New York charity scene on hiatus, here is how some patrons and society figures are spending their time and resources during the pandemic.

Where have you been sheltering?

I have spent most of this time at Cloudwalk, the country house in Litchfield County, Conn., that I have had since I was 26. We’ve been there on pause. I have a garden there. I’ve had time to watch things grow.

How have you navigated this long hiatus?

I’ve used this pause to think. You re-evaluate who are and what matters most to you in your personal life and in your business.

You were the M.C. for the Holocaust Memorial Museum’s virtual gala on Oct. 14. Do you feel a personal connection to the museum?

My mother, Lily Nahmias, was liberated from Auschwitz in June 1945. I was conceived the following year in March. This is to say how close I was to those events. But my parents didn’t tell me much. I didn’t even know I was Jewish until I was 12. 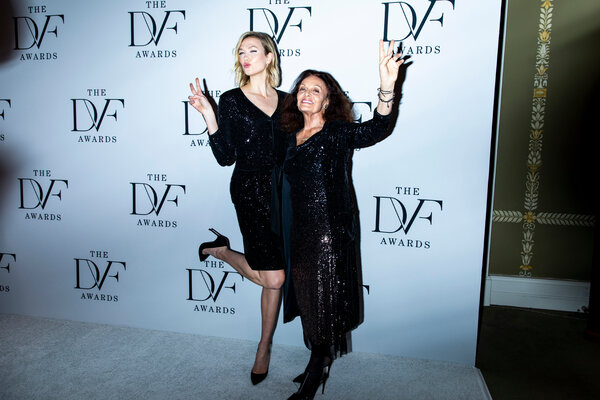 Has your heritage left an imprint on your psyche?

I sometimes think, “How do I deserve all the things that I have now?” But my mother used to say to us when we were growing up, “I suffered for all of you. None of you need to suffer any more.”

Your business took a hit this year, with many stores closed. Has there been an emotional lesson for you?

I have realized that so many people have faced the same difficulty. I want to say to them, there is no shame in this. I own what happened; I have no choice.

Has that conviction helped you cope?

It inspired me to write a book, “Own It.” I just delivered it to the publisher. It reads like a little dictionary, with my little mantras. There are entries for each letter of the alphabet: D is for daughter, discipline, denial, death, discovery, like that.

I first wrote it as prose, but I thought I sounded condescending and annoying. When I focused on words that really speak to me, it suddenly became less frivolous, quite serious.

What will your readers take away?

What lessons have there been for you?

If we all practiced human kindness and empathy every day, it would shift the planet.

Where have you been hunkering down?

We have two places, one in Palm Springs and one up in the mountains. We run to the mountains during the heat. We are in a bubble. I don’t think my partner, Garry Kief, and I have left the house in seven months. We’ve been together for 41 years. Staying put is much easier when there is somebody with you.

In the first couple of months I was OK with it. I am in that 70-year-old world, so I don’t want to tempt fate. But as the time has gone on, it’s been rattling all of us. Restaurants are closed, theaters are closed, movies are closed. There is nowhere to go.

I’m lucky that I don’t live in a one-room apartment. I used to when I was younger, in what was then the slum of Williamsburg, in Brooklyn. I know that plenty of people are living in one room. It must be very difficult for them, after all these months, to play by the rules.

Has this crisis been difficult professionally?

I had finished a show in Las Vegas in March. We were supposed to perform again the next weekend, but that’s when the ax fell, and we never came back. All the musicians still have their instruments there. My clothes are still there. I’m in some kind of early retirement, which I never intended to be.

You performed this month for the Children’s Diabetes Foundation, alongside Usher, Burt Bacharach and Cynthia Erivo. Does this gala hold a special meaning for you?

More than 35 years ago I formed a bond with Barbara Davis, the chairwoman and host, who is celebrating her 90th birthday. I have done so many benefits in the course of my career, and I know it’s difficult to get people to commit. But all these years, Barbara has never given up. That’s inspiring.

How do you envision a post-pandemic future?

So many of us in my world are wondering: When will we all start up again and where are we going to go? What is this world going to look like when we all come out of our cave.

Are theaters going to be open? What will happen to all the things that I used to take for granted, things that I liked to complain about: getting on a plane, living out of hotel rooms. I would kill to do that all that now.

Where have you been staying?

I have a house upstate near Hudson, N.Y. — the House of Whimsy. I’ve called it that because I like to maintain a level of joy and whimsy in my life, and that takes a lot of effort. This place is a daily reminder not to take things too seriously.

My house is full of just fun stuff: a leopard skin pillbox hat that belonged to Edie Sedgwick, the one Bob Dylan wrote the song about; a pair of big Vivienne Westwood platform shoes. I have a jawbone. I don’t know what animal it’s from, but it’s signed by William Burroughs. My house is the setting for the Mad Ball, our virtual gala on Oct 15, honoring Judy Chicago.

What prompted your support?

I’m a huge fan of Judy Chicago and of Roseanne Cash, who will be performing. I think this is an important time to do everything we can to support the arts, and important to support women artists.

I am the M.C. There are four of us: two humans and my two cats. We start out in the kitchen; and make our way into the dining room and, from there, go on to the music room. The cats insist on making an appearance any time there is a camera.

Sounds like working from home has taken on an extra dimension.

I did 16 weeks of livestreaming from home, performances of “Seeking Asylum,” a revival of our Kiki & Herb cabaret act at the Public Theater. There isn’t the interaction that you get with a live audience, but you can actually play to a larger crowd. When it’s over, you can just go into your kitchen, have a drink and eat dinner. You don’t have to be nice to anybody.

How have you filled the daylight hours?

I started making watercolors in the beginning of lockdown. I’m just back from my show in Provincetown. It was called “69 Witch Eyes.” I painted the eyes of people — James Baldwin, Judy Collins, Oscar Wilde and other people who are defenders and protectors. It’s been nice as an artist to have so little distraction aside from the torturous news of the world. Painting was kind of healing, a meditation, in a way.

What about isolation have you found most challenging?

I’m in a sexual desert here, me and my cats. I sleep alone. There’s been a complete lack of ability to have any deep level of intimacy with anyone. Still, with all the divorces that are happening lately, I may have dodged a bullet, who knows?

Interviews have been edited.

Tailored Brands’ Gains Are No Match for Pandemic-induced Pressures