The Porsche Taycan Cross Turismo has set a new world record for the greatest altitude change ever achieved by an electric car—a vertical distance of 4,842.967 meters or over three miles.

Officially recognized by Guiness World Records, the record attempt saw automotive film producer and director J.F. Musial and his team navigate from the lowest point accessible by car in the United States—the Eagle Mine in Michigan—to one of the highest, Pikes Peak.

In a little over a day (33 hours and 48 minutes), the Taycan Cross Turismo covered over 1,400 miles (2,253 kilometers) between the two extremes, pausing only for both humans and the car to momentarily re-charge.

“It started as a ‘what if?’ – a passion project, mixing our love for cars and travel and taking it to extremes. We wanted to drive from the lowest point in America to one of the highest, Pikes Peak – where we’ve spent countless hours filming the famous hill climb. The project relied on a lot of goodwill, and a car that’s pretty much unique in its mix of abilities.”

While the lowest point in America is Badwater Basin in Death Valley, at 282 feet (86 meters) below sea level, the team needed to go deeper than that to set the record. More specifically, they had to go underground, which is exactly what they did, thanks to support from Eagle Mine in Michigan. 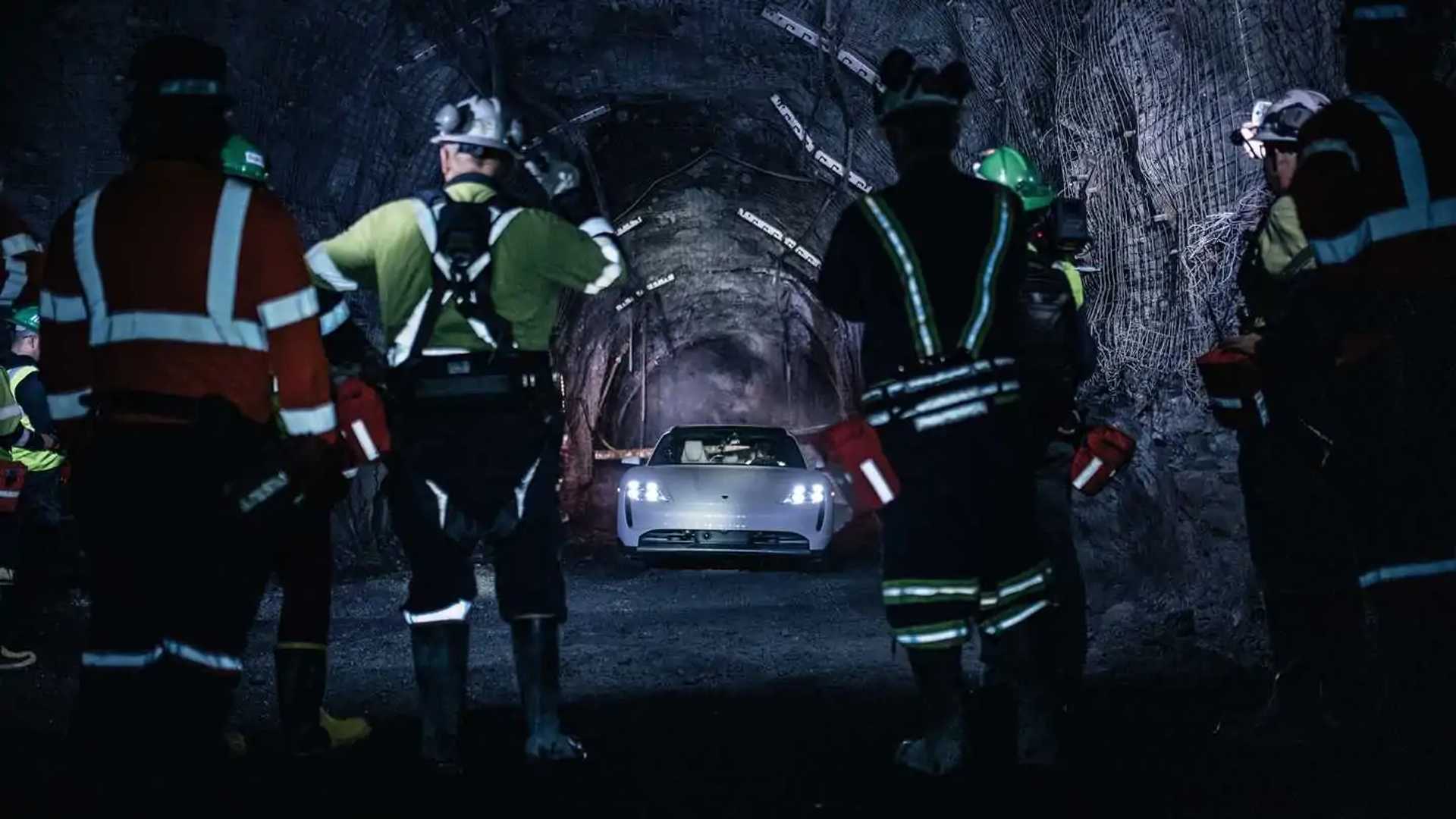 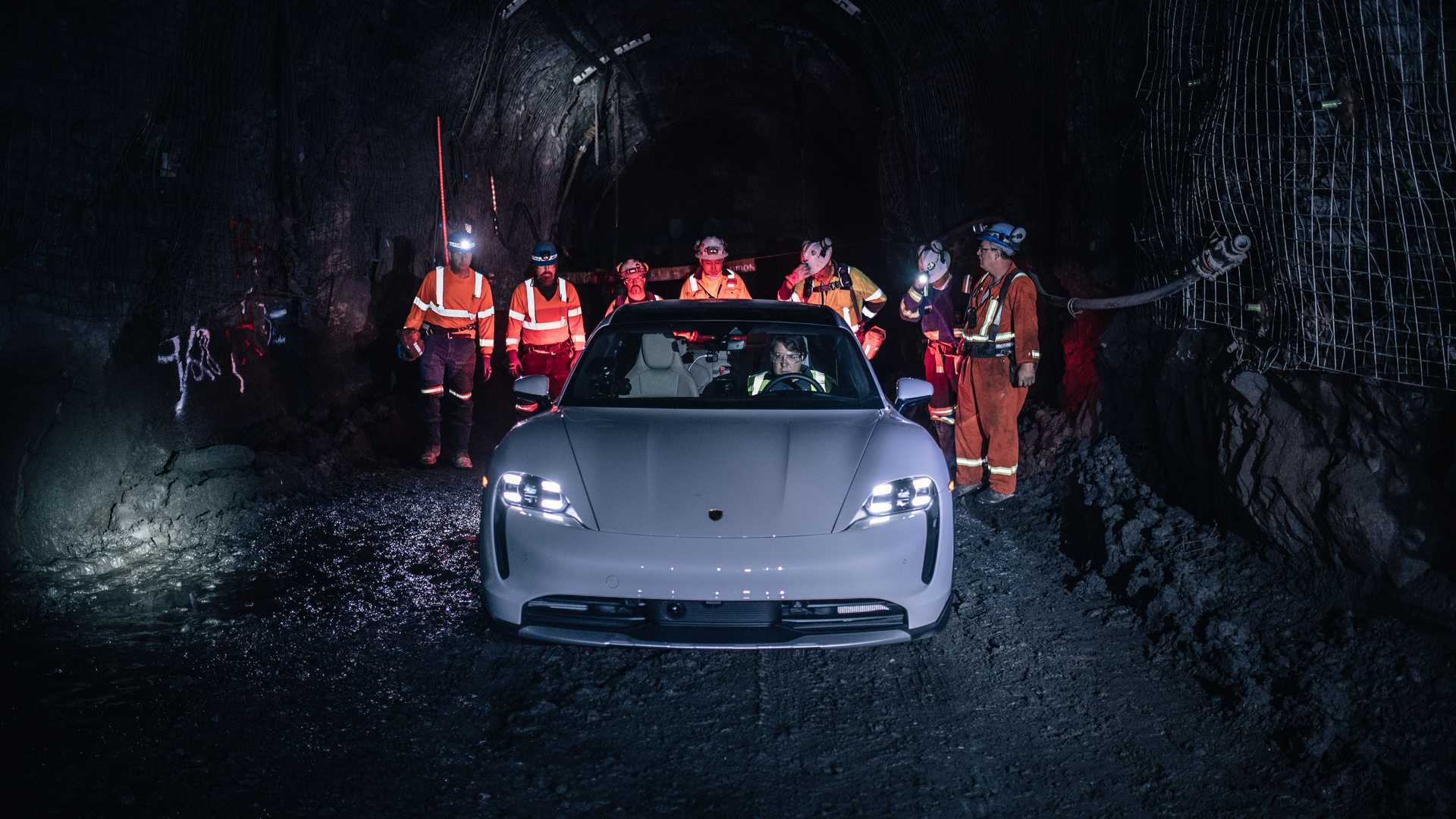 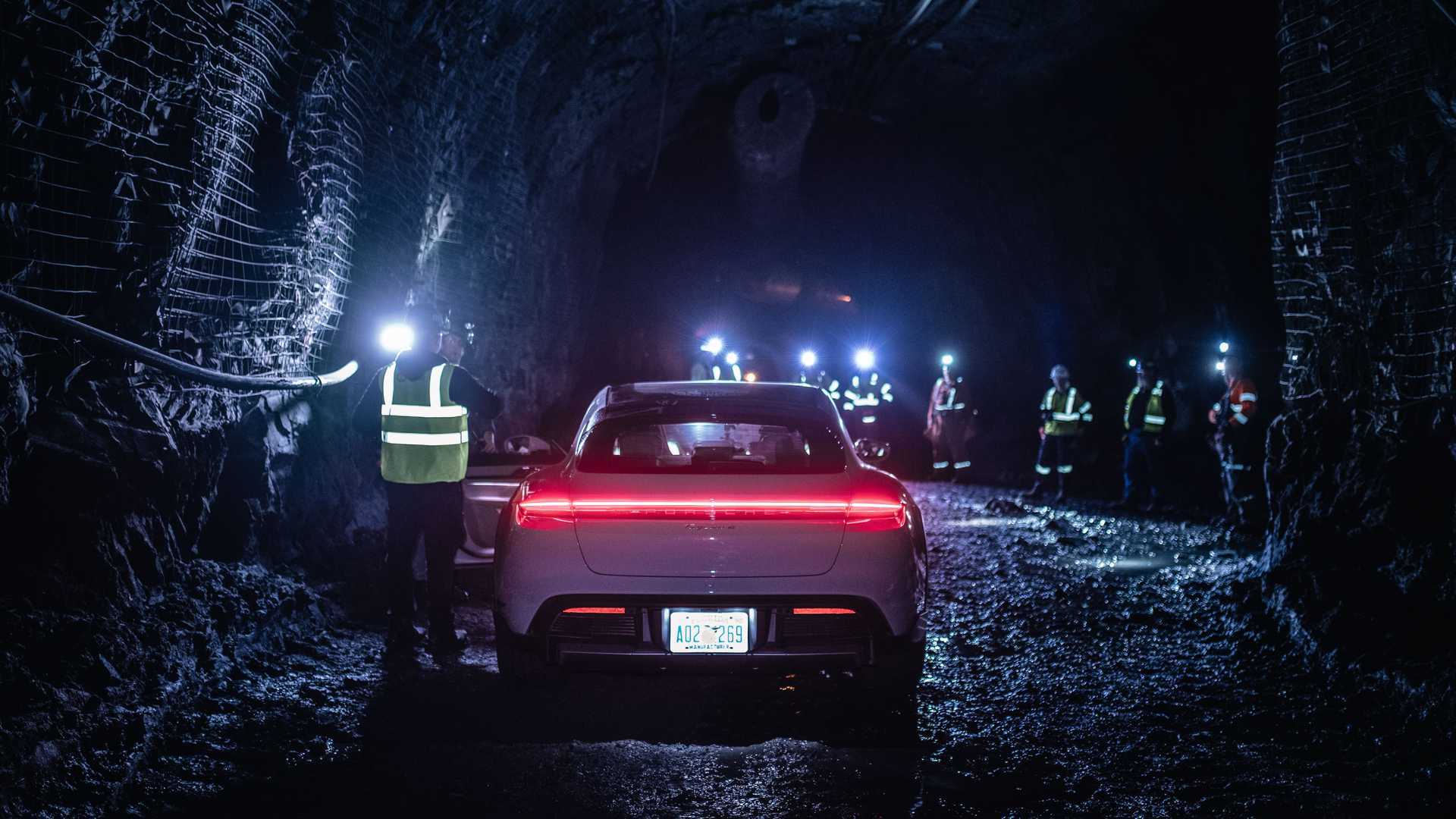 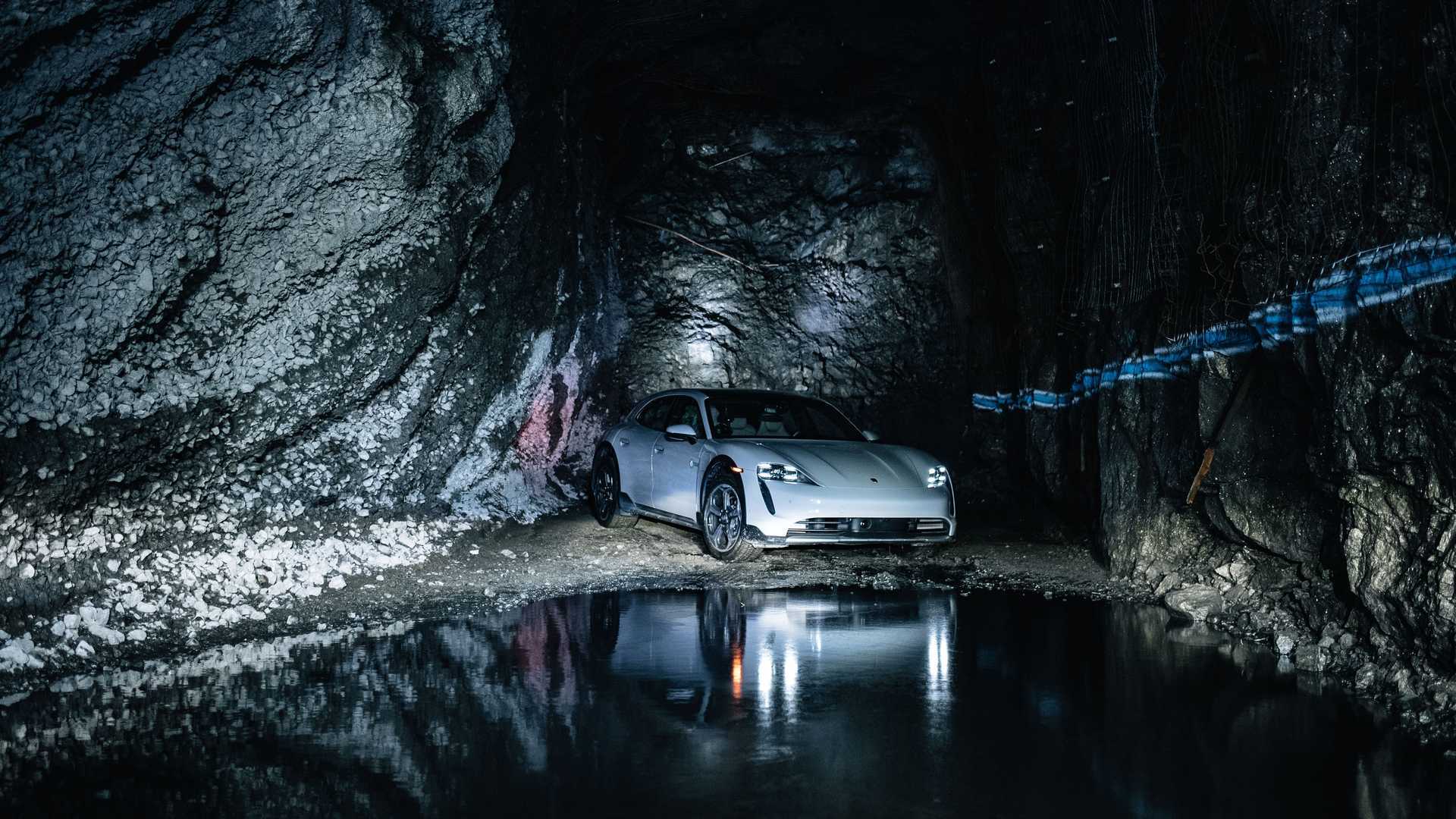 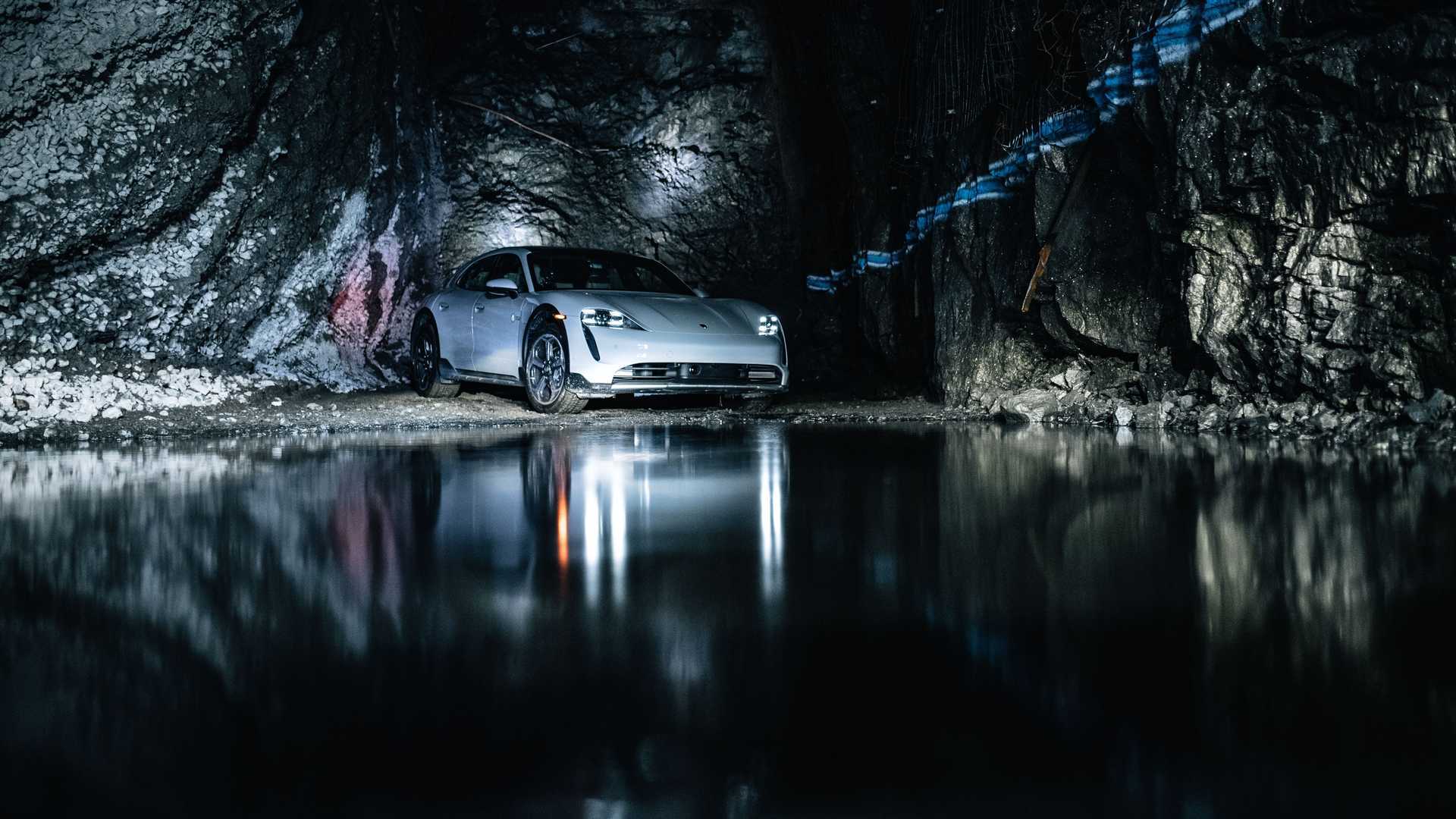 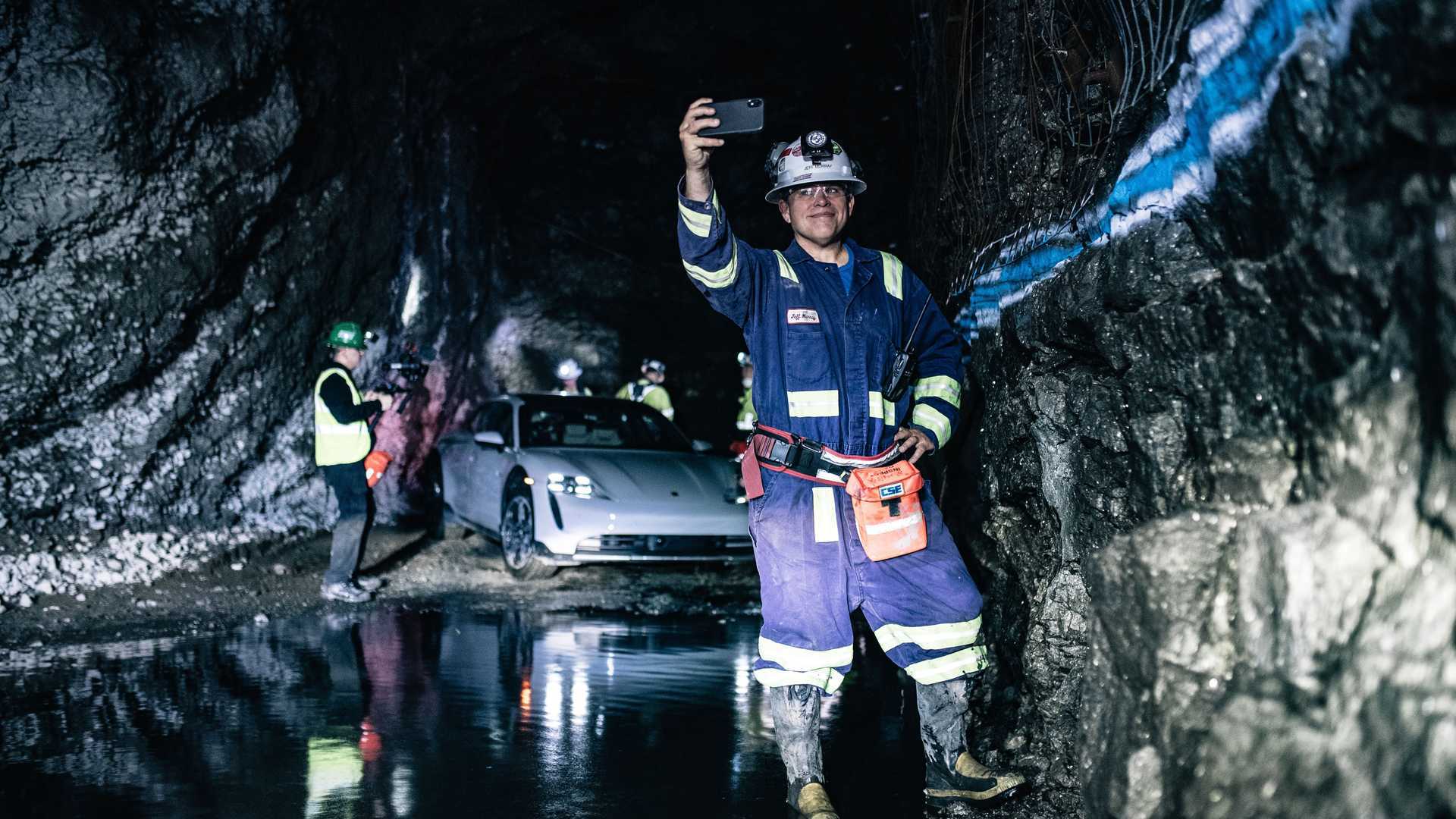 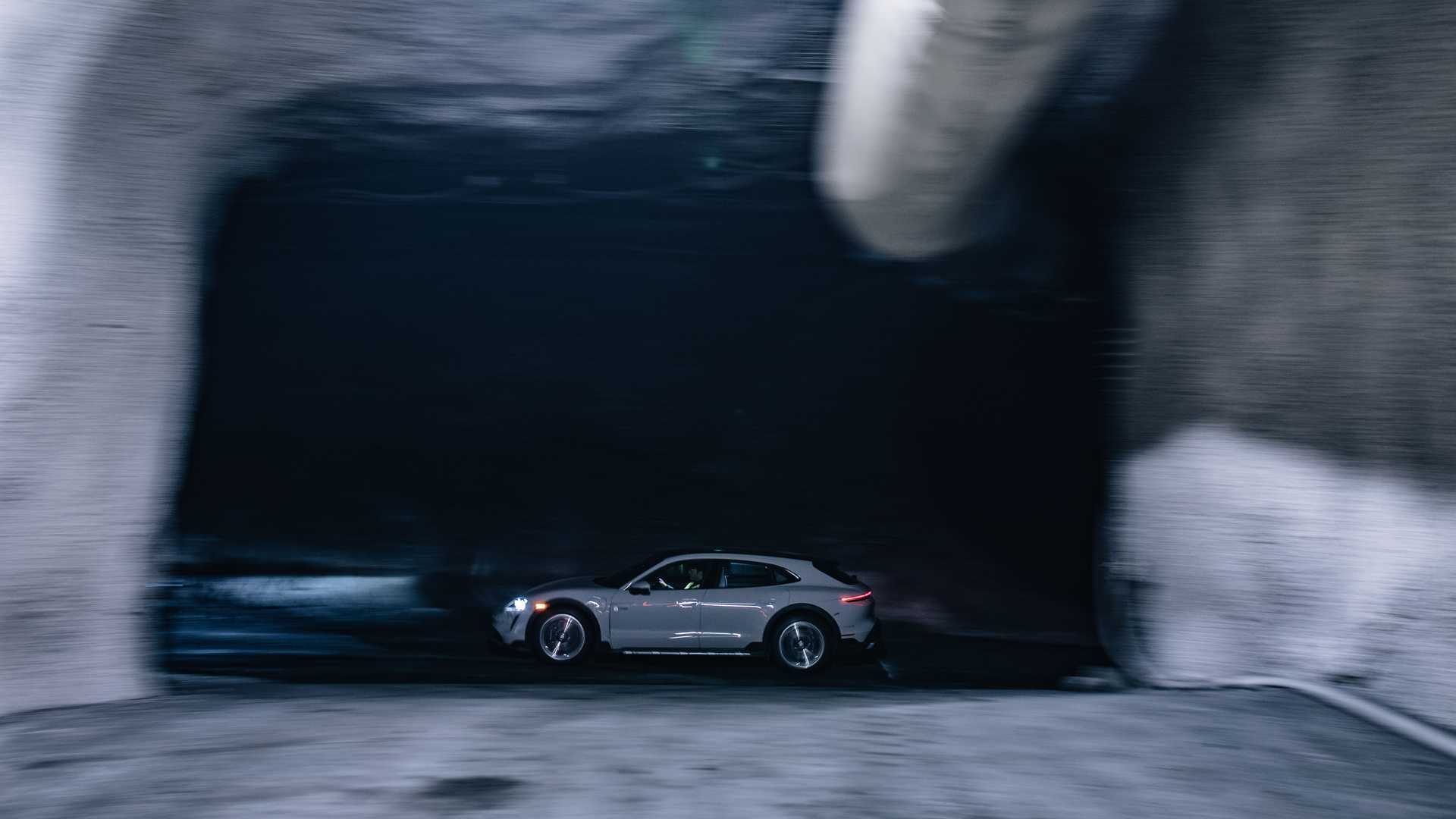 This high-grade nickel and copper mine is the only mine in the US where a car can be driven to sufficient depths, down a ramp usually used by specialist mining vehicles. The Taycan Cross Turismo’s raised ride height and AWD came in handy while driving through the mine’s tunnel, and the Porsche EV covered the trip using completely standard road tires.

After rigorous training, the team were granted access to the very lowest part of the excavation, at a depth of 1,774.4 feet (540.8 meters) below sea level. That represented the start of the epic trip that ended at 14,115 feet (4,302 meters) on the summit of Pikes Peak in Colorado.

The journey was among the most demanding the car and team had ever experienced, taking them across six states and ascending just over three miles without ever leaving the ground. By the time they reached the top of the mountain, the oxygen available to them at the start of the journey fell by 40%, although that wasn’t a problem for the Taycan.

The team encountered sun, rain, snow and ice along the way, as well as fatigue and a closed mountain road due to weather conditions. In total, three groups of drivers working in tandem took on the driving duties.

Each had sealed GPS devices monitoring their route and altitude throughout, along with an analogue altimeter and witness logs to meet strict Guinness World Records requirements. The video above chronicles the successful record attempt, so make sure you check it out.

Sandy Munro Found What He Was Looking Underneath Ford Mach-E