Volkswagen has released new design sketches of the ID. Aero, its first global fully electric sedan that will first launch in China and will later be available in North America and Europe.

The model was initially scheduled to debut in China in late April but since the Beijing Auto Show was postponed, the digital unveiling of the pre-production concept vehicle will take place on June 27 at 2:00 pm CEST.

The Volkswagen ID. Aero, also referred to as the Aero B internally, previews the brand’s first global all-electric production sedan, which is expected to help VW accelerate its electric offensive within the framework of the Accelerate strategy. We’ve already seen one of the sketches showing the front end during Volkswagen Group’s annual press conference on March 15, and now we also get a look at the vehicle’s side profile and rear end.

As its name suggests, the Volkswagen ID. Aero appears to be a highly aerodynamic vehicle, featuring a flowing and sharp exterior design with a low front hood and a coupe-style swooping roofline. The carmaker says the pre-production study’s aerodynamic front and roof help to reduce energy consumption and increase range. The rear end looks quite conventional for an ID. vehicle, featuring horizontal LED taillights united by a light bar. 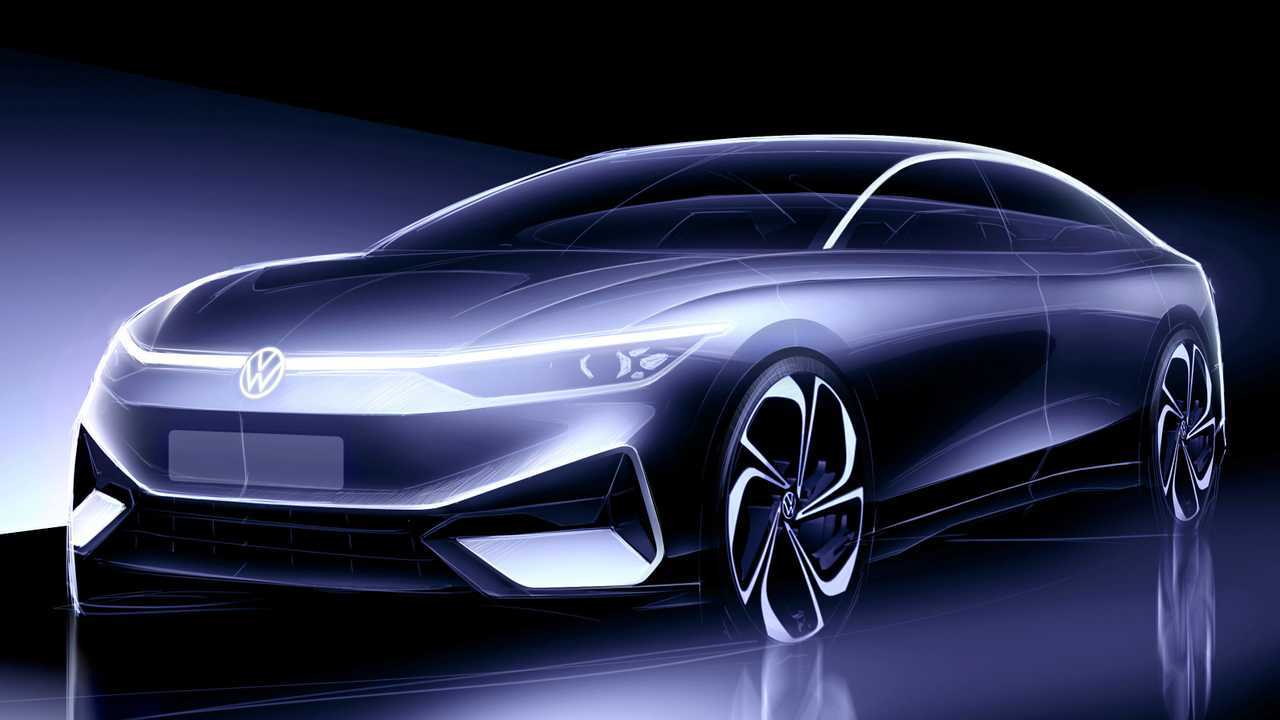 The four-door sedan promises generous interior space, which should be the case since it will compete in the high-volume upper-middle class segment.

As with all existing models from the ID. family, the ID. Aero is based on Volkswagen’s Modular Electric Drive Matrix (MEB). Back in March, VW brand boss Ralf Brandstätter said the all-electric concept sedan offers a 435-mile (700-kilometer) range. That’s all we know at the moment, but we’re pretty sure VW will offer more details during next week’s debut.

Expect a choice of rear- and all-wheel-drive powertrains, with a GTX-badged performance model—VW recently confirmed that all ID. models will get GTX variants—to use the most powerful dual-motor setup. Speaking of the ID. Aero GTX, VW’s former head of R&D Frank Welsch said in 2020 that it will sprint from 0 to 62 mph (100 km/h) in around 5.6 seconds.

The production version of the ID. Aero, which will serve as the electric equivalent to the combustion-engined Passat, is expected to go on sale in China in the second half of 2023, with the corresponding model for the North American and European markets to be presented in 2023.

While the Chinese-spec model will be made locally, the Volkswagen ID. Aero for Europe and North America will be built at the carmaker’s plant in Emden, which recently started making the ID.4 electric SUV.

2021 Dacia Duster Lives The Commercial Van Life In The UK

Used Vehicle Market Likely to Speed Up in Coming Months