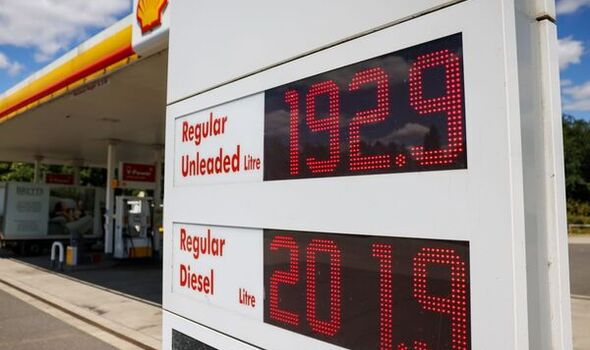 RAC spokesman Simon Williams said: “Astonishingly, despite yet another day of plunging wholesale prices, average fuel prices on Wednesday remained at near record highs. The biggest retailers’ refusal to cut prices is now beyond belief.”

The Government asked the Competition and Markets Authority to probe fuel retailers last month, for failing to pass a 5p duty cut to buyers on the forecourt.

Mr Williams said: “The Competition and Markets Authority should really consider further delaying publishing their report as this period is one of the best examples of how retailers put off cutting prices in a rapidly falling ­market to the detriment of drivers.

“We can only hope the supermarkets are at the point of announcing their biggest price cut in history. We remain ready to be surprised.”

The RAC said pump prices should be closer to 183p a litre for petrol and 194p for diesel based on last week’s wholesale prices.

Jack Cousens, head of roads policy for the AA, said: “There are some awesome forecourts out there, like the Texaco in Farnham that is selling its petrol at 186.9p a litre – which is where the average price should be.

“Those mavericks are few and far between, even if it shows the other fuel traders that being competitive once again won’t kill them.

“Yet it might stop rural drivers, ­low-income workers and small ­businesses being tipped over a ­financial precipice.”

Pump pricing in the UK is broken. In the lead-up to the fuel duty cut on 23 March, wholesale petrol prices had already fallen. And, since the Jubilee bank holiday, it has fallen 5p a litre into mid June, and then another 5p a litre since.

But only now has the UK fuel trade started to cut pump prices.

There are some awesome forecourts, like the Texaco in Farnham that is selling it’s petrol at 186.9p a litre (which is where the average price should be).

That compares with a national average of 191.3p and the supermarket up the road selling at 191.9p. But those mavericks are few. So why the wait?

Is it a copy of what happened in March? Talk of a fuel duty cut suggesting to retailers if they delay lower prices the Chancellor will give them the means do it?