The video includes a Tesla Model 3 charging from the outlet of the Hyundai Ioniq 5!

This video is an overview of the all-new Hyundai Ioniq 5 in South Korea, including a visit at a newly launched E-pit fast-charging station.

However, our focus is on the size comparison with the Tesla Model 3 (starts at around 4:29), which looks almost tiny between the two Hyundai Ioniq 5!

The difference is really noticeable and I personally regret that once I called the Ioniq 5 small. It’s not small.

The Ioniq 5 will be a closer competitor to the Tesla Model Y rather than the Model 3 in the crossover/SUV segment.

If you scroll to around 8:15, there is a quick test of the Hyundai Ioniq 5’s AC power export feature (V2L – vehicle-to-load) used to charge the Tesla Model 3!

According to the manufacturer, the V2L is capable of providing up to 3.5 kW of power (at 110/220V depending on the market). 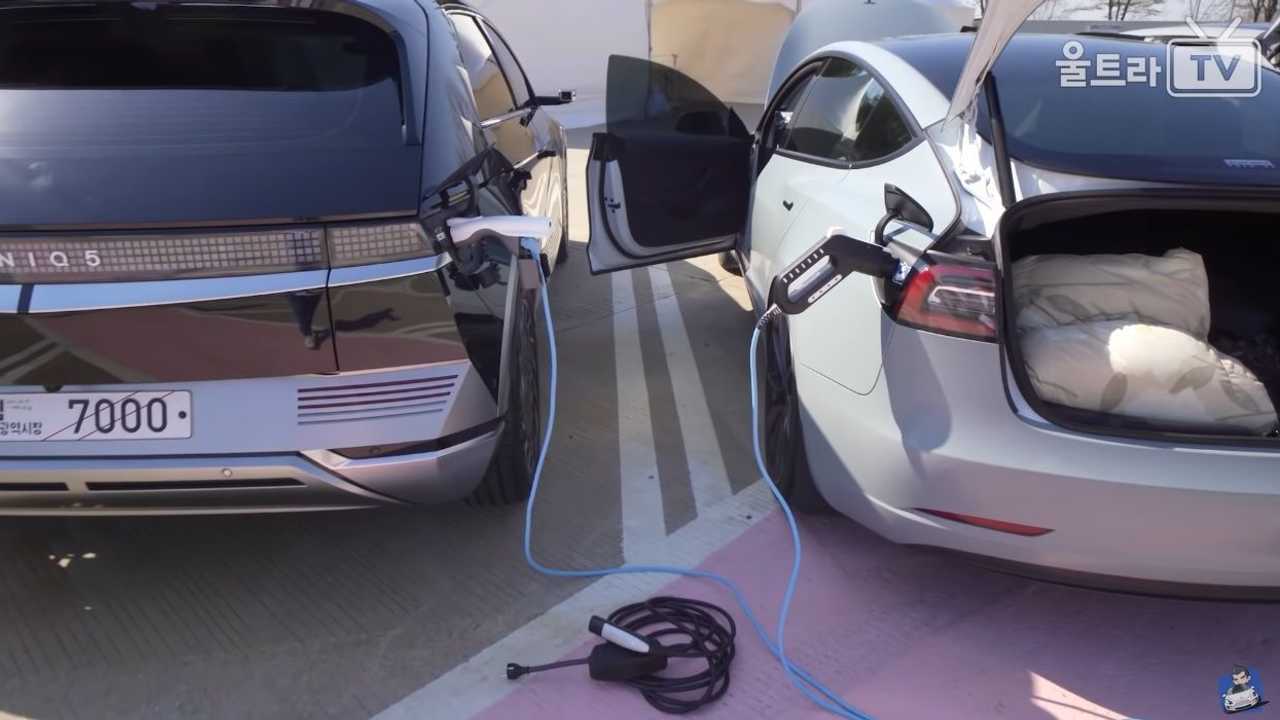 In the case of Model 3, the first attempt failed, reportedly because the Tesla’s factory EVSE cable (normally used to charge from an ordinary household outlet) turned out to be too sensitive for a proper grounding.

The second attempt, with a different charging cable, was successful and the car was able to charge at some 3 kW.

It’s quite unique to see two BEVs, one charging from another, but in the future, probably it will become more common and handy in an emergency situation.

Hyundai’s idea to offer an V2L adapter that turns the standard charging inlet into a household outlet is really brilliant. It will allow supplying electric appliances with power outdoors. The battery options of 77.4 kWh or 58.0 kWh are big enough to handle the loads for a prolonged time (5 hours at 3 kW is just 15 kWh).