Following the LRT spot check carried out by transport minister Anthony Loke earlier this month, Rapid Rail – the operator of the LRT, MRT and Monorail in the Klang Valley – has provided an update on the status of repair and rectification work currently being carried out at various stations.

In a statement published earlier today, the rail operator said that work on repairing escalators at stations is ongoing, with the replacement of parts being carried out in stages and expected to be fully completed next February. It said that as of December 15, the process of replacing 20 handrail units and three stepchain units at 10 MRT stations had been completed, and the escalators at these stations were back in operation.

The company added that as a long-term measure, it has implemented a condition-based maintenance (CBM) programme, where the process of replacing components that are judged to be damaged or frequently problematic will continue to be carried out without waiting for the end of the service life. It added that it has made sufficient advance bookings of parts to support the CBM programme. 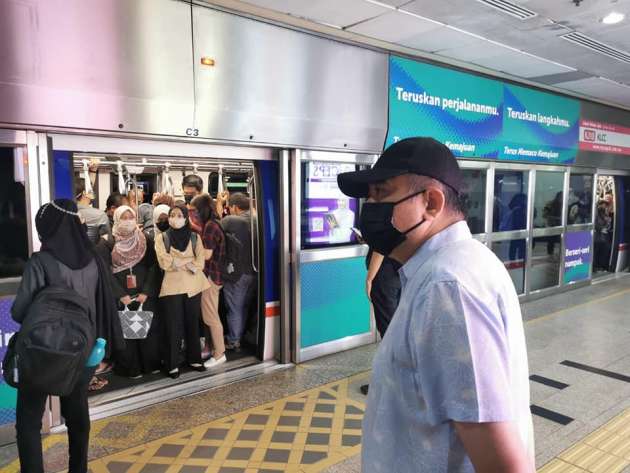 Additionally, the company was also in the midst of addressing the problem of leaks at 93 locations at various stations, with repairs at 21 locations at LRT and monorail stations having being completed. Repairs on the rest of the leaks will be carried out in stages and is expected to be fully completed by June next year.

Meanwhile, for the renovation work at MRT stations, discussions with asset owner MRT Corporation have been carried out. Rapid Rail announced that the repair process at 22 leak locations has been completed, and monitoring of the effectiveness of the repair work is presently being carried out. The company added that there were locations which would require more time to resolve because the repairs would involve modifications to the roof structure.

As for lighting issues, the company said that repair work on the wiring system and the replacement of problematic bulbs at stations has almost been completed. “We have carried out regular inspection and maintenance programmes, and currently the number of non-functioning lights is below 1%,” the company said in its statement, adding that the the small percentage of lights that were still not working were new faults, and these would be replaced immediately.

Finally, with regards to elevator services at MRT and LRT stations, Rapid Rail said that the operational readiness of its lifts at these facilities was currently at 99%. It added that maintenance activities are always being carried out periodically to ensure that the elevators are in good, working condition.

“Regarding the issue of elevators in monorail stations, the original design of monorail stations did not have elevator facilities. Realising the needs of users, especially the elderly and the disabled, Prasarana has taken the initiative to add 18 units of lifts and 39 units of “wheelchair platform lift” for the comfort of users,” the statement said.

The company said that the lift upgrading work at monorail stations require structural improvements and safety issues that need to be addressed. It said that the work on the upgrades would start in the first quarter of next year and take 18 months to complete.