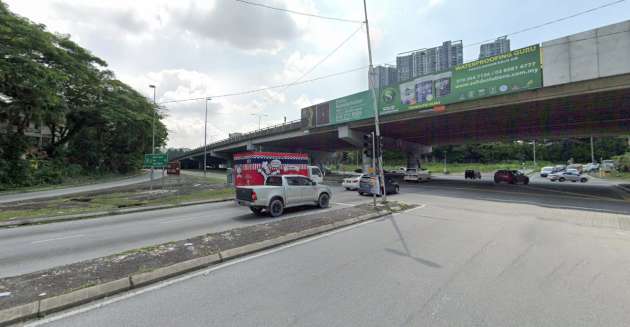 According to a report by The Star, residents in Taman Daya, Kepong want the authorities to review their proposal to ease traffic congestion along the Kepong-Selayang Highway by building an interchange that links to the Middle Ring Road 2 (MRR2).

The high volume of traffic over the years has resulted in unbearable daily traffic congestion on the highway, with residents saying it now takes over an hour to head to Kuala Lumpur during peak hours. A proposal for an interchange was first initiated way back in 2014 but was rejected.

“There is always a long queue along the Selayang-Kepong Highway due to the traffic lights, and it can be quite frustrating. Sometimes, vehicles queueing at the traffic lights block motorists who want to turn left towards Batu Caves,” said Victor Chiam, a resident living in nearby Taman Intan Baiduri, who added that motorists used other neighbourhood roads as a detour to head to Kuala Lumpur.

In a written reply, senior works minister Datuk Seri Fadillah Yusof said traffic congestion resulted from the long line of vehicles queuing the traffic lights along the Kepong-Selayang Highway. He added that the traffic condition worsened when the T-junction was made into a cross junction.

The works ministry has proposed the construction of a 300-metre-high flyover on top of the MRR2 to address the problem, although this would involve high land acquisition costs on limited space. As such, the short-term solution was to change the queue time of the traffic lights. Residents said they would continue to write to the works ministry to push for the interchange. Are you a daily user of the Kepong-Selayang Highway? Would you support the proposal for an interchange linking to the MRR2 to be built?