Home » Elon Tweets That Rawlinson Was Never Chief Engineer At Tesla. Except He Was

You need to look no further than Tesla’s own website for proof.

OH, Elon. You weren’t satisfied with only tweeting about your upcoming Saturday Night Live appearance today so you decided to take another dig at former Tesla employee and current Lucid Motors CEO and CTO, Peter Rawlinson. We guess you just couldn’t help yourself and had to tell the world that Rawlinson was never the Chief Engineer at Tesla.

The problem is, it appears as Elon isn’t remembering it the same way Rawlinson does. But since that could be a simple case of he said, he said, we took the time to dig up some old Tesla Blog posts, videos, and even a screenshot of the Tesla website when Rawlinson worked there, courtesy of the Wayback Machine.

Rawlinson and I have spoken about this exact topic in the past, and luckily I still have the recording of our conversation. Here’s how the man behind the Lucid Air explains what went on when Musk hired him to save and deliver the Model S.

“Elon reached out to me and said, look, I’ve got a bloody disaster on my hands, will you come and join us? I joined the company and I checked out where they were at. I remember it vividly. After the first few days at Tesla, I went to see Elon at Space-X on a Friday and he asked me: What do you think? I said Elon, it’s a disaster. You’re going to have to start again. He asked everything? I said yes, look, I know how to do this, let me design Model S from scratch. Elon asked: What, you mean nothing (can be saved)? I said if you want the best car, then trust me, it’s from scratch. I thought well, he can only fire me, but he didn’t, he said do it – and he meant it. He actually trusted me and empowered me to do it and we did do it.” – Lucid Motors CEO and CTO Peter Rawlinson on how he was tasked by Elon Musk to engineer the Tesla Model S.

We found these two videos in which Rawlinson explains Model S engineering. These identify Rawlinson as the “VP of Engineering”, not specifically the Chief Engineer, as he is described in other places on the Tesla website. 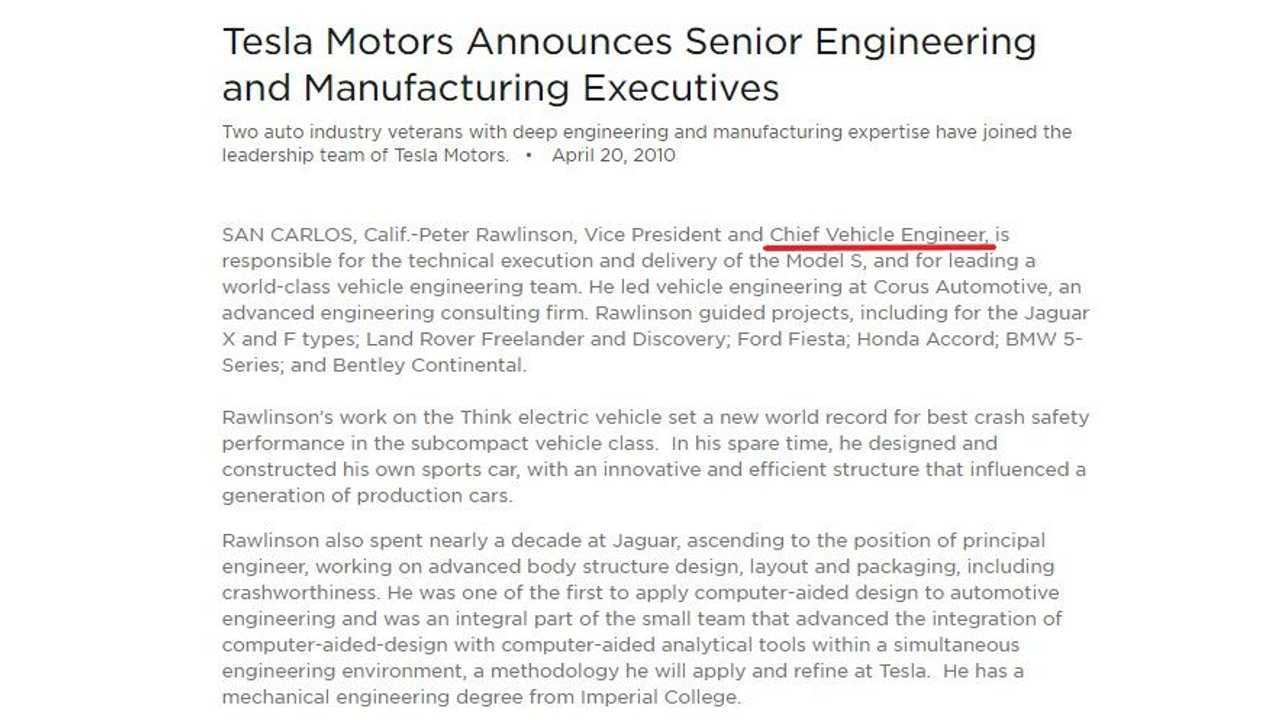 InsideEVs did reach out to Lucid Motors for comment, but it appears the company doesn’t want to give this story any more oxygen than it already has. A company spokesperson replied: “We have no comment to make at this time. As you will already be aware, Peter’s focus is on putting the world’s best EV into production, a car with over 500 miles of range that delivers new benchmarks in efficiency, power, range, performance, charge rate and luxury.”

There’s also this piece from the Tesla website that also names Rawlinson as the Chief Engineer for Vehicle Engineering. 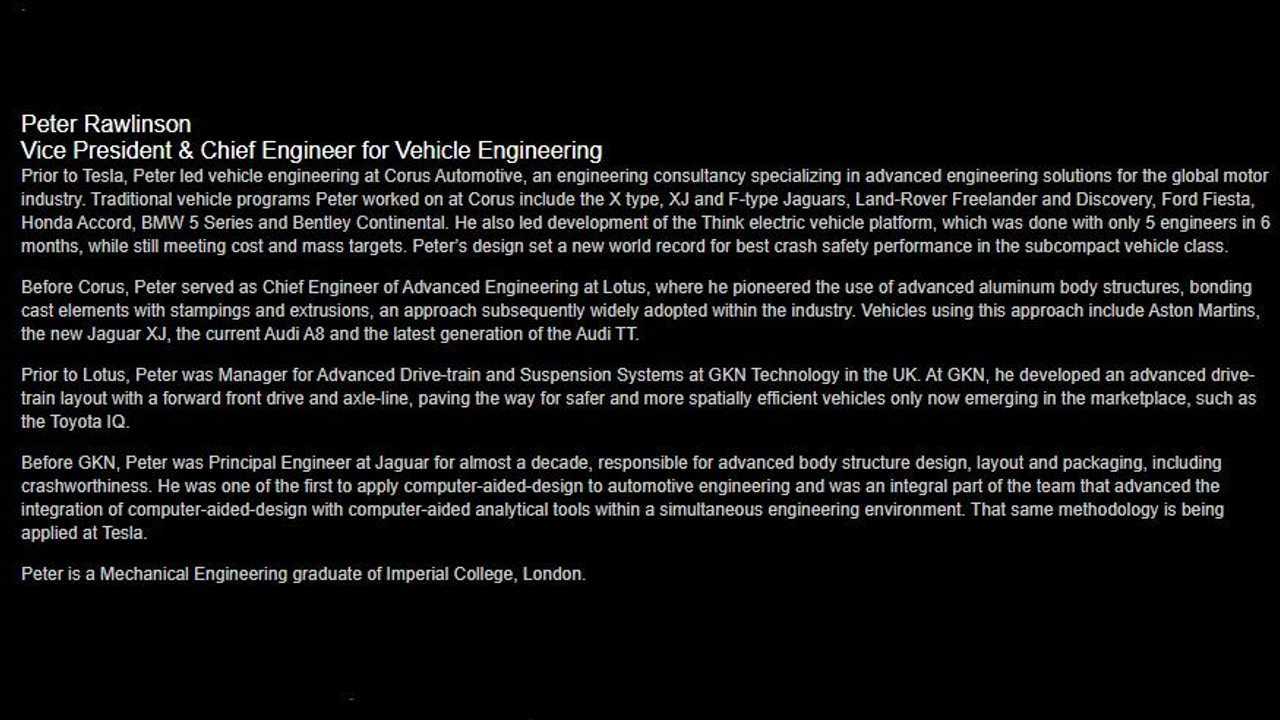 Personally, I do love much of Elon’s colorful personality. Sure, I think Elon (and Tesla) would be better off without some of his more outrageous statements, but overall, I believe his confident swagger was needed to get Tesla to where they are today.

That said, it appears that Elon misremembers Rawlinson’s history with Tesla, or, even worse, he’s guilty of creating some revisionist history. If what we’ve shown above isn’t enough, check out this video of Rawlinson from the 2011 Detroit Auto Show. Additionally, we discovered this list of patents that Rawlinson and members of his team filed for, related to his work at Tesla.

We certainly don’t mind some competitive banter between rival EV companies, but it’s important to point out misinformation, which, after reviewing the information we found, seems to be the case. Take a look at the above information and let us know what you think in the comment section below.