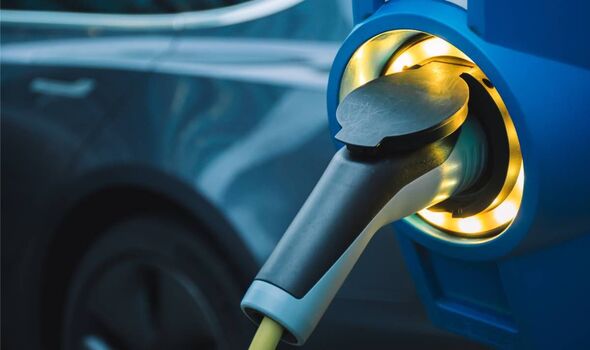 Research reveals multiple cases of irate motorists arguing over who is next in line – with some even yanking plugs out of rivals’ cars while they are still topping up. Fights have broken out across the UK at charging points outside supermarkets, restaurants and gyms.

The trigger is what the industry is calling “range anxiety” – the fear that an electric vehicle will not have enough power to reach the next charging point, leaving drivers stranded.

Experts say until more charging points are rolled out, rules of conduct need to be written into the Highway Code to stop motorists’ bickering turning to violence.

Jessica Fletcher got into a bust-up as she pulled into a supermarket car park to charge her EV just a week after collecting it from the showroom.

She said: “I inadvertently jumped the queue. There seems to be so many unwritten rules and so much anger toward those who get it wrong.

“I pulled in the car park and saw a bloke in a little smart car waiting for the chargers.

“I thought I’d done the right thing by parking up in a bay out of the way so when the smart car had finished I moved into his space.

“But I ended up with some bloke in a huge Audi jumping out of his car jabbing his finger and shouting at me that I’d jumped the queue – he’d been waiting and I pulled up.”

Ms Fletcher added: “I soon realised that there was no point in trying to explain that I’d been parked in a bay and just begged him to leave me alone.”

It was only the second time she had charged the vehicle and the first time she had had to queue. She added: “How do you know what order to wait in? I wish I’d stuck with petrol right now.”

Last week saw electric car owners waiting up to three hours to charge their vehicles at the M6 service station at Tebay, in Cumbria, as sites were overwhelmed with motorists in the busy festive period.

Rules need to be brought in to stop frustrations from boiling over, said Tim Alcock, from supplier Lease ElectricCar.co.uk, which commissioned the research.

He said it revealed a “worrying rise in charge rage” and a need to amend the Highway Code.

“Not all electric vehicle owners are tree-hugging vegans who wouldn’t hurt a fly,” said Mr Alcock.

“EVs are mainstream now and the drivers get just as angry and frustrated as other road users.

“But they also have to deal with a scarcity of charging points along with the extra stress which comes from range anxiety. We’ve heard of drivers coming to blows over whose turn it is to plug their car in.

“It’s commonplace for drivers to unplug a vehicle left on charge and to plug their own vehicle in.

“The driver of the first car returns only to find someone else has stolen their charge.”