BMW initially will launch a single iX xDrive50 version (dual motor, all-wheel drive) in Q1 2022, equipped with a 111.5 kWh battery. Depending on the wheel size (20″ is standard), the EPA range will be as follows:

In the future, the company will introduce also a more powerful BMW iX M60 model, with over 600 hp. The entry-level xDrive40 version introduced in Europe will not be offered in the U.S. (at least not initially).

According to BMW, the gravimetric energy density of the lithium-ion battery has been increased by around 20% compared to the previous generation (no numbers were provided). 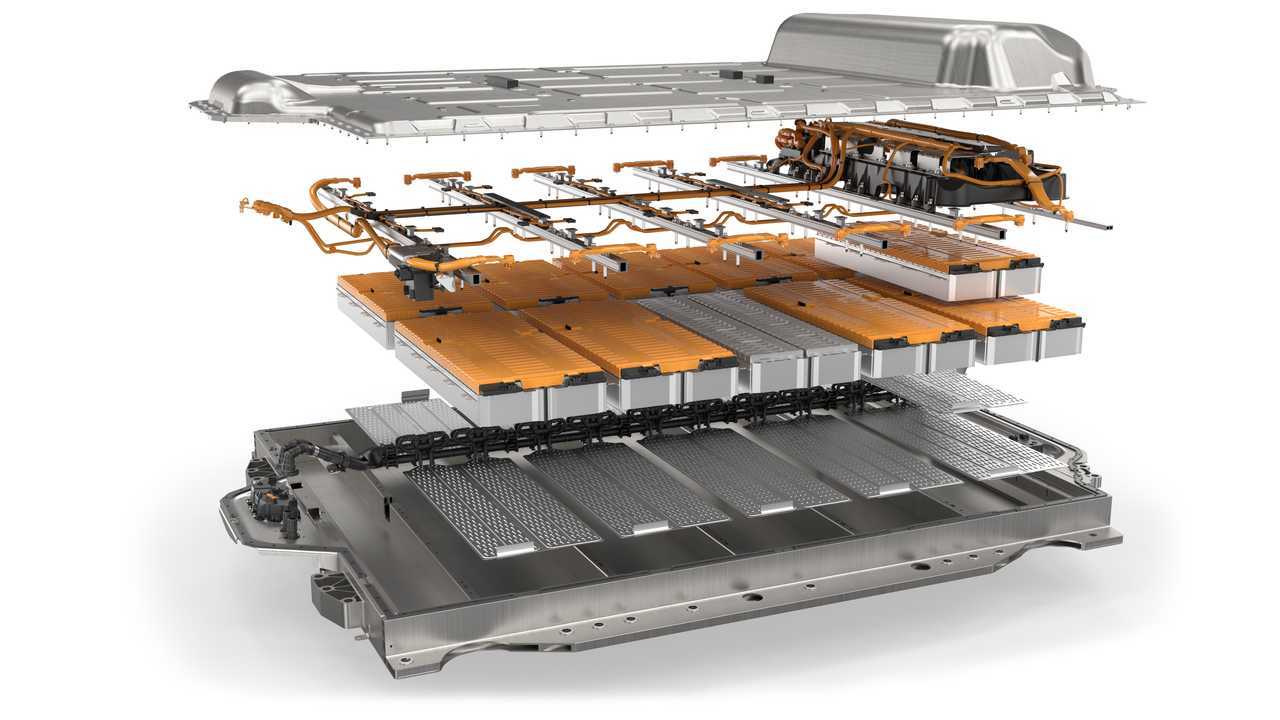 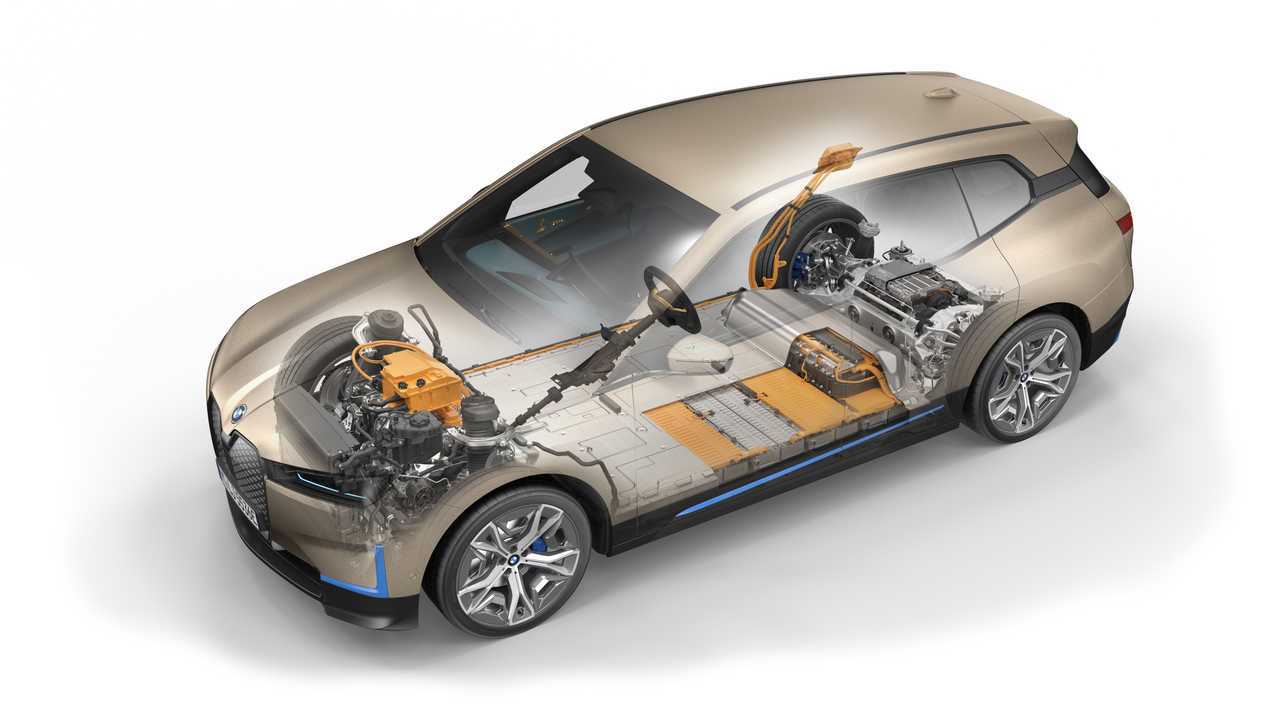 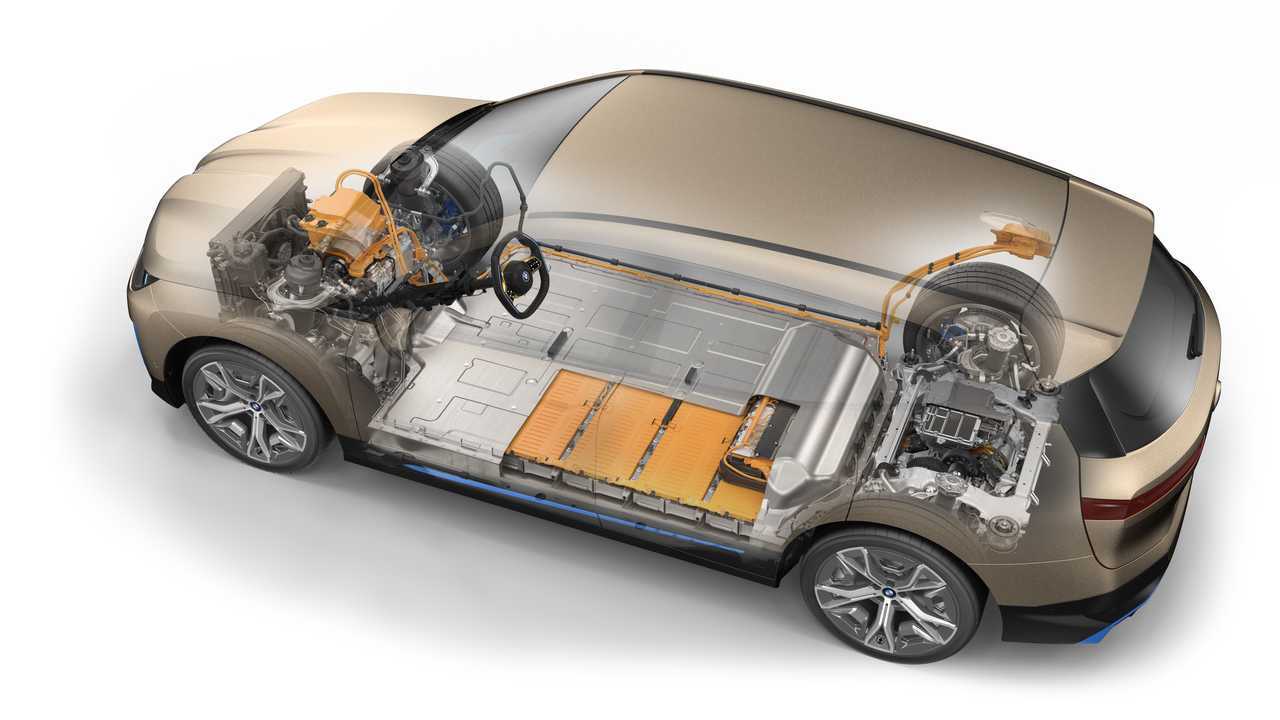 The vehicle has an advanced thermal management system – heating and cooling with heat pump. There is a battery pre-conditioning feature ahead of fast charging.

“The BMW iX’s heating and cooling system is made up of three cooling/heating circuits that can be interconnected by means of electric valves with a shared expansion tank. While driving in low outside temperatures, for example, the excess heat generated by the drive units is used to warm up the high-voltage battery. A two-level cooling module, a refrigerant compressor, two evaporators, a water-cooled condenser and a high-performance control unit together ensure optimum temperature control for both the BMW eDrive components and the vehicle interior in any operating state and in all regular weather conditions.”

“The latest version of the heat pump achieves a high efficiency factor by making use of ambient heat and heat from dehumidification – as well as the waste heat from the motors – for energy-efficient operation. The integrated heating and cooling system also insures optimal temperature control for the high-voltage battery in highly dynamic driving situations with high power requirements and during fast-charging from a DC charging station. If the navigation system’s route guidance function is active and has scheduled a stop at a fast-charging station, anticipatory thermal management will automatically pre-condition the battery beforehand.

Warming up the high-voltage battery or cooling it down as appropriate means it will be at the optimum temperature for quick and efficient charging at maximum capacity upon arrival at the charging station. Thermal management takes several factors into account here, including current battery temperature, remaining range, the predicted charging rate and the amount of charging planned as part of the overall route calculation.”

The BMW iX relies on BMW’s 5th Generation eDrive Technology, which includes highly integrated drive units (electric motor, power electronics and single-speed transmission in a single housing). The power density of this 5th gen system is around 30% higher than previously, according to BMW.

Electric motors – synchronous (without permanent magnets) – were developed and are produced in-house by BMW. Their efficiency is at 93%. 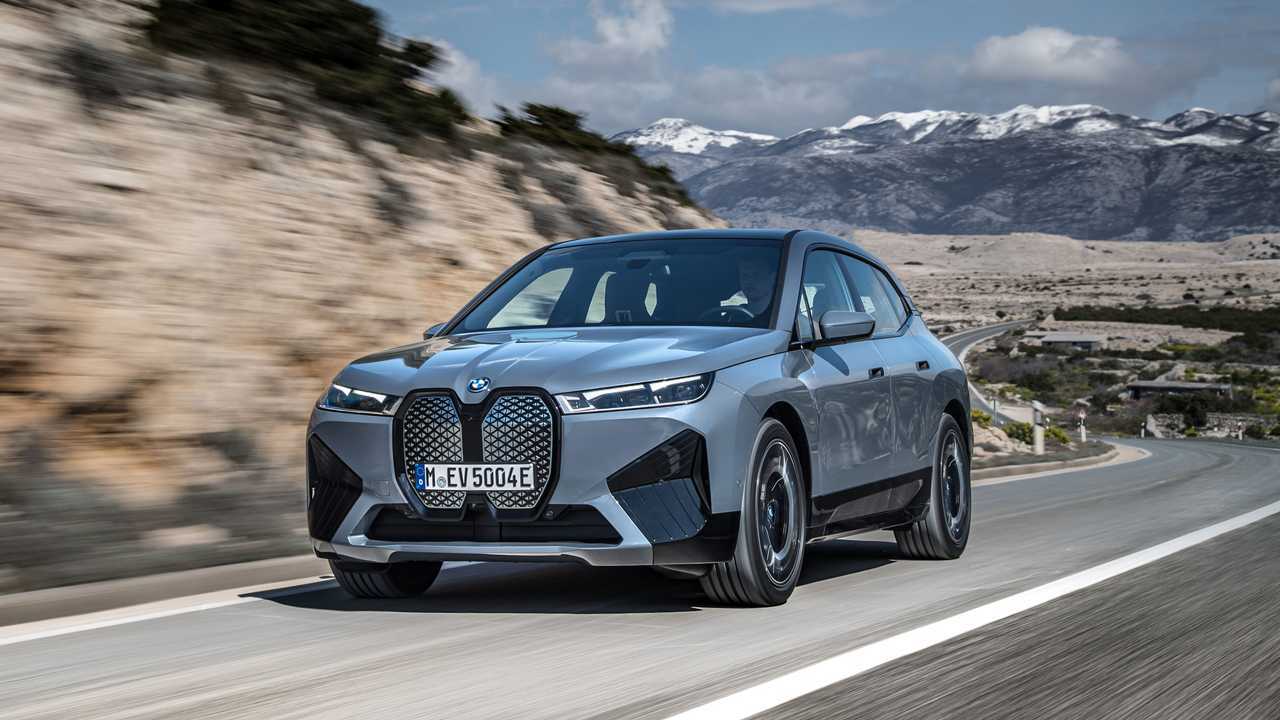 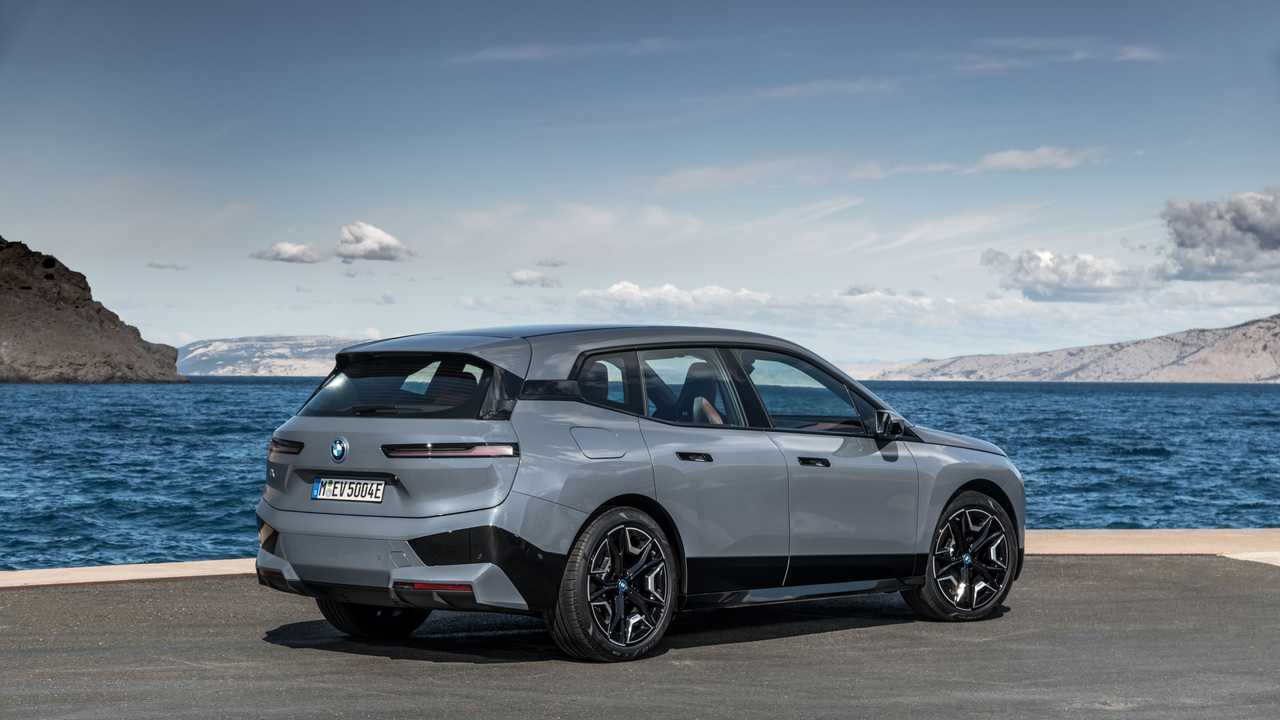 An important element that enhances driving dynamics of the all-wheel-drive system is the all-new near-actuator wheel slip limitation technology.

“This enables the vehicle to maximize straight line accelerate even on slippery surfaces, thanks to extremely quick and precise control responses. Specially designed for the instantaneous power delivery of electric motors, this traction control system is integrated into the motor management. This eliminates the long signal paths to the control unit for the DSC (Dynamic Stability Control), meaning that the corrective inputs at both the front and rear wheels are applied much faster and more precisely, with coordination between front and rear wheels.”

Another valuable feature is an advanced Adaptive Recuperation of Energy

” Intelligently connected drive management means the intensity of the brake energy recuperation can be adapted to the road situation, provided by data from the navigation system and the sensors used by the driver assistance systems. When approaching a junction, for example, the degree of recuperation can be increased, while at the same time feeding energy back into the high-voltage battery and increasing the deceleration effect. This targeted control of deceleration through energy recuperation helps to increase range.” 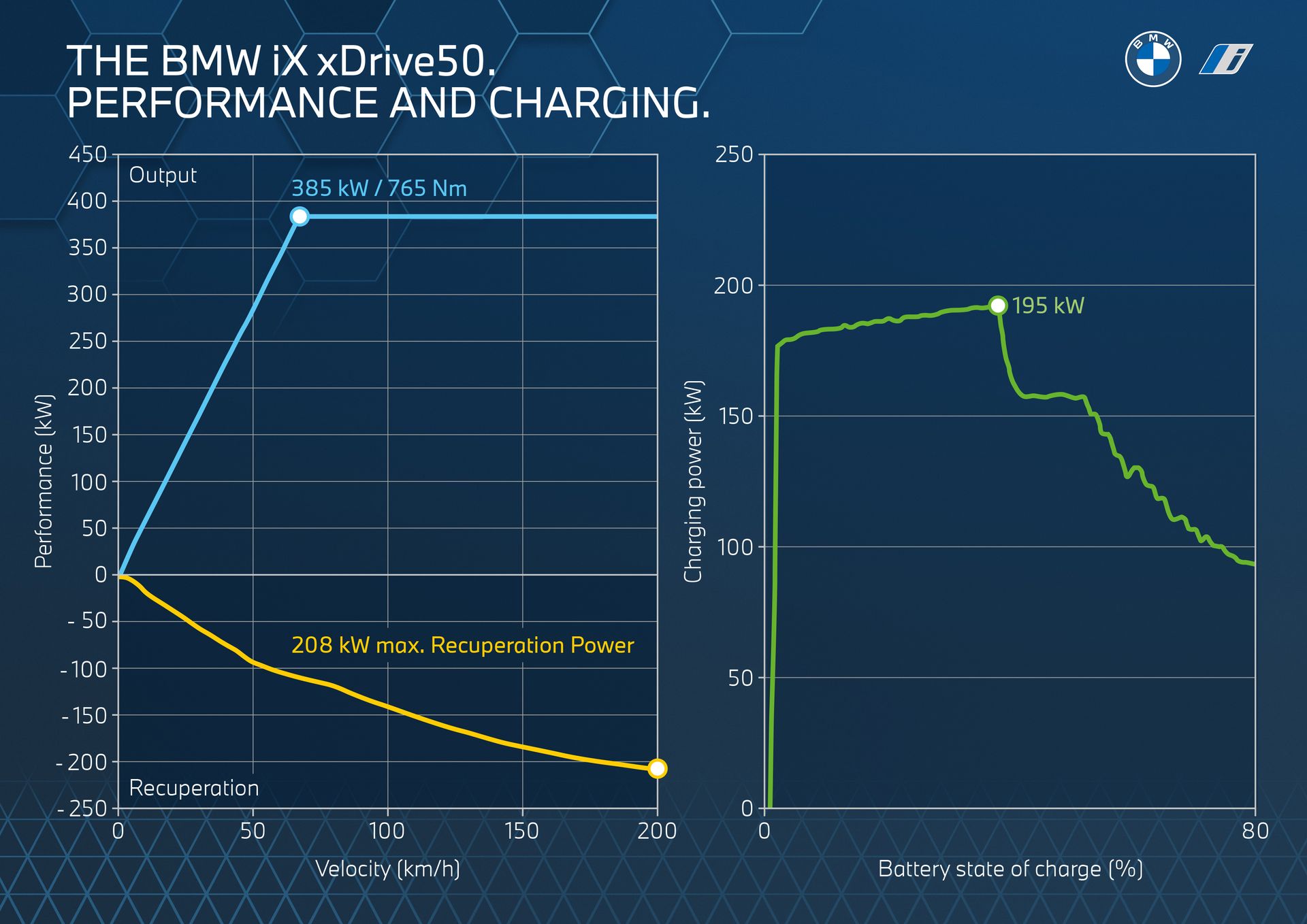 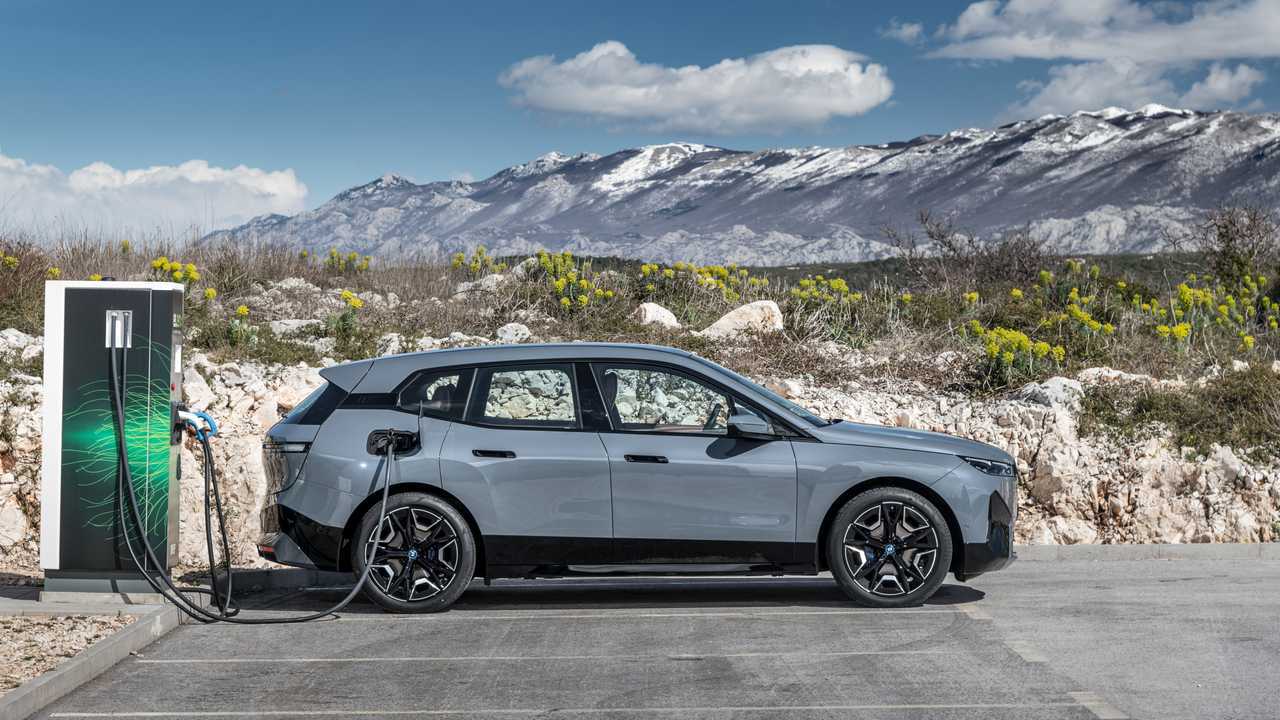 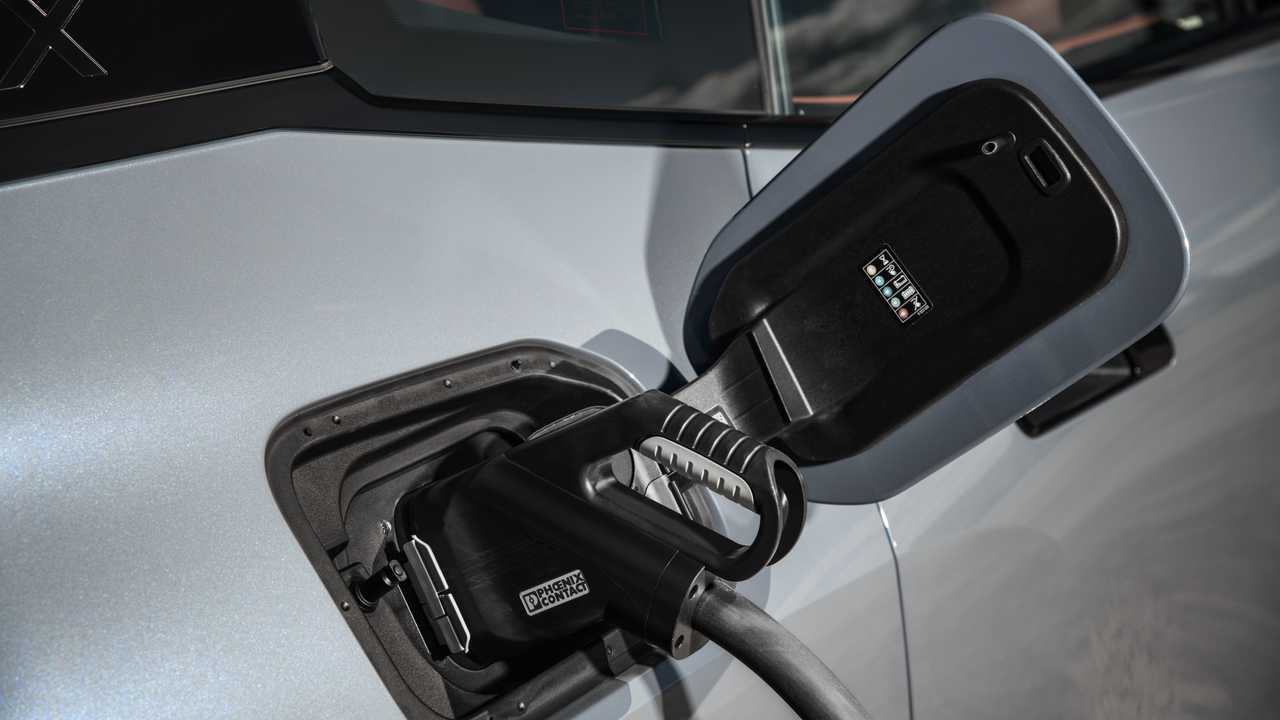 BMW partners with EVgo to offer easy access to publicly available charging points through a single app. Buyers and lessees will also receive $100 in the form of an EVgo charging credit that can be used at EVgo and partner network stations across all 50 states. 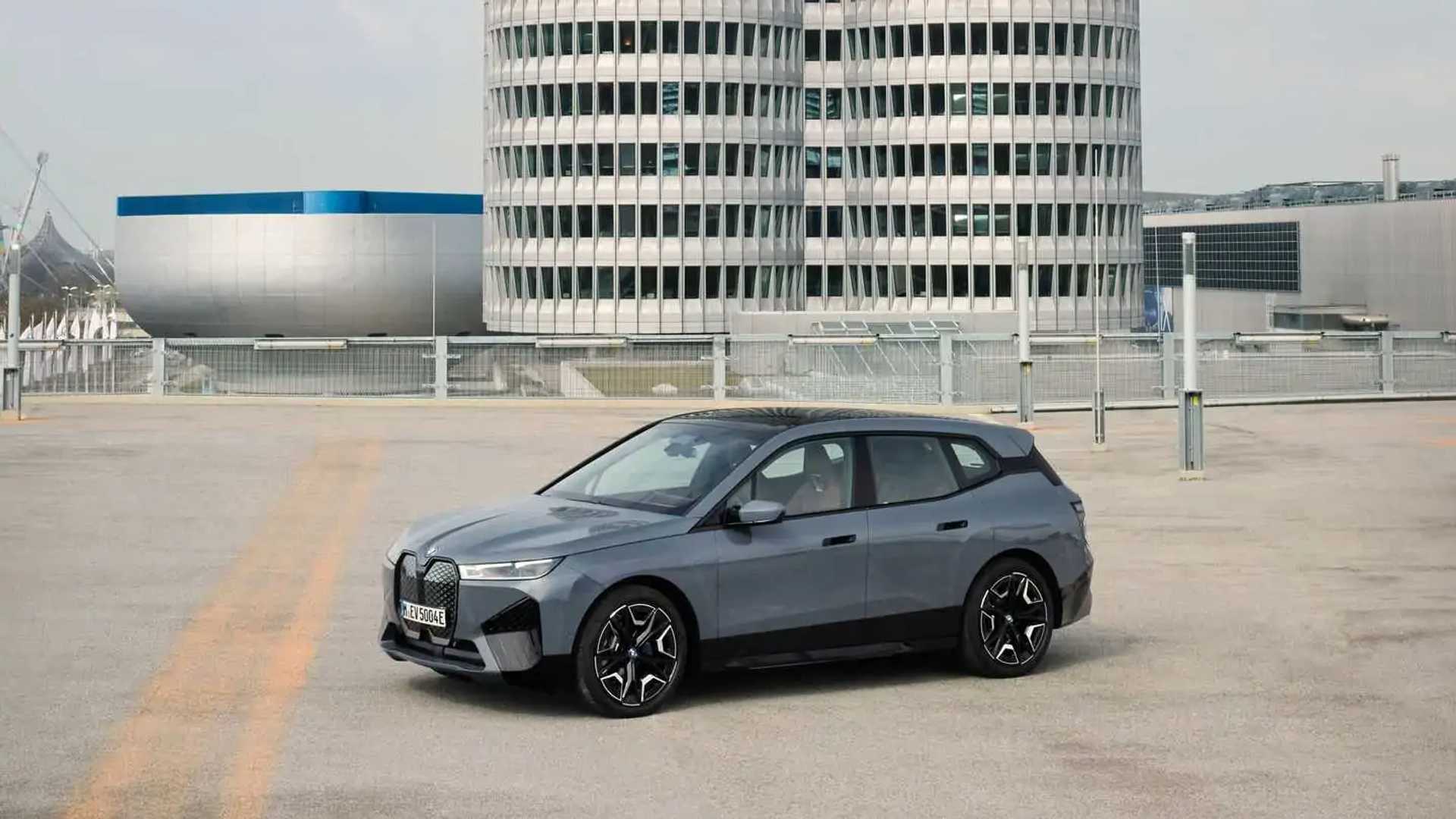 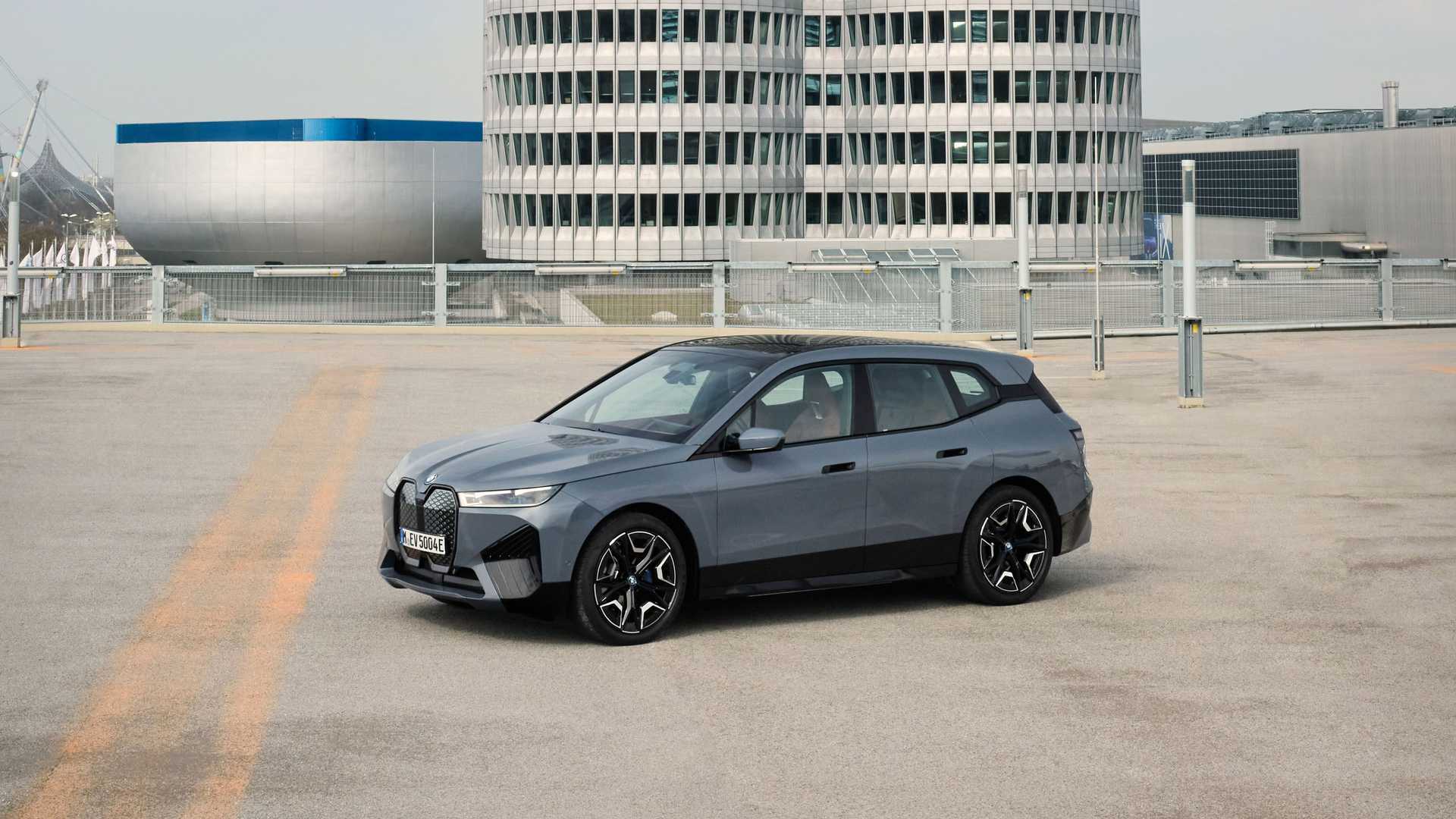 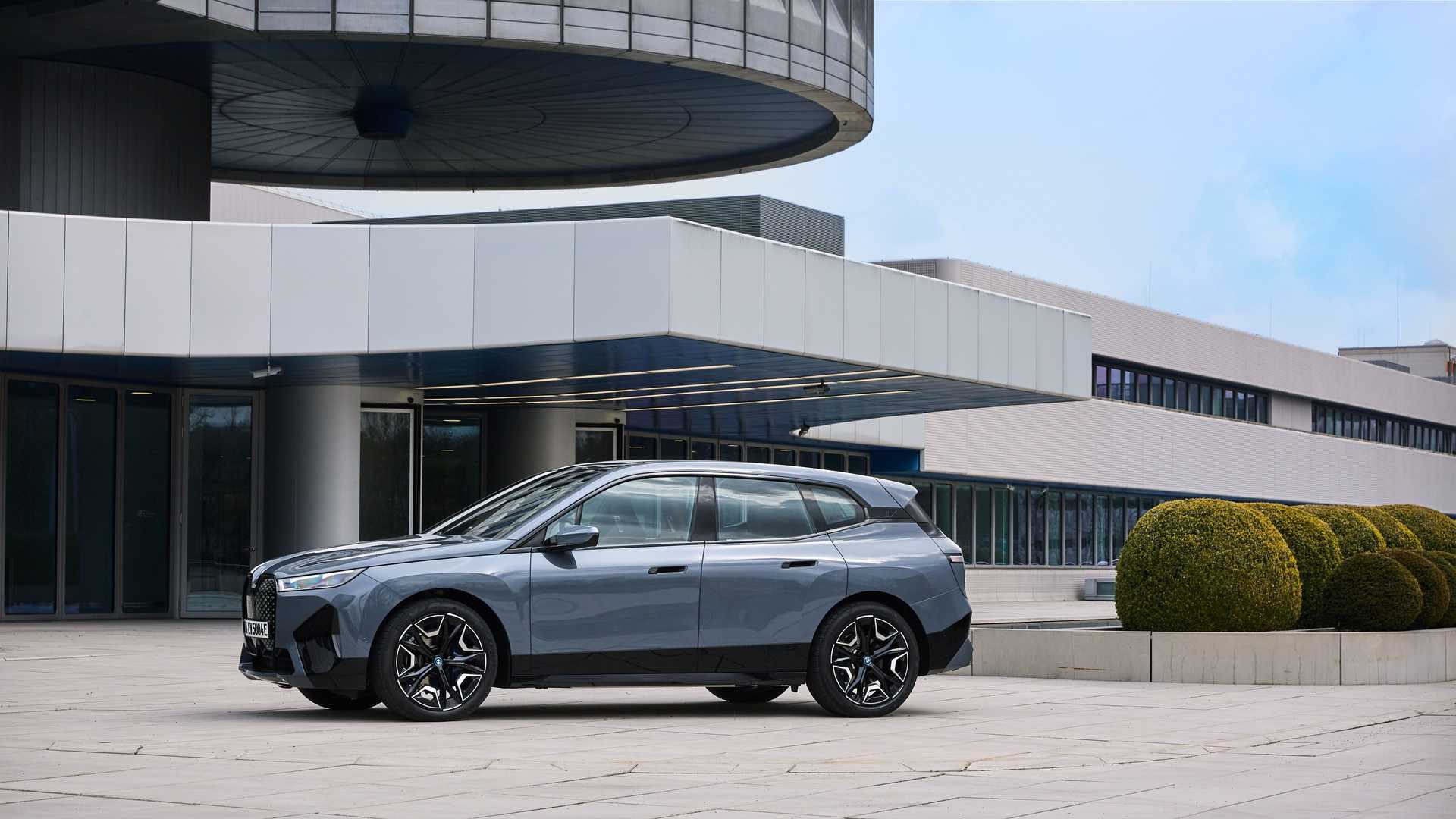 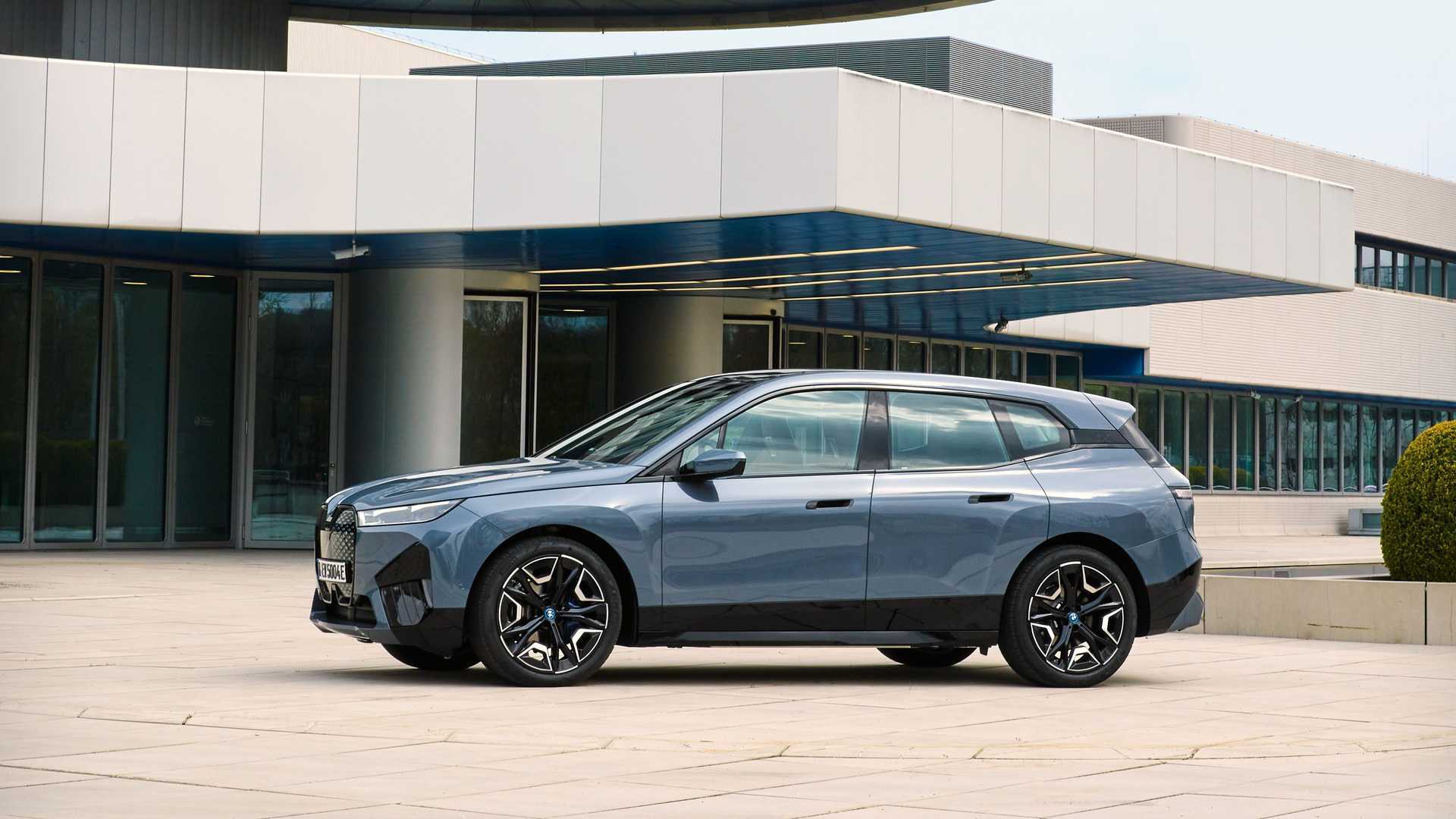 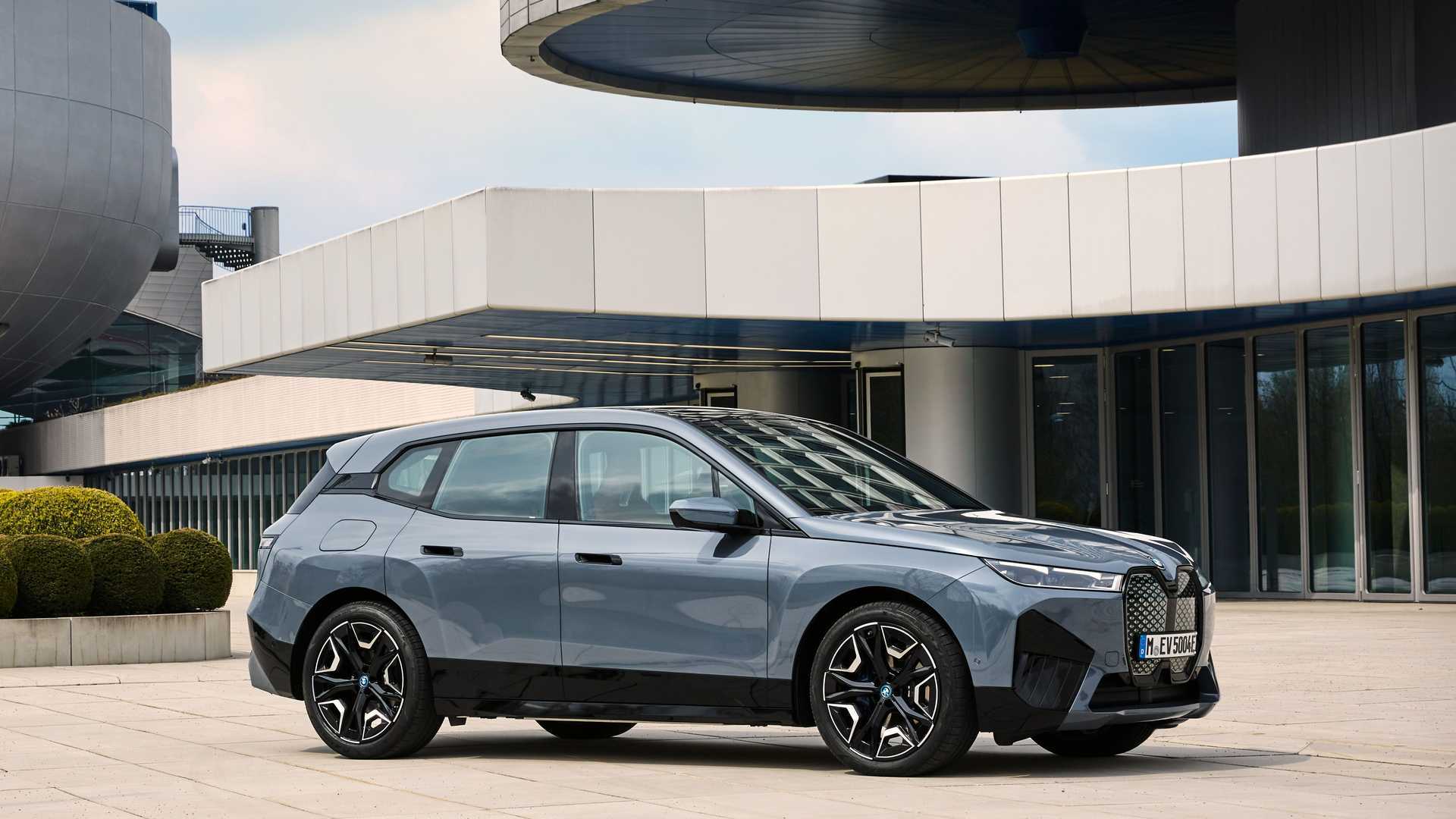 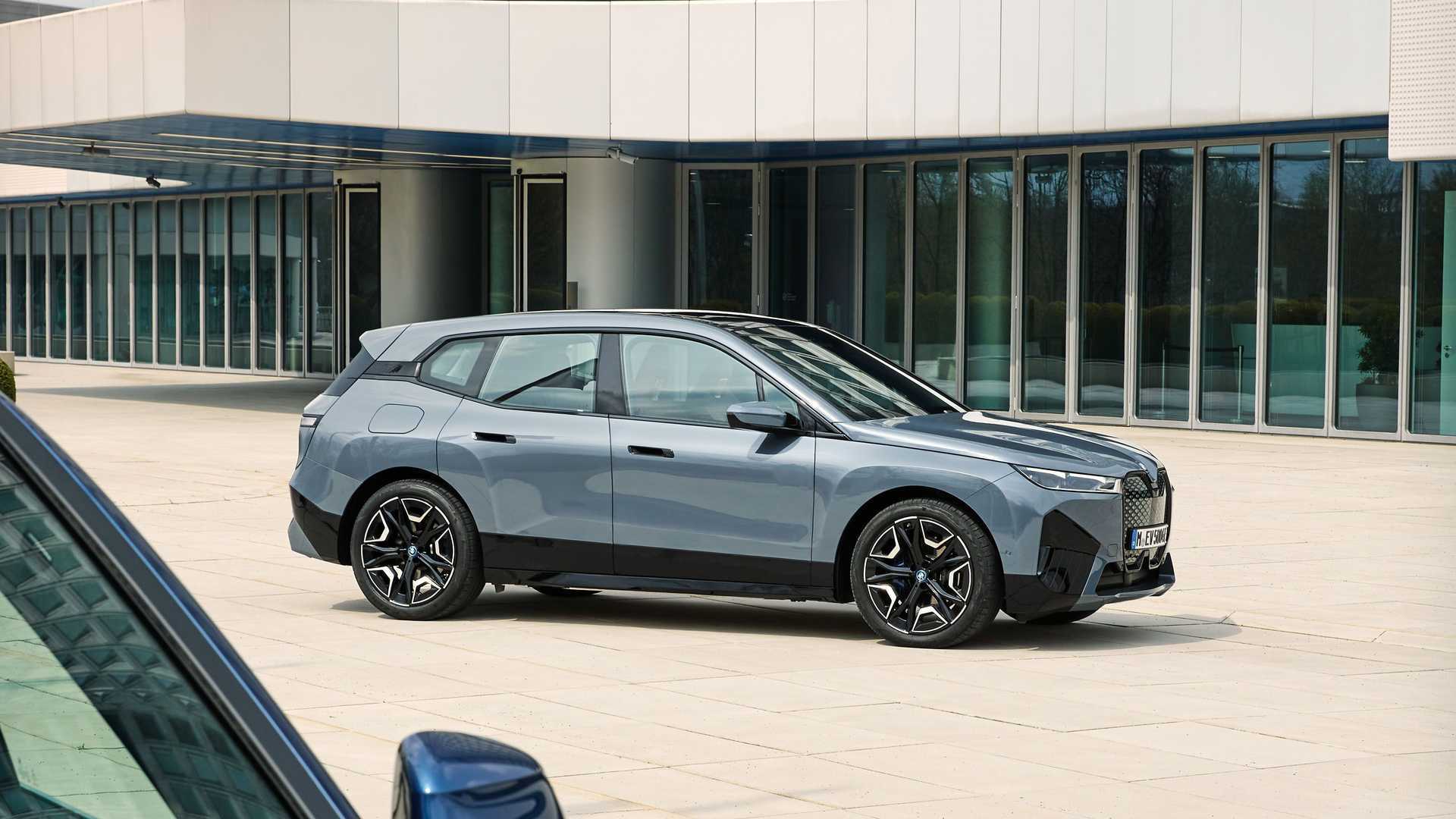 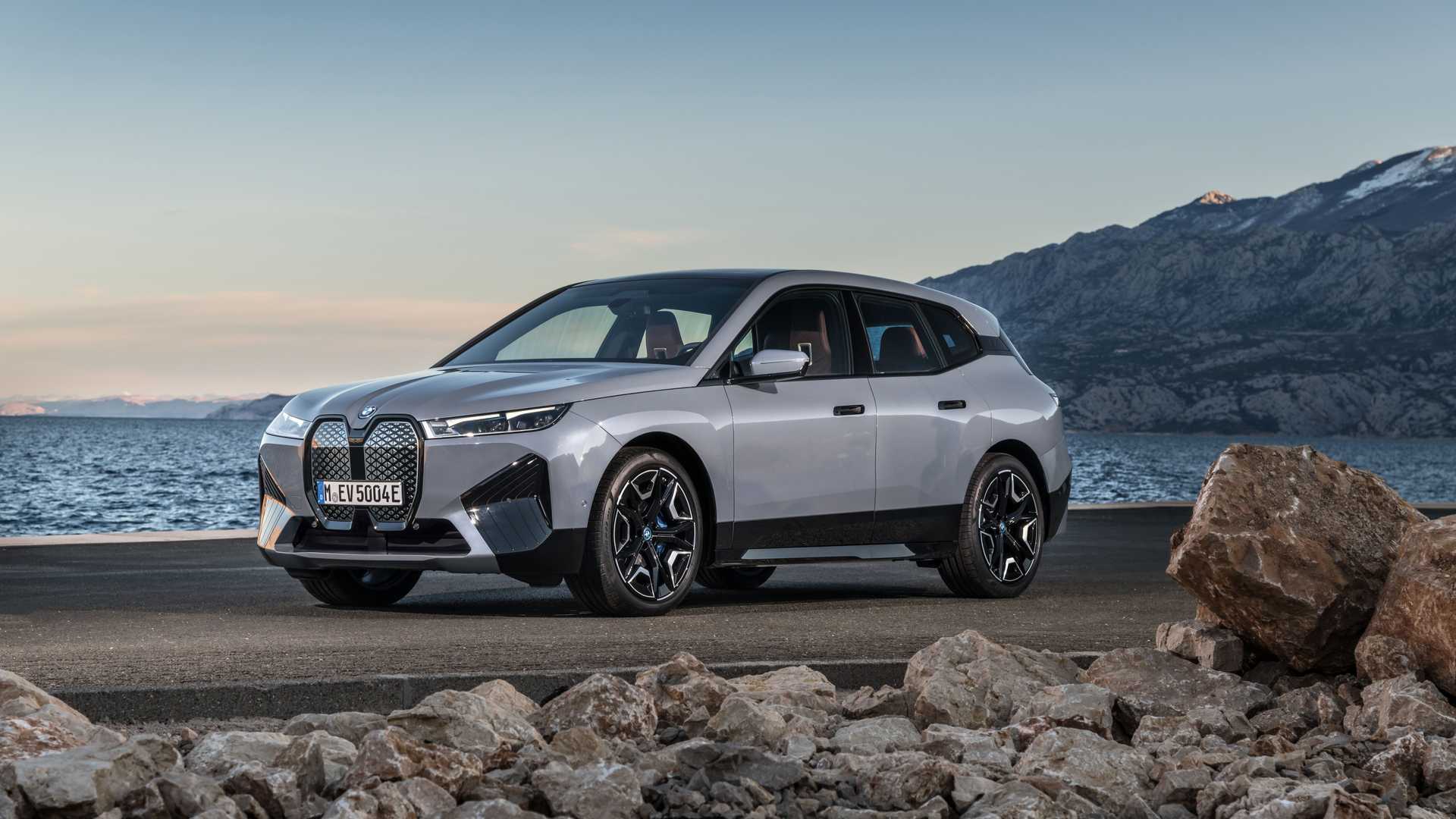 Toyota is the most valuable automotive brand in 2021 – Mercedes ahead of BMW; Tesla trumps Audi, Porsche – paultan.org