Air, an Israeli electric vertical takeoff and landing (eVTOL) aircraft company, shared a video that showcases its latest development efforts with the One, its flagship flying machine that has been in the making since 2017.

In the video embedded at the top of the article, the Air One eVTOL takes off vertically, then successfully transitions into cruising mode, flies horizontally for a bit, then transitions back into vertical mode and lands vertically, all while being loaded to its full capacity.

It’s a big milestone for the small Israeli company which plans to deliver its first production-ready units to customers in late 2024 at a starting price of $150,000.

Now, the company intends to move most of its research and development efforts to the United States, where it can collaborate with the FAA more easily, to obtain official certification for a prototype of the eVTOL by Q3 of 2023.

Founded in 2017 near Tel Aviv, Israel, Air is an electric aviation company that reached its first big milestone in Q2 of 2022, when it showed a full-scale version of the One eVTOL that was capable of hovering.

With this latest achievement, the company wants to plow ahead with development and log thousands of flight hours, subsequently increasing the range, speed, and endurance of its electric aircraft.

In an official press release, Air says that the two-seater One eVTOL is capable of taking off and landing on any flat surface with a payload of 551 lb (250 kg) and that it “offers a practical long-range on a single charge at speeds up to 155 mph (250 km/h).” 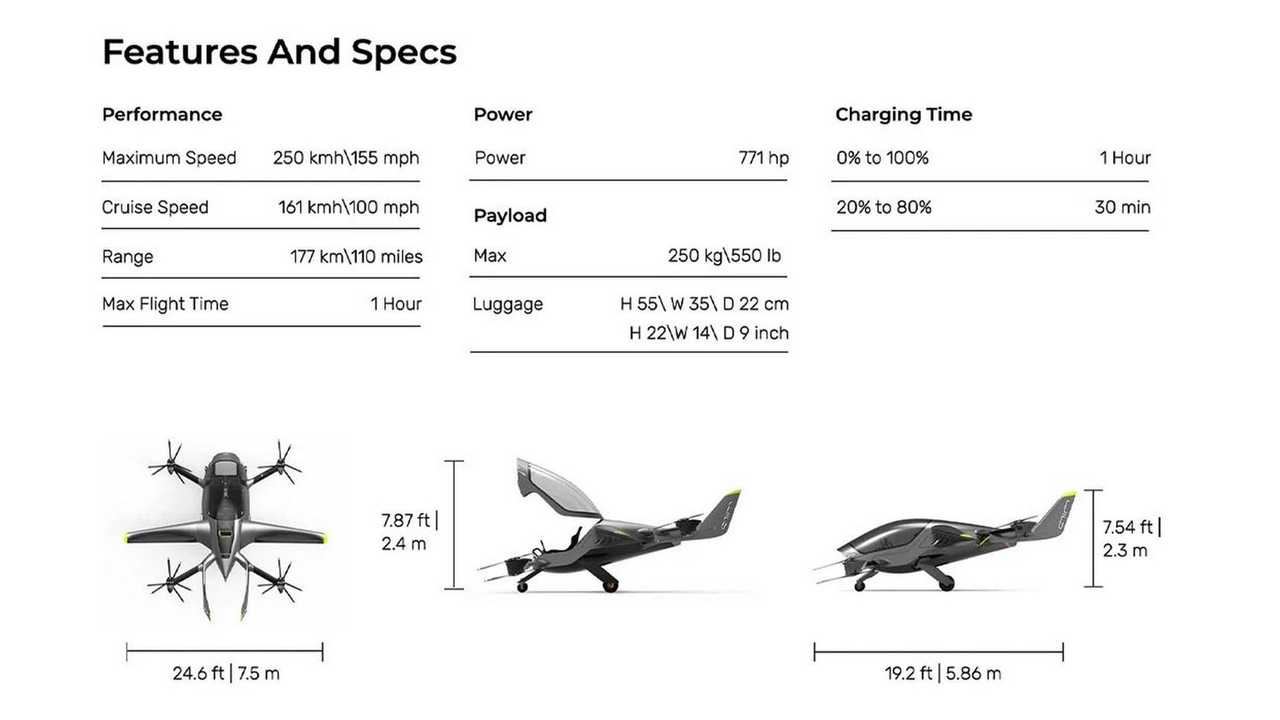 In the same press release, Air’s CEO and co-founder, Rani Plaut, had this to say:

“It is thrilling to have reached this moment in our journey as we strive to build the foundation to make personal air mobility a reality. AIR is incredibly proud to play a role in the global AAM movement, and we’re looking forward and upward to 2024 when the adoption of privately-owned eVTOLs takes flight.”

According to the official spec sheet, the electric Air One will have a maximum flight time of one hour, a total power output of 771 horsepower, and a cruising speed of 100 mph (161 km/h). A 30-minute charging session should increase the state of charge from 20% to 80%, while a full charge (0-100%) should take one hour to complete.

The company is taking pre-orders on its official website and claims it already has over 260 customers that paid the $1,000 deposit.